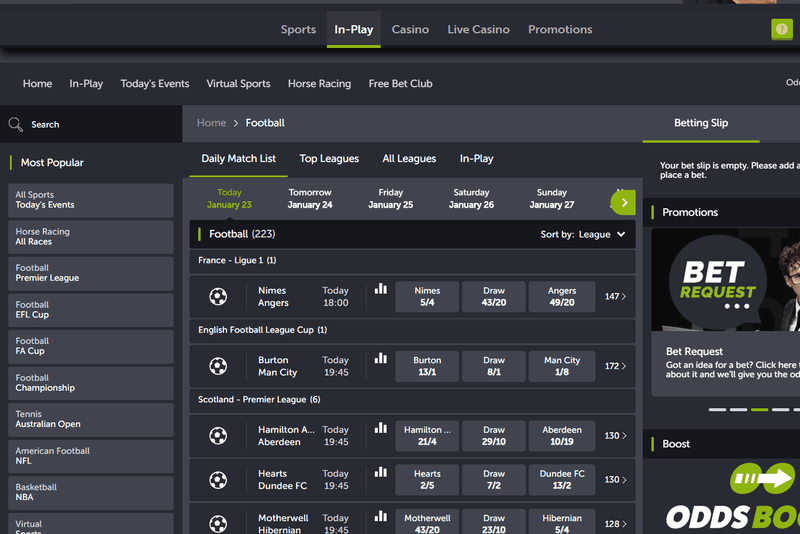 The guys at ComeOn have worked tirelessly to try and create something a little bit different in the gambling sector – a feat that shouldn’t be underestimated. They are still very much in their ascendancy, but it’s been impressive to see just how much they have improved in the short time they have been in the industry.

They haven’t tried to target the larger brands in an attempt to go head to head with them, but instead have concentrated on a handful of sports and markets, doing them to the best of their ability. A no-frills site it may be, but the essence of online betting is to have fun by trying to win money and all the gimmicks that often are used as leverage to get people into a site, are essentially just for show. 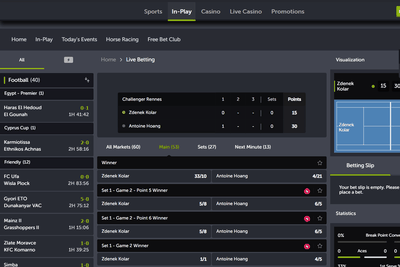 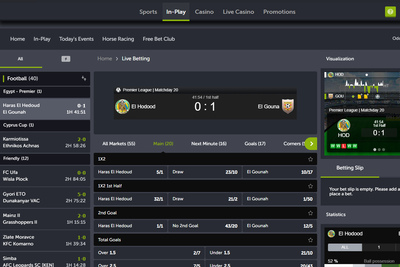 We briefly spoke about the site trying to be a little different, and none more so is this apparent than in their design. The black, white and green layout is really striking and it’s easy to navigate, which is imperative. It could be argued that it is a little on the boring side, but as punters we are looking for simplicity and functionality over style, all day.

The mobile app follows a simply theme in that whilst it’s not the best looking, just seems to work. With that in mind, we do feel that maybe it looks a little dated these days. Compared to some higher profile names in the industry, it does lack a little but if you are looking for a mobile app that will accompany a decent looking online site, you are in luck.

The coverage on site has probably seen the biggest changes over the relatively short time it’s been about. What started as a bookmaker that offered little, is now able to offer a wide range of sports and betting markets. As we mentioned earlier, the site doesn’t cover all the bases, with some notable sports such as cricket, rugby and even golf having fairly simplistic ranges of options to choose from.

But, your more mainstream sports such as football, horse racing and tennis are all really well covered and we reckon they are about as good as you will find when it comes to depth. Football matches are going to be getting well over 100 markets to choose from, with horse racing from all around the world covered.

It’s also worth noting that they have a pretty comprehensive American sports section which includes American football, baseball, basketball and ice hockey. All the major leagues are covered, but the inclusion of college and European leagues add a welcome layer of depth.

The pricing structure within the site is pretty decent, although nothing to really write home about. We tested multiple markets from multiple sports and found inconsistent results. Some prices were right up there with the best, but all too often we found that ComeOn lagged behind even the average odds for certain bets. We would advise that they are probably best used as part of a betting portfolio rather than on its own. This way you can target the times where they are well priced and avoid when simply not up to scratch.

The match stats on offer could well be the largest range that we have seen on any bookmaker. These include goal attempts, shots on target, corners, free kicks, off sides, throw ins, yellow/red cards, substitutions, saves, fouls and injuries. On top of that you get a live match centre to track what’s going on at any point in the match, such as what area of the pitch the ball is currently in.

The only downside is pricing, again. There’s a massive variance in the odds that were on offer against other bookmakers that we tested, which is pretty odd (no pun intended). Obviously with these types of markets it’s much harder to track accurately, but that was definitely the overall impression that we got.

The casino has been able to create quite a buzz when the first sprung onto the market, mainly down to it’s unique design. The black and green colours that are now synonymous with the brand were exciting and modern, but more importantly, offered something a little different to what was already on offer. The ‘Love’ section highlights which games players are currently ‘loving’ at that time, so it shows you which are popular.

The issue is, that almost 10 years down the line the site is starting to look a little dated. The text feels ultra small and whilst it’s still very much functional – which is massively important – the site feels like it’s in need of a good update. We did like the fact that it had a good search function and also showed which games are running hot in terms of frequency of payouts, but overall a fresh approach is definitely needed.

Whilst the mobile site has the same sort of colour scheme, the design feels a lot more fitting for a site that is highly regarded in the industry as being one of the best. It’s much easier to jump between games and we found that, even though the number of games are less when compared to online, the quality of games were much more improved as a result. The mobile app isn’t perfect though and we found that it crashed on us more than once within a fairly short period of time, so bear this in mind, although this could have just been a unlucky glitch that we came across.

The casino includes over 400 games, which we think is a good balance in terms of volume. You aren’t going to be overwhelmed by too many games whilst still having plenty of options when on the site. We really liked the inclusion of ‘My Casino’ which allowed you to save your favourite games to return to them quickly every time you log in. We feel that this should be a feature all casinos have, especially given the size of some of them, so kudos must go to ComeOn for this!

The slots section is going to make up the bulk of the game, with around 85% from the total on offer. The range of games is really good, which we aren’t surprised by given that they utilise software providers such as PlayTech, Microgaming and NetEnt, three of the biggest providers in the industry. The ‘Hot’ rating as discussed previously will likely be applied to the more mainstream slots such as Gonzo’s Quest and Starburst, but if you are looking for something a little off the beaten track, we would highly recommend trying Dead or Alive, Butterfly Staxx and When Pigs Fly!

As you move into the table games, the range continues to be impressive. Blackjack and roulette both rule the roost here with around 20 variants between them. Outside of this the likes of Texas Hold’em, Caribbean Stud, Baccarat, Oasis Poker, Casino hold’em, Red Dog, Punto Banco and Pontoon are all on offer.

The live casino is one of the newest additions to the site and we think it’s quickly turning into their strongest suit. You only get around 10 games in total, but the range is great, including roulette blackjack, three card poker, dream catcher, speed poker and baccarat. All games can be played in full HD and the set ups seem really professional, with great chat facilities.

A big strength within the casino is the number of jackpot games on offer. The games are taken from some of the biggest game developers in the industry and with it include the likes of Mega Fortune, Mega Moolah and Arabian Nights.

It’s also worth noting that you will be able to play a range of jackpot games outside of slots, such as live roulette, live blackjack, Caribbean stud poker and speed roulette. Although, it is worth noting that jackpots for games other than slots are much lower.

At ComeOn you get to choose from a pretty decent range of banking methods, which include debit cards, e-wallets and instant bank transfer. It’s worth noting that not all banking methods can be used on the app, for example, both Neteller and the bank transfer options aren’t available.

Deposits start from as little as £9 and will max out at £8,000 for e-wallets and £2,400 for debit cards. Fees will be applied on any deposits made using either bank transfer, Skrill or Paysafecard, amassing 5% of the total transaction.

Withdrawals will start from as little as £10 and max out at £8,000 for e-wallets and £4,000 for debit cards. If you wish to withdraw more than this, we recommend that you contact customer support prior to doing so. There are no fees reported to make a withdrawal, but it’s highly likely that you will be required to send in documents to verify your ID, so have these on hand.