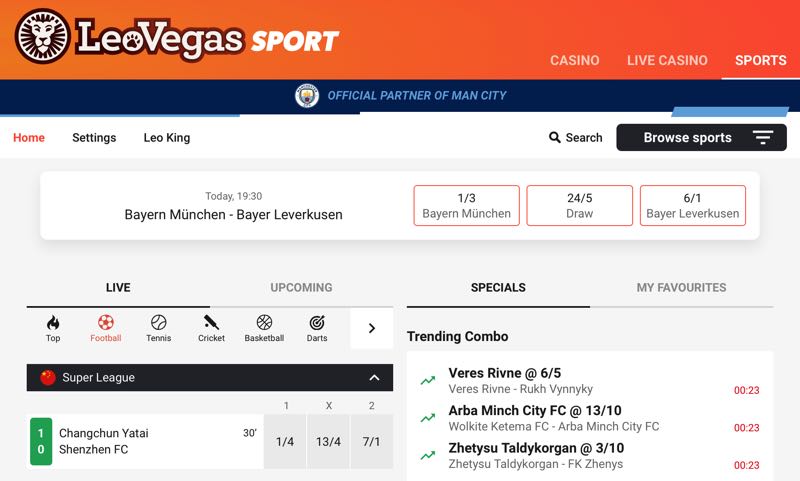 LeoVegas sprung onto the scene in 2014 with a cracking little online casino. The success that the company have seen in a relatively short period of time has seen them make a natural progression into the world online sports betting.

Given that the sports section hasn’t been around for all that long, it’s tough to compare to the traditional bookies. It’s quirky in it’s own way, but we think that it’s best considered as an extension of their casino room. So, if you were looking for a site to primarily play online casino with the occasional flutter into the sports betting sector, then they could be right up your street. 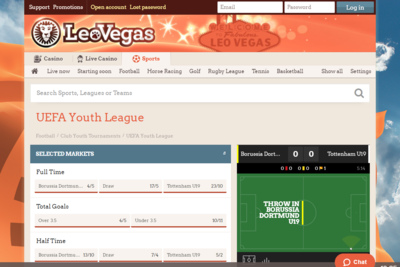 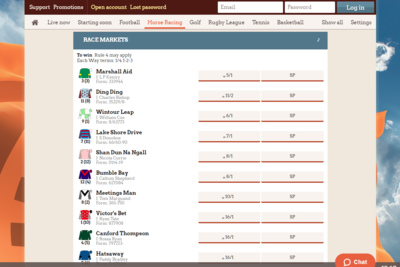 As we have mentioned, the company haven’t been around for all that long, in fact, just a couple of years now. But, in that time have made some pretty massive strides, especially when it comes to online casino. The sports betting sector has been an extension of their success and continues to grow for them. Even over the last couple of weeks of writing this review we have had notifications of new features that are constantly being added, highlighting their determination to succeed in this area of the industry.

When you land on their website it looks like very few that we have seen. The bulk of the homepage is made up with a scrolling banner of the latest offers, whilst below sits a few of their live and upcoming sports betting markets. Truth be told, it looks more like a blog than a bookmaker, but that’s not necessarily a bad thing as it’s different, and that’s hard to achieve in this saturated marketplace.

The sites design in HMTL 5 means that you are going to be able to access a mobile ready version of the site from any smartphone. It’s also worth noting that you can download it on iOS devices as well. The mobile version actually works better than the online site, at least in terms of functionality. They do away with the massive banner on the home screen and instead allow you to jump straight into a variety of sports betting markets straight from the off.

Coming in to this review we excepted to see a very limited range of betting markets, but we were wrong. They are actually very well stocked and covers dozens of sports ranging from athletics to water polo. Football plays a massive role with the bulk of the markets, along with the newly added horse racing markets, but then this rings true for about 90% of online bookmakers.

One of the most interesting aspects of their sportsbook has to be that of Leo Roar. Here you are going to find a number of price boosts that are targeted towards football teams Brentford and Norwich City, both of which are sponsored by LeoVegas. The boosts are only on markets that are related to a successful win for either of these teams, but they do offer good value whether you support them or not.

The pricing structure on site isn’t all that bad either. They were a little tricky to compare as some markets weren’t available, but from the ones we saw they were pretty well matched. We wont go as far as saying that they were ever going to be best priced, but somewhere down the middle would likely be the best way to describe them.

Overall though, we must say how impressed we were with what’s on offer. From the outside it doesn’t appear all that much is going on and it’s only when you really start to dig a little deeper do you find the range of sports and betting markets that are likely going to see LeoVegas Sports flourish. 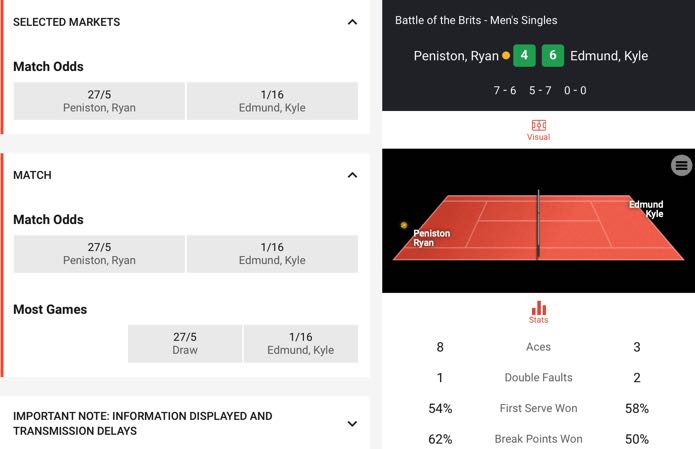 The live betting section needs to also be credited as it’s great. A lot of this is made up from football matches though and whilst they do offer other sports such as tennis, basketball, volleyball and cricket, it’s football which is going to have the largest range of markets to choose from.

We found that most of the higher profile games include around 50 live betting markets, which isn’t all that huge, but more than enough for most. On top of that you were also able to track the match from the live match centre, highlighting exactly what’s going on at any time. Below it was a small ‘events’ section, which included previous instances in that match, showing corners, goals and bookings.

The casinos online design is pretty easy to navigate between and actually quite good looking. Leo the Lion features heavily throughout and it’s easy to jump between the different game types, without having to view the full list from the homepage. We were pleased to see that they now offer up a search function, allowing to find your game of choice quickly. It’s also possible to see the ‘Top Games’, which are basically games that are popular with other players.

The mobile casino has a considerably fewer number of games to choose from, but it’s still one of the biggest stocks of games that we have seen. The app is a little bit dated these days and we think could probably do with a freshening up, just to fall in line with what they have created online. Having said that, we were able to play games via just a very low 3G connection, which is pretty rare from the ones that we have tested.

The casino utilises a massive number of game developers, which includes PlayTech, Microgaming, NetEnt and Evolution Gaming. In fact, we will go as far as saying that very few, if any casinos use as many game developers as LeoVegas. This allows them to offer up over 800 casino games in total, which again is one of the biggest collection of games that we have seen and why they are able to offer up so many on their mobile platform as well.

The one thing we will say is that the quality of games will vary quite considerably. They do use a number of smaller game providers, especially for slots, who simply aren’t able to reach the standard that we think all online casinos must meet. But, these games are few and far between, so we don’t really see it as a massive issue. The huge number of developers does mean that new games come thick and fast on site, so keep an eye out for these as sometimes they are pretty rare throughout the industry.

The slots section has over 700 games alone, which is huge amount to work through. To be honest, it’s a little too many for our liking and there is no way that you would ever need this many within the casino. Whilst the numbers seem impressive, we would be happy with nearer half this amount, just to not feel overwhelming. But, they are able to offer up some great games as result, with some standout games that we tested including Jungle Trouble, Panda Po, Copy Cats (twist on the game Angry Birds) and Dream Team.

With over 50 table games to choose from, you are getting one of the largest collections that we have seen at LeoVegas. The quality of games on offer is great and we think they really add depth and value to the casino. We were also pleased that they hadn’t flooded this section like they had slots, which makes things so much more pleasurable to use. Games include Blackjack, Roulette, Baccarat, Red Dog, Caribbean Stud Poker, Casino Hold’em, 3 Card Hold’em and many more.

The live casino has been one of the newest additions to the site and as you would come to expect from LeoVegas, they haven’t done things by half, with over 40 games to choose from. They use a number of software providers for this, such as Evolution Gaming, NetEnt, Extreme and a number of their own live casino tables. Games include Roulette, Blackjack, Three Card Poker, Baccarat and several variations of each of these.

Again, the jackpot games on offer are very impressive with over 25 games in total. They’ve got a number of the biggest games in the industry as well, such as Mega Moolah, Arabian Nights and Hall of Gods. It’s worth noting that LeoVegas has become quite synonymous with jackpot winners and even though these games are played across the game developers network and not exclusive to LeoVegas, it’s often though it’s one of the luckier casinos for potential winners.

You are going to be able to access a decent number of banking options on site as well, including Visa, MasterCard, PayPal and Neteller. Deposits start from as little as £10 and will be processed to your account immediately for use.

Withdrawals will start from just £20 and will incur no fees either. You can expect withdrawals to be processed within 5 working days and you may be asked to provide ID to confirm who you are. Any payments will be processed in your chosen account currency and may include exchange rate fees from your bank if it’s not your native currency.