Although the Gibraltar-based gambling firm Mansion have not closed for good, they announced in March 2022 that they would be stepping away from sports betting. Their decision saw the closure of the MansionBet brand, which had existed since 2018 (though the underlying company has been around far longer). As far as bookmaker closures go, this is one of the smoothest and unproblematic we have seen as the Mansion Group were still financial healthy at the time. 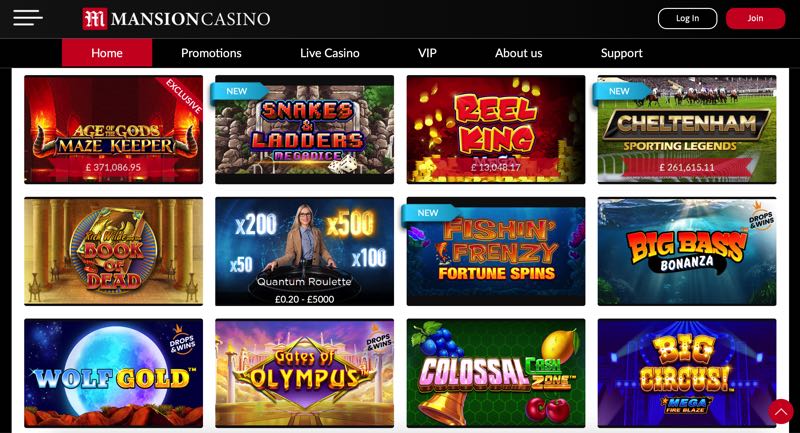 Since their foundation in 2003, Mansion has become a well-recognised name in the gambling industry. They have long specialised in casino gambling with their first online site, MansionCasino.Com launching in 2004. Their site also facilitated live poker and they had many players actively using their platform when signing a major sponsorship deal with Tottenham Hotspur in 2006. This £34m agreement helped boost awareness of the Mansion brand, particular in the UK market, and this is one of the areas where they have enjoyed a healthy amount of success.

As well as focussing on their original Mansion Casino site, the company also acquired the very sought-after URL of Casino.com in 2007, turning it from a marketing site into an online gaming site. Mansion Casino and Casino.com have been their main projects ever since, although they did launch SlotsHeaven.com in 2013 in an attempt to further increase their share of the market by offering something slightly different.

Having built up a trustworthy reputation over the years, Mansion took the strategic decision to expand their sportsbook offering in 2018. They had previously operated as a bookmaker but this was a change of emphasis. Rather than simply add sports betting onto the existing Mansion Casino site, they opted for a brand new website all together that went by the name MansionBet. It retained all the classic Mansion branding but it was the only Mansion-powered place where you could place bets on a wide range of sports. In addition to sports betting the site also offered casino & live casino games, albeit not as many that featured at Mansion Casino.

What Went Wrong for MansionBet? 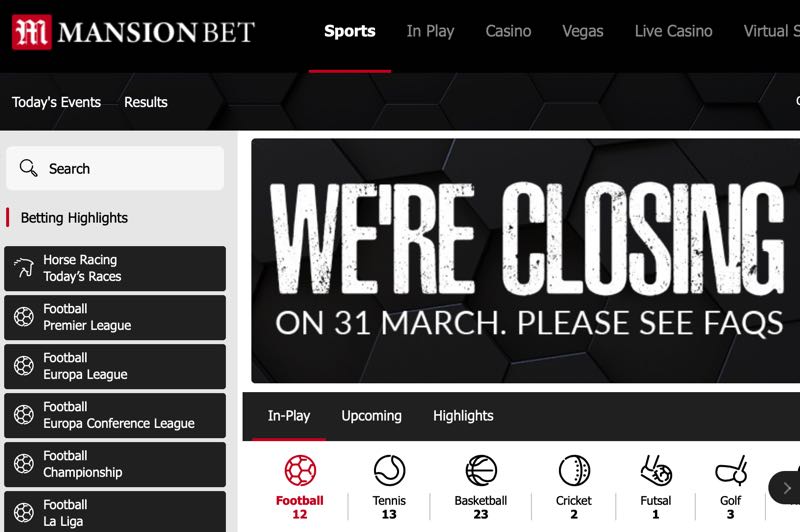 When announcing they would soon be closing the MansionBet site, Mansion Group CEO, Christian Block, did not elaborate too much on the decision. He simply explained that it was a “commercial decision” made after some “careful deliberation”. The safe assumption is that the brand simply was not generating enough money and that there was little belief that the situation would improve soon.

As for why the Mansion Group could not enjoy a better performance in the sports betting market, you certainly cannot blame awareness. When first launching MansionBet, the company was very well recognised, having been the main sponsors of the likes of Tottenham, Crystal Palace and Bournemouth. Recognition certainly was not lacking and it was not just football where their branding was highly visible. In horse racing, they had made a huge effort to promote their name, sponsoring over 360 races in 2021 alone, far more than most bookies.

Visibility is only part of battle though. Gavin Kelleher, a gaming & leisure analyst for Goodbody, said that it is difficult for any new sportsbook to compete against the main long-standing brands. He pointed to the many smaller brands that have been forced out the market in recent years as they have struggled to get a significantly large piece of the pie. Given that running a sportsbook does not come cheap, it can be hard to justify the business endeavour unless it is turning a tidy sum, which Mansion’s was likely not.

What About MansionBet Customers?

On March 8th, 2022, word had spread about MansionBet’s planned closure and a large ‘we’re closing’ banner subsequently featured on the homepage of the website. This page provided answers to questions they anticipated customers would have upon reading the news. Officially the closure date was set as 31st March, 2022 and, until this point, MansionBet promised to credit any winnings of open bets but they would refuse any new wagers or deposits.

No Hassle for Most

For bets that would not be settled until after 31st March, 2022, but before 28th April, 2023, MansionBet announced these bets would be honoured as normal. Although all customer accounts would be closed, players were told that they would be paid their full winnings without any complications. This was made possible because Mansion stated they would keep customer details for five years after the site closed, including payment information.

For very long-term bets extending further than 28th April, 2023, MansionBet simply made these void and returned the stake to the customer. Regarding withdrawing funds, again it was business as usual up until the 31st March with all customers free to empty out their balances using the payment method last used to make a deposit. For those that missed this deadline, this posed little problem as Mansion stated they would process withdrawals up until 28th April, 2023 providing customers sent them an email and supplied their account details.

What About Unclaimed Funds?

Any free bets/bonus money that existed on customer accounts simply expired on 31st March, 2021 and there was no way of retrieving these and they had no monetary value. As for unclaimed account balances, Mansion’s announcement outlined that their plan was be to donate any leftover customer funds to a responsible-gambling related charity.

At the time of their withdrawal from the market, MansionBet were the front-of-shirt sponsors for Bristol City and the back-of-shirt sponsor for Millwall. This briefly raised the question as to what these clubs would do, remove the sponsor entirely, switch to Mansion Casino or keep it as normal? A statement on Bristol City’s official site quickly clarified the situation, explaining that although the commercial partnership would end at the end of March 2022, their shirt would remain unchanged for the remainder of the season. 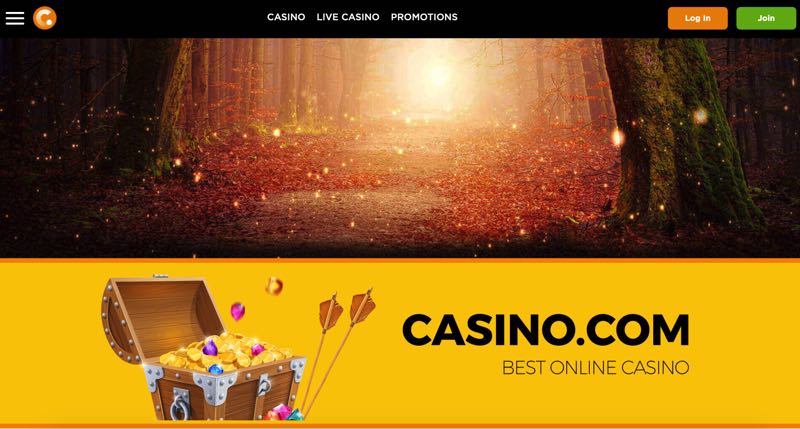 Mansion may have bowed out of the sportsbook market but they vowed to continue with their successful casino enterprises, which have long been the backbone of their company. In their announcement, they stated that the decision to drop MansionBet would allow them to focus on their award-winning casino brands, Casino.com, MansionCasino.com and SlotsHeaven.com.

At the time, Casino.com was on the cusp of being granted a licence for the soon-to-be regulated Ontario market so it was not a time of solely disappointing news for the Mansion Group, who we predict will continue to thrive in the casino world.