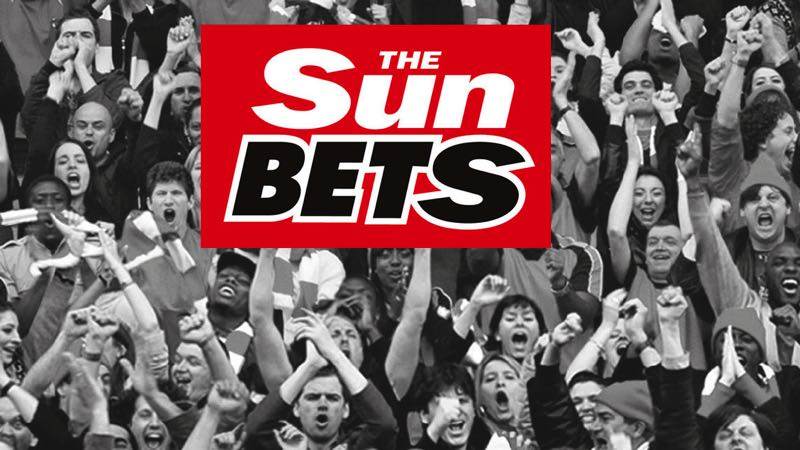 As one of the most popular newspapers in the United Kingdom, the Sun saw an opportunity to use its brand recognition to expand into the world of gambling. It was not completely uncharted territory as the ‘Sun Bingo’ brand had been going strong for over a decade since its inception in 2006. Still, stepping into the world of online betting poses its own challenges and a familiar name is not always enough. This proved to be the case here as the Sun Bets was unable to stick around for very long after suffering huge losses. 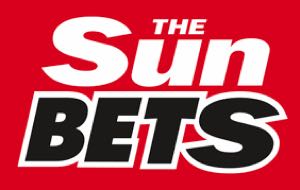 Sun Bets was not in-house creation; instead, they had partnered up with Australia’s largest gambling company, Tabcorp. The plan was to use Tabcorp’s expert knowledge of online gambling and combine this with the familiar name of ‘The Sun’ for some instant familiarity. At the time, the Sun was the largest newspaper and digital news brand in the UK (according to their owners) so they did have a great reach. This reach has allowed them to make a real success of Sun Bingo, as well as their fantasy football ‘Dream Team’ game.

With everything put in place and a brand new website created, Sun Bets launched in August 2016. It took nine months of preparation as the initial announcement of the partnership between News UK and Tabcorp came in December 2015. In these early days, the plan was to have Sun Bets establish itself as a ‘key player in the online betting business’.

To be fair to Sun Bets, they did make something of an attempt to match their ambitious goals. In October 2016, they signed a deal to sponsor the All-Weather Championships at Newcastle and soon after penned a three-year deal to back the Stayers’ Hurdle during the Cheltenham Festival. The latter certainly did not come cheap with this being one of the top National Hunt races of the season.

Eager to spread their name even further, those involved at Sun Bets decided to create some novelty bets ahead of a February 2017 televised FA Cup game featuring Sutton United and Arsenal. At the time the non-league side had a gigantic goalkeeper named Wayne Shaw who had feature heavily as part of the pre-match build-up because of his size. Weighing in at 23 stone, some referred to him – rather harshly – as the ‘roly-poly goalie’.

Sensing an opportunity for some cheap publicity, the Sun Bets offered 8/1 odds on Shaw eating a pie live on air at any point during the match. Shaw, who was on the bench, was duly caught tucking into a pastry during the game, but for the purposes of the bet, Sun Bets considered it to be a pie. This meant paying out many customers who had placed the bet, including a five-figure sum to one brave punter.

What was just a funny novelty bet soon turned sour though as Shaw found himself in hot water for ‘intentionally influencing a football betting market’. He subsequently resigned and gave an emotional interview with BBC Radio 5 in which he stated his “world fell apart” due to the incident. Sympathy towards Shaw, who had been placed in a damned if you do, damned if you don’t situation, meant attitudes turned against Sun Bets for their harmful stunt.

Not only did the reputation of Sun Bets take a hit but they were fined £84,000 by the UK Gambling Commission (UKGC) and had their license reviewed. The punishment, issued in April 2018, also took into account the fact that Sun Bets had offered odds on a streaker running onto the pitch during the game. During their investigation, the UKGC also discovered that Tabcorp allowed more than 100 self-excluded players to open duplicate accounts to place bets.

Their failings in this area meant that new conditions were attached to Tabcorp’s UK gambling licence. The UKGC took such a dim view of the entire Piegate incident that they warned Tabcorp that they could well lose its licence should it try a similar stunt in future. Upon receiving their punishment, 14 months after the incident, Tabcorp had no complaints with the ruling and fully admitted wrongdoing.

The Sun Bets were already having performance issues prior to the Piegate scandal and in the summer of June 2017, the brand underwent a major internal shakeup. A change in leadership was revealed along with several redundancies. This failed to have much impact, however, with Tabcorp CEO David Attenborough (not the national treasure we know and love, in case you were wondering!) describing Sun Bets’ performance as disappointing not long afterwards.

A mere two months after this and Tabcorp’s patience was starting to wear thin. They admitted that they would seriously consider ending their partnership with News UK if things did not improve in the near future. If any improvements did come towards the end of 2017 and into early 2018, they must have been very small because the brand headed to the guillotine in the summer.

The punishment from the Piegate incident seemed to be something of a final straw as less than two months later, Tabcorp confirmed its intention to cease its Sun Bets operation. Separation talks with News UK began in June 2018 and the following month they had reached a deal.

The initial arrangement between Tabcorp and Sun Bets, back in 2016, involved Tabcorp paying an annual fee of £12m for the rights to use the Sun brand. Tabcorp could not simply walk away from the site as they had a 10-year contract to honour. The Australian betting firm did avoid paying the full amount but Rupert Murdoch’s company were able to negotiate a break-up bill of £39.5m.

This additional payment makes the Sun Bets one of the worst betting ventures in UK history. In February 2018, Tabcorp said they had made an operating loss of £12.6m on the brand, in just six months, and suffered extra costs amounting to £28m. Full-year accounts reported a loss of approximately £51.4m, which for a company as experienced as Tabcorp is little short of a disaster.

Sun Bets may have been a massive failure but the company behind it, Tabcorp, was still enjoying huge revenues. In August 2018, the company posted revenues of $3.83bn including a net profit of $28.7m. With so much money at their disposal, the company had absolutely no issues paying back money that Sun Bets customers had in their accounts.

With trading ceased, a message on the Sun Bets website informed players they had until 2nd August to withdraw their funds. Failure to do so would result in Sun Bets attempting to return the funds to the card registered on the account. If this did not prove possible by 17th September, leftover funds would be donated to gambling charity GamCare. Some funds did end up going to the charity as some players had balances that were lower than the minimum withdrawal amount. 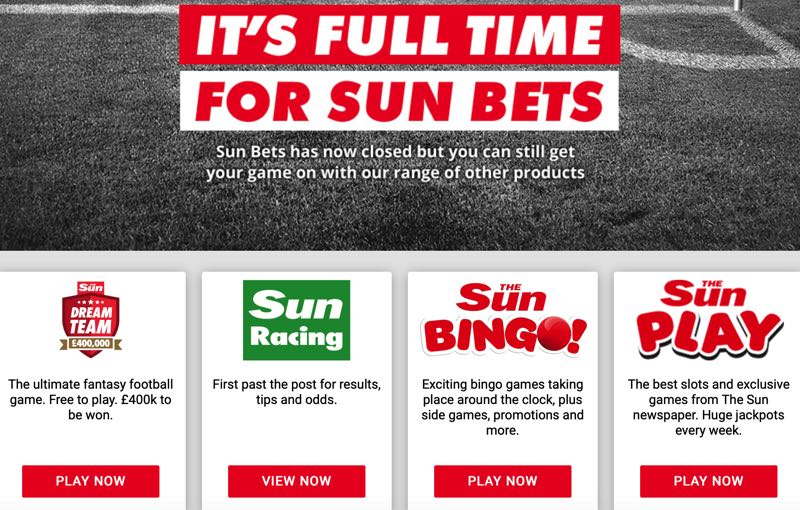 Sometimes when a bookie closes, it is the last you will ever see of the brand. Sun Bets is different though as another betting company may decide to revive the brand themselves. When exiting from the market, a News UK spokesperson said “we are increasingly confident in the reach and power of the brand and will firmly remain in the betting and gaming business. We now look forward to executing our vision”.

It is clear the News UK retains full belief in the Sun brand and they put the blame fully on Tabcorp for the failure of Sun Bets. They may struggle to find another investor though given that such an experienced name suffered such heavy losses trying to break into a massively competitive market. Add on top of this the millions News UK would demand for the rights to the Sun brand, and the Sun Bets cannot be a particularly attractive project in which to invest.