You might think that horse racing is an individual sport where winning is everything – and especially so at the Cheltenham Festival, where there’s huge sums of cash to be won every year.

That is true, of course, and given that the Festival is one of the most bet-upon sporting events in the world you can forgive punters for being as blinkered (pun intended) in their favouritism of their picks.

However, what many race fans aren’t aware of is that there is actually a team-based event being contested at the Cheltenham Festival too.

This pits Great Britain against Ireland in a simple contest to see who can train the most winners at the Festival – the winning ‘team’ earns the Prestbury Cup, named after the village that is closest to the famous racecourse.

How Does the Prestbury Cup Work? 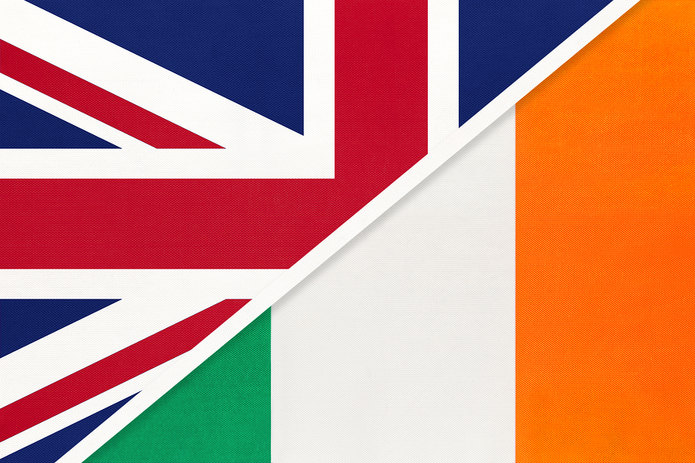 The process behind the Prestbury Park is pretty simple: all of the winners from the four days of the Festival are tallied up based upon the country in which they are trained.

So, on the Irish side of things all of the winners from the yards of Willie Mullins, Gordon Elliott, Joseph O’Brien, Henry de Bromhead and co are collated, as are British winners from the likes of Nicky Henderson, Colin Tizzard and Paul Nicholls, among others.

Once the champion has been confirmed, a representative of the winning team is presented with the Prestbury Cup – which features actual grass from the Cheltenham track – at the close of play on the Friday of the meeting.

History of the Prestbury Cup

The Prestbury Cup was first introduced in 2014, and it has been keenly contested every year since. 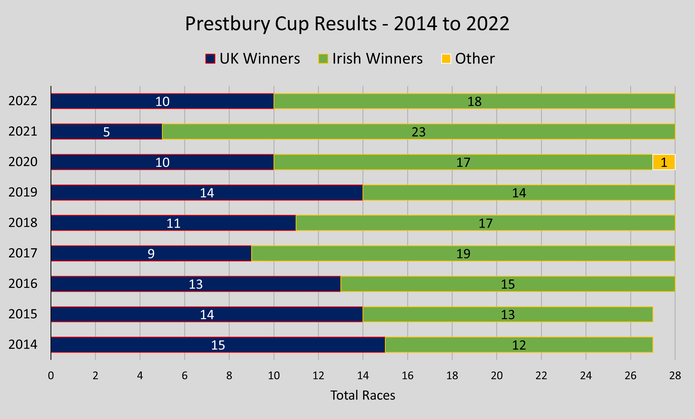 The inaugural edition went to Great Britain by 15 wins to 12, and the following year they got home by a solitary victory despite a late rally from the Irish on Gold Cup day.

The Irish broke their duck, in effect, in 2016 when they won the trophy ahead of Team GB with 15 wins to 13. Originally the result had been a 14-14 draw, however Any Currency, the UK winner of the Cross Country Chase was disqualified for failing a drugs test, with the race awarded to Irish trained Jossies Orders. A year later they absolutely demolished their opponents by a margin of 19 wins to 9.

A record winning margin came for Irish trainers in 2021 when they secured a huge 23 wins to Britain’s 5. The Prestbury Cup was actually decided on the Thursday with nine races to spare.

The improvement in Irish racing is a relatively modern phenomenon. In 1989, for example, there were no Irish trained winners at the Festival – the only time that has occurred in the past four decades.

This is certainly a golden generation for Irish racing, although in 2019 they could only share the trophy with GB after the two camps scored fourteen wins apiece.

Can You Bet On the Prestbury Cup?

You can, and it has actually become a rather competitive betting heat since the Irish started training many Cheltenham winners back in the 2010s.

When you think about it, the process behind backing either Great Britain or Ireland to win is straightforward enough – simply comb through the four days racecards, earmarking who you think might win, and at the end of the Friday you should have a running tally that hands the glory to one team or the other.

Remember, all of the races at Cheltenham are considered as important as the next – so, training a Gold Cup winner only gets one point to the tally, as do the less-prestigious handicap races.

There is plenty of value to be found then, and while Great Britain enjoyed supremacy in the Prestbury Cup betting market for a number of years they have since been matched – and surpassed – by the Irish.