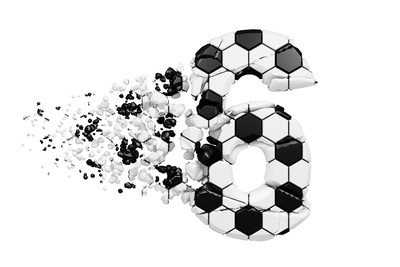 Fans of the beautiful game have come out in force to voice their opposition to the plans with the Premier League, EFL, UEFA and FIFA all denouncing the move from Europe’s elite clubs.

Members of the Premier League’s non-big 6 clubs are meeting on Tuesday 20th April to decide their next move, which could involve expulsion from the rebel clubs from competing in the division at all.

West Ham and Leicester are having stellar seasons and have occupied the top six and even top four positions for much of the campaign. So, who would be crowned Premier League Champions in recent years if the Big 6 and results against them were wiped from the records?

* Points totals are based on 26 matches. Matches against big six teams have been excluded – for more information see the methodology section below.

How We Calculated the League Tables 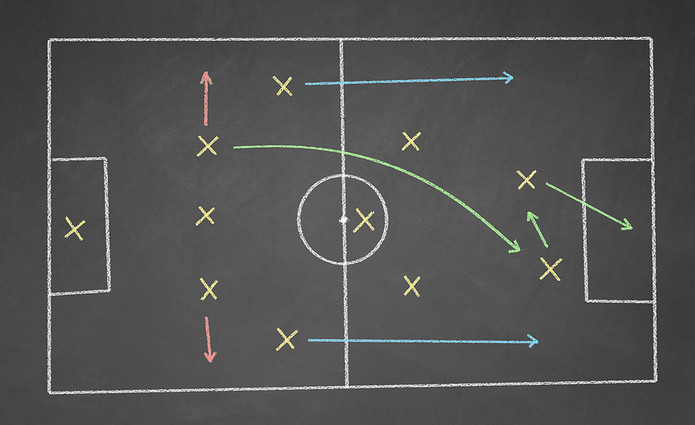 These tables were constructed by taking out the Big 6 clubs of Manchester City, Liverpool, Manchester United, Chelsea, Arsenal and Tottenham, and all games played against them in the league for each of the 14 remaining clubs both home and away.

This is a total of 12 games for each side, meaning they would have played 26 games in a season against each other. This also means that teams that performed particularly well against the Big 6 in a given season will lose more points than those who performed badly against them.

The 2019/20 was a historic one for Liverpool as they picked up their first ever Premier League title and their first league title in 30 years. The two Manchester clubs and Chelsea made up the top 4 positions with Arsenal ending the season all the way back in eight.

Without results against the Big 6, Leicester would be the clear league title winners, 5 points ahead of Burnley in second place. The original league table had both Wolves and Sheffield United above Sean Dyche’s Lancashire outfit, showing that they faired particularly badly against the top sides.

The 2018/19 season was a record breaking campaign for two of the Big 6, with Manchester City clinching the title by just one point from Liverpool. Liverpool’s tally of 97 points was the highest ever by a second placed side, and enough to win the Premier League in all but two seasons.

The Big 6 occupied the top six positions, with Wolves the best of the rest in seventh, ahead of Everton, Leicester, West Ham and Watford.

Taking out the Big 6 and the results against them however, and it’s actually Watford who would have been Champions, with Wolves dropping all the way back to seventh. Watford picked up just 3 points out of a possible 36 against the Big 6, a 2-1 home win against Tottenham. Without Manchester City, Watford wouldn’t have had to suffer a 6-0 FA Cup defeat, potentially a double winning season for the Hornets.

Wolves did remarkably well against the big sides, netting 16 points. These included home wins over Arsenal, Chelsea and Manchester United and an away victory over Tottenham.

Both Huddersfield and Fulham Would still have finished in the bottom three. Huddersfield too just one point off the big six, Fulham didn’t win a single point. Without playing the big six it would’ve been Southampton who joined them in place of Cardiff City however. The south coast side actually picked up 8 points against the Big 6, beating both North London sides at St Marys.

Manchester City scored a record 100 points in 2017/18 to win their third Premier League title. They were 19 points clear of nearest rivals Manchester United, with Tottenham and Liverpool qualifying for the Champions League. Chelsea and Arsenal completed the top 6.

Seventh placed Burnley were again the best of the rest when taking out the results against the Big 6. They would have had 47 points against Everton’s 45 and Crystal Palace with 40.

West Brom are bottom of both tables, even though they won 10 points against the Big 6 that year with a home win against Tottenham and and away win against Manchester United at Old Trafford.

With or without the Big 6, Swansea and Stoke would join West Brom in the relegation positions.

Chelsea were champions in 2017, finishing the season with 93 points, 7 clear of Tottenham in second place. Manchester City were third with Liverpool in fourth. Arsenal and Manchester United were fifth and sixth respectively. Everton finished seventh, fifteen points clear of Southampton in eight.

The revised table also had Everton top, but the gap to Southampton was reduced to nine points.

Sunderland, Middlesbrough and Hull finished in the bottom three positions in both versions of the league.

This was the season that really turned the tables, with Leicester City the longest priced league winners in the competition’s history. They were ten points ahead of Arsenal in the second place with Tottenham and Manchester City making up the Champions League places. Liverpool were back in eighth and Chelsea all the way down in tenth.

Without the Big 6, Leicester were a whopping 21 points clear of Southampton in second with the Foxes picking up 17 points against the traditional Big 6.

Aston Villa, Newcastle and Norwich make up the bottom three with the Big 6 or without them.

Without these sides it would have been Southampton who would have triumphed this season. The Saints would have been a comfortable seven points clear of Swansea, with Everton a further four points back.

QPR, Hull and Burnley all would still have been relegated though it would have been the Clarets who would have been bottom rather than QPR as they had picked up a rare home win over Manchester City alongside four draws against the top six.

Manchester City won just their second Premier League title in 2013/14 with Manuel Pellegrini’s side pipping Liverpool to the title by two points. Liverpool were top of the league with three matches to play but dropped points in successive games as a result of Steven Gerrard’s infamous slip against Chelsea at home, and losing a three goal lead at Crystal Palace the following week.

Defending champions Manchester United slipped to seventh in their first season after the retirement of Sir Alex Ferguson, with Everton breaking into the top six by finishing in fifth spot.

Without the Big 6, Everton would have been clear winners, 8 points ahead of Southampton and 16 clear of Crystal Palace.

Cardiff, Fulham and Norwich were relegated after this campaign but without the Big 6 bottom side Cardiff would have been joined by West Brom and Sunderland in the second tier. West Brom picked up 9 points against the Big 6 and Sunderland an impressive 10 points.

Manchester United were comfortable winners of the league in Sir Alex Ferguson’s final season in charge of the Red Devils. United won their thirteenth Premier League title and twentieth league title this campaign, finishing 11 points clear of Manchester City. Chelsea, Arsenal and Tottenham followed but Everton in sixth finished ahead of city rivals Liverpool in seventh.

Without the Big 6 it would have been Everton again who would finish top, eight points ahead of West Ham United who were the next best.

QPR and Reading were the bottom two with FA Cup winners Wigan also going down. Without the Big 6 results however, Roberto Martinez’s Latics would have survived and been replaced in the bottom three by Southampton who picked up a vital 11 points against the Big 6 sides.

This season will forever be remembered for Sergio Aguero’s last minute winner against QPR to snatch victory form the jaws of defeat in the final game of the season to give Manchester City their first Premier League title, and first league title since 1968.

Manchester United were second on goal difference with both sides well clear of Arsenal and Tottenham in third and fourth place respectively. Chelsea finished sixth but won the Champions League that season, with Liverpool down in eighth.

Newcastle United finished in fifth place and without the Big 6 they would have finished 9 points ahead of Everton, who would have been followed by Norwich and West Brom.

Wolves, Blackburn and Bolton were relegated but with games against the Big 6, Bolton would have survived at the expense of QPR.

Manchester United took until the last week in November to reach the top of the table but it was there that they stayed to win the Premier League and equal Liverpool’s record of nineteen top-flight titles. Chelsea, Manchester City, Arsenal Tottenham and Liverpool completed the clean sweep of top six positions for the Big 6.

West Ham, Blackpool and League Cup winners Birmingham were relegated but the Midlanders would have survived if they hadn’t played the Big 6 with Wolves going down in their place.