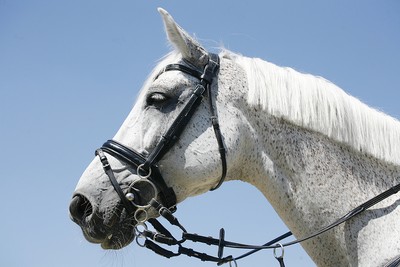 Grand National winners come in all shapes and sizes, from the powerhouse Red Rum to the rather more diminutive Tiger Roll.

They come in all different colours too, from chestnut and bay to black and grey.

The latter tend to be the rarest colour of all racehorses, and so naturally the percentage of Grand National winners that were grey is a lot lower than the more common browns and blacks.

And if you are watching the race on TV and struggling to find your horse amongst the 40 runners, well, you’ll rarely have that problem when backing a grey!

What is a Grey Horse? 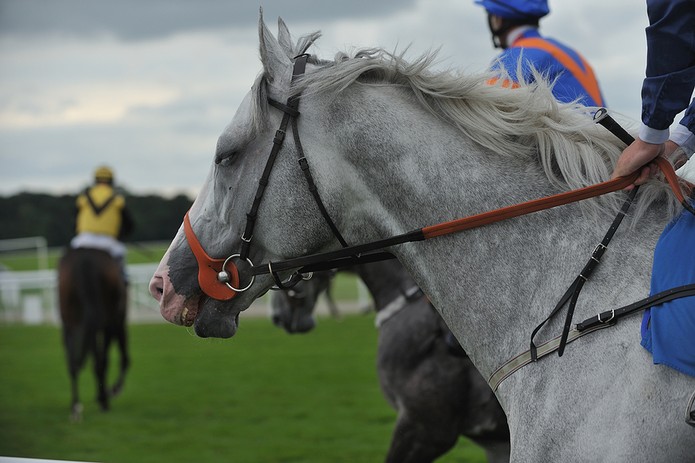 While far from an equine version of ‘50 Shades of Grey’, there are those with a predilection for this most unique of horse tones.

Science fans will enjoy learning that the grey colouring is caused by a consistent depigmentation of the hair, and – like in humans – the colour change can be more noticeable the older that the horse gets.

Grey horses range in nature from the almost pure white to ‘roan’, which is like a technicolour dreamcoat where neither grey nor black/brown are the dominant colour.

Which Grey Horses Have Won the Grand National?

At the time of writing, just three grey horses have won the Grand National…and there was a 144-year gap between the first and the most recent!

The first is also one of the most noteworthy. The Lamb won the National in 1868 and 1871 – one of just nine horses to win the Aintree spectacle on more than one occasion.

Impressively, his victories came with different jockey-trainer combinations each time, with George Ede and Ben Land replaced by Tommy Pickernell and Chris Green. The one consistent presence was The Lamb’s owner, Earl Poulet, whose ancestor Sir Amias Poulet served as the Captain of the Guard to Queen Elizabeth I.

There would be a gap of almost a century – 90 years, to be precise – until the next grey winner of the Grand National emerged. That would be Nicolaus Silver in 1961, who took advantage of a very generous 10st 1lb handicap to land a 28/1 winner for his backers.

It was the only major win of his career, although trainer Fred Rimell had already won the Grand National with ESB five years earlier. All told, Rimell trained four National champions (including Rag Trade, who beat Red Rum in the race) and two Cheltenham Gold Cup winners.

The third and most recent grey Grand National champion was Neptune Collonges in 2012. He was Paul Nicholls first – and so far only – winner of the big race, with Daryl Jacob in the saddle. Carrying 11st 6lb, the 33/1 shot was the heaviest National winner since Red Rum in 1977.

Which Grey Horses Have Run in Recent Races? 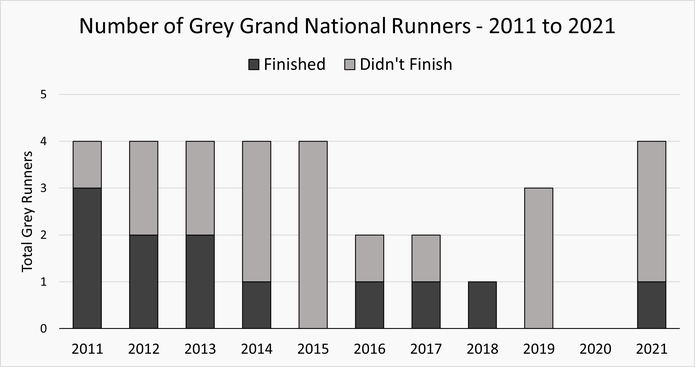 You have to be a remarkable stayer to have a chance of winning the Grand National, and the huge grey horse Bristol De Mai certainly fitted the bill.

The three-time Betfair Chase winner and Haydock Park specialist finally got his chance in the 2021 National at the age of eleven, but sadly he found it all a bit too much and was pulled up.

Farclas was one of the betting market principles in the same race at 16/1, and his classy profile – with Tiger Roll trainer Gordon Elliott in the background – ensured plenty of money came in for this quality grey horse. And he secured each way backers a return, of sorts, when he finished fifth….around 30 lengths shy of the Rachael Blackmore ridden winner, Minella Times.

Trevor Hemmings knew a thing or two about Grand National champions – he owned three former winners of the showpiece race – and one of his entries in the 2021 edition, Lake View Lad, was considered a potential outsider with chances after a wind operation. Unfortunately, the horse and jockey Brian Hughes made a rather hasty exit from the renewal, falling at the first fence!

At 100/1, Tout Est Permis was a grey horse many considered to be simply making up the numbers. But he and rider Sean Flanagan gave backers a decent run for their money, travelling in midfield until sadly being pulled agonisingly short of the line after the 29th fence.