A series of disasters at football matches decades ago led to a complete change in how fans are able to watch their favourite teams.

Scores of people died in tragedies at Ibrox, Hillsborough and Valley Parade, and each led to subsequent investigations as to how spectator safety could be improved.

One of the ramifications of those reports was the introduction of all-seater stadiums, which has – by and large – been kept in place to this day.

However, in recent times there has been a sea-change in thought about how fans are able to watch the game, and while safety remains of paramount importance there has been a relaxing of the rules of late.

So-called ‘rail seating’ is starting to be introduced in some new stadiums built in England, which incorporates elements of both seated and safe standing areas.

Manchester United are the latest Premier League club to announce the introduction of rail seating, with a section in the north-eastern section of Old Trafford to be overhauled – introducing safe standing for up to 1,500 fans.

Season ticket holders with the Red Devils had been informed that a safe standing trial will be conducted at the tail-end of the 2019/20 campaign.

Could this be the start of a major shift back towards standing at British football matches?

So Why Has Standing at Football Matches Been Such an Issue?

Sadly, it took a number of people losing their lives before the issue of fan safety at football was really taken seriously.

The Ibrox disaster of 1971 saw the introduction of the Green Guide, and subsequently the 1989 Hillsborough tragedy – in which 96 fans of Liverpool died – led to the Taylor Report.

Lord Justice Taylor found that there were a number of causes of the disaster, but that safety would have been improved had seated areas been introduced instead of standing – too many people were cramming onto the terraces. With all-seater stadiums, a simple ticketing system allows crowd numbers to be managed.

The report was published and both the Football Association and the Scottish FA agreed to comply with its findings by August 1994, meaning that all teams in the top two divisions had to introduce all-seated areas into their grounds.

The government solidified the Taylor Report with their own Football Spectators Act 1989, a law that required all football grounds to become all-seater as ordered by the Secretary of State.

That led to all affected clubs making significant changes to their present stadiums or deciding to build new homes altogether. Famous terraced sections were replaced with seated areas, such as Manchester United’s Stretford End, the Spion Kop at Anfield and the North Bank at Arsenal’s former home Highbury.

What is the Green Guide? 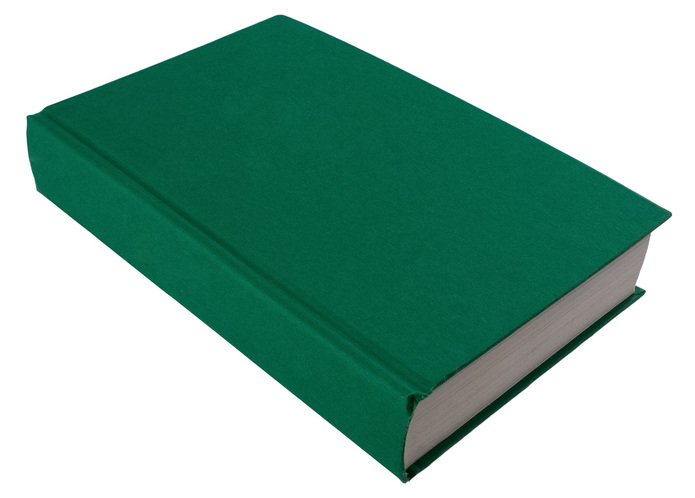 Before the Taylor Report, the UK government commissioned a study by Lord Wheatley into the conditions that caused the Ibrox disaster in 1971.

From that came the Guide to Safety at Sports Grounds, which would latterly become known as the Green Guide.

This outlines a number of guidelines as to how best ensure spectator safety at sporting venues, and is now used by architects and engineers when designing and building new stadiums or renovating older grounds.

The Green Guide has been continuously updated through the years to ensure it remains current and relevant, with the second edition published in the wake of a study from Lord Popplewell into the fire at Bradford City’s Valley Parade stadium in 1985, which killed 56 people.

The Green Guide isn’t legally binding on its own, meaning that stadiums and sports clubs don’t have to uphold its recommendations, although many of those have found their way into law as part of the revised Safety of Sports Grounds Act 1975 and the Fire Safety and Safety of Places of Sports Act 1987.

The concepts within the Green Guide were solidified as well by the Taylor Report, with Justice Taylor stating that ‘….evidence I have received suggests that the Green Guide many not be followed as closely as is desirable.’

A third edition of the Green Guide was published in 1990 to build on the post-Hillsborough findings.

Were There Any All-Seater Stadiums Prior to This?

The first football club in the UK to have an all-seater stadium, of sorts, was Clydebank.

When they were promoted to the Scottish Premier Division for the 1977/78 season, Clydebank had to comply with the Safety of Sports Grounds Act because the capacity of their Kilbowie Park ground was above 10,000.

Facing a heavy bill, they replaced the standing areas with wooden benches, which brought their capacity down to 9,950.

In 1985, a riot at an FA Cup game between Luton Town and Millwall was caused indirectly by aggravation on the terraces, and so the Hatters changed their Kenilworth Road home to complete seating the following year.

Following the Hillsborough disaster, Ipswich Town were the first to switch to all-seating at their Portman Road home, while St Johnstone were the first British club to build a new stadium to comply with the new legal requirements in 1989, just weeks after the tragedy.

Yes they do, although at English Premier League and Championship matches they shouldn’t be.

It just becomes incredibly difficult to police in asking persistent standers to sit down, and there is a domino effect whenever the action approaches either goal with fans springing to their feet.

The argument from supporters is that it improves the atmosphere by leaving them feeling more engaged in the game, but it can ruin the experience for children who miss out on seeing the key moments on the pitch when a fully-grown adult is standing and obstructing their view.

That has undeniably led to flashpoints in stadiums, and you wonder how many families have actually turned their backs on football in this all-seater era.

Is Rail Seating the Answer to Standing at Football Games?

A governmental report from the Sports Grounds Safety Authority (SGSA), published in 2019, found that seating areas inside stadiums that also utilise a standing barrier can have a ‘positive impact on spectator safety.’

The study looked into areas such as persistent standing, and offered guidance as to how safe standing could be implemented into British football.

After analysing the findings, the government confirmed they would ‘work with fans and clubs towards introducing safe standing’, while the FA, the Premier League and the Football League have all suggested they would allow their member clubs to introduce safe standing if it was signed off by the relevant local authority.

The changing mindset has been supported by the invention of rail seating, which are unique seats that can be locked in an upright or standard position depending on the need.

The metal frame that the seats are attached to then provide a safe standing barrier for the row of fans behind. There are rather exacting criteria that must be met, including a compulsory minimum of 700mm of space between each seat and rail, but the general consensus is that rail seating is the future for safe standing in football stadiums.

The concept of rail seats and safe seating areas is starting to be introduced into new and existing stadiums. Wolves are upgrading their Molineux home in such a way in the summer of 2020, while Spurs’ shiny new Tottenham Hotspur Stadium has ‘future proofed’ safe seating zones that can easily be changed to standing. The blueprints for Everton’s new home also feature safe standing areas.

Can You Stand At Any British Football Matches?

The first thing to note is that many ground safety regulations aren’t adhered to in Scotland, however the Scottish Premier League has made all-seater stadiums compulsory. Celtic were the first club to introduce rail seating in 2016, after they were granted special dispensation by Glasgow Council.

But in the lower leagues north and south of the border standing is allowed – the all-seater laws only apply to clubs who have been in the top two divisions in England for three consecutive seasons.

This has been the case since 1992, when the government allowed a relaxation of their regulations introduced after Hillsborough. It was simply too expensive to expect all lower league clubs to introduce seating on their terraces.

What are the Rules Regarding Standing at European Football Matches?

Following the law changes in the UK, other global football governing bodies decided that all-seater stadiums had to become mandatory – that included UEFA, FIFA and CONCACAF.

This refers to all competitions held in countries under their jurisdiction, so clubs in nations under UEFA rule cannot have standing areas in their stadiums – these must be closed to supporters.

Some grounds have found a workaround, such as Croke Park, the huge Irish stadium. When Champions League or international ties are played here (the Republic of Ireland played some matches at the venue when Lansdowne Road was being redeveloped), officials introduce temporary seating onto the terraces.

One major footballing nation that has objected to the all-seater rules is Germany, hence why standing zones are still prevalent at Bundesliga matches.

Anybody that has been to one of these games can vouch for the atmosphere these help to produce, such as Borussia Dortmund’s famous ‘Yellow Wall’ of 25,000 fans in the standing section of their Westfalenstadion home.

It’s also why Bundesliga attendances are so high, with the Westfalenstadion enjoying a capacity of 81,360 for domestic matches and 65,829 when temporary seating is introduced for Champions League games.

Soon, at English football grounds and many across Europe, safe standing sections are likely to be reintroduced – much to the pleasure of fans of the beautiful game.

Previous Post: « Should Gambling Sponsorship Be Banned in Football?
Next Post: AFC Wimbledon: The Weird and Wonderful World of the Football Club That Refuses to Die »