The international football rankings published by FIFA suggest that if the average mere mortal wants to earn a cap they should try to find a long-lost family bloodline in San Marino, the British Virgin Islands or Anguilla – the three worst-ranked nations in the sport.

At the other end of the spectrum, the top of the rankings should – in theory – detail the best team in world football too, and right now it’s Belgium that have been bestowed with the honour of being the finest outfit in the game.

The Belgians are yet to win a major trophy, however, which suggests that the FIFA ranking system is, in some way, flawed, although you suspect that Euro 2020 – finally set to go ahead this summer – will present Roberto Martinez’s team with their best chance yet to right that wrong.

By the end of the tournament, we will have further evidence to confirm or deny whether FIFA’s world ranking system is accurate and of any consequence, and of course it’s always interesting to look back at past editions of the Euros to see how well the standings stood up to scrutiny in years gone by.

In the end, we will be able to answer the question – can the FIFA rankings predict who will win the Euros?

When the FIFA Rankings Got It Right

We’ve used the last six editions of the European Championship as a guide, and overall you would have to argue that the FIFA rankings ARE a decent enough arbiter for success….as these examples show.

In the lead-up to Euro ’96, Germany were the highest-ranked European team in the world – second only to Brazil, in fact, in the global outlook.

And they certainly cashed in on that lofty status when lifting the trophy at Wembley Stadium….

However, their run to the final was far from easy, and indeed had Paul Gascoigne just been able to stretch that bit further to convert Alan Shearer’s cross then England, ranked 24th at the time (behind Zambia and Tunisia), would have dumped the Germans out in the semi-finals.

Barely anybody predicted that the Czech Republic would reach the final of Euro ’96, but the FIFA rankings seemed to hint at it – the Czechs were ranked tenth at the start of the tournament.

Elsewhere, we saw how little thought of England were, while the other losing semi-finalist – France – were the fifth best team in the world at the time according to the governing body.

As you might expect, the FIFA rankings tend to be heavily skewed in favour of those who perform admirably at the World Cup – which is then a factor in how the standings look when the next edition of the European Championship comes around.

France, having lifted the Jules Rimet trophy in 1998, should have been the top ranked side ahead of Euro 2000 – and yet that honour was handed to Brazil. And, more curiously, the Czech Republic were ranked third in the world largely due to their exploits four years previously.

You could argue that this was a failing in the rankings system, however France – number two in FIFA’s chart and the best in Europe – were expected to reach the final by the governing body, and that’s exactly what they did.

They went on to defeat Italy (ranked 14th) in that final in Rotterdam, with David Trezeguet’s Golden Goal sparking scenes of jubilation across France.

According to FIFA’s number-crunchers, Argentina and Brazil were the best teams in world football heading into the summer of 2008.

Their rankings implied that Italy would meet either Spain or Germany in the final of Euro 2008, and to their credit they weren’t far wrong.

But it was the Spaniards and the Germans that would contest the showpiece in Vienna, with Fernando Torres’ goal ultimately separating the sides.

For those keen to contest the worth of FIFA’s rankings, it’s worth noting that the semi-finalists Turkey and Russia were ranked a lowly 25th at the time.

The defending European and reigning world champions, it’s no surprise that Spain were ranked top of the pops by FIFA in 2012.

And they would capitalise on that standing by successfully defending their European Championship crown, demolishing Italy (ranked 12th) 4-0 in the final.

Both losing semi-finalists, Portugal and Germany, were also firmly established in the top-10 too, so we can say that FIFA were very much on the money in 2012.

When the FIFA Rankings Got It Wrong 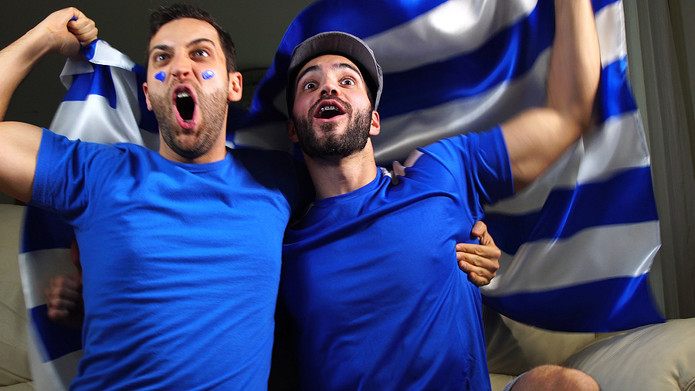 It hasn’t been absolute perfection when using the FIFA rankings as a predictive aid at the European Championships, as anomalies can and do happen in this tournament.

There were six European teams in the top-10 of FIFA’s rankings heading into Euro 2004 – and not one of them made the final.

Indeed, only the Netherlands reached the semi-finals from that vaunted list, and no rankings system, betting odds or crystal ball would have predicted what actually unfolded a the tournament in Portugal.

Greece, ranked 34th at the time by FIFA, would defeat numerous higher-status opponents on their way to the final, where they would break home hearts by overcoming the hosts – Portugal were ranked 20th – with a 1-0 win.

For context, Greece’s historic victory would be the equivalent of Slovakia winning Euro 2020!

The fourth highest-ranked European team of the time, maybe we shouldn’t have been surprised that Portugal prevailed at Euro 2016.

But the bizarre inconsistencies of FIFA’s system of rating teams were revealed when France, perennial big tournament contenders, were ranked just 21st – below Bosnia-Herzegovina and Hungary, somehow.

Wales, ranked 24th, reached the semi-finals too albeit as a surprise package, so perhaps Euro 2016 was one of those competitions where the irregularities of the FIFA rating system were revealed.

Previous Post: « How Often Does the Favourite Win the European Championships (Euros)?
Next Post: How Often Has a Female Jockey Ridden in The Derby? »