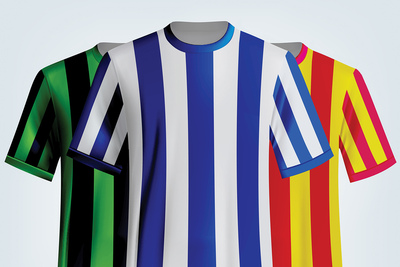 It’s been a tough few months for the betting industry.

First off, the government waded in to cut the maximum stake allowed on Fixed Odds Betting Terminals (FOBTs) to £2, from the previous £100. This will lead to significant loss of profits.

And now the Remote Gaming Association (RGA) has agreed a voluntary ban on television advertising, which means that the likes of Ladbrokes and Paddy Power won’t be allowed to advertise their ‘products’ from whistle-to-whistle during all televised sports apart from horse racing, which has been exempt from the ban.

There were more than 100 complaints from viewers about the number of betting-related ads on TV during the World Cup, and the RGA has made the voluntary step to end such advertising presumably before law-makers brought their own regulations to the market.

It does make you wonder where the attack on betting operators will end, with more and more football clubs and organisations turning their backs on the industry.

Take the Football Association, for example. They ended their lucrative deal with Ladbrokes – worth a considerable £4 million a year – as they ‘couldn’t justify having a betting partner’ at a time when responsible gambling is such a hot potato for discussion.

Their statement read: “At the May board meeting, it was agreed that the FA would end all sponsorships with betting companies starting from the end of the 2016-17 season.

“The decision was made following a three-month review of the FA’s approach to it as a governing body taking betting sponsorship, whilst being responsible for the regulation of sports betting within the sport’s rules.

“The FA will continue to work with betting companies, including Ladbrokes, as they play a key role in sharing information on suspect betting patterns and so help in regulating the game.”

It feels like a prelude to further action, and with betting firms such a visible presence in football at all levels in the UK you wonder how hard the hammer will drop when regulation is brought in to outlaw sponsorships and ‘preferred betting partners’ going forward. 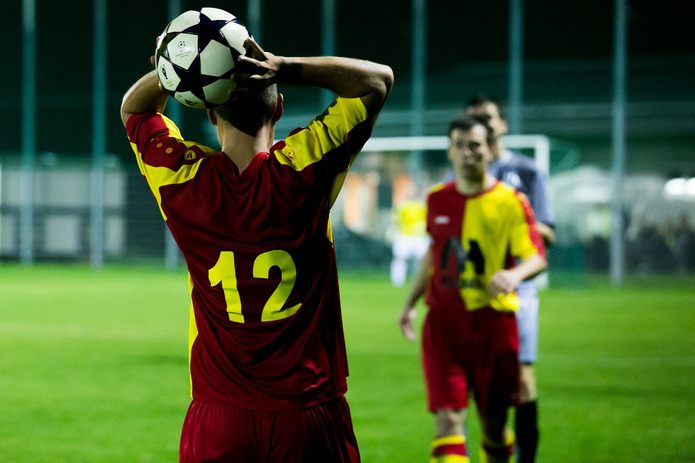 More than half of all clubs in English football’s top two tiers are sponsored by betting firms, and as such have their branding emblazoned across their chests.

With replica shirt sales showing no signs of slowing down, that means by extension that thousands of children are unwittingly coming into contact with gambling operators from a young age.

As Marc Etches, the chief executive of GambleAware, says: “We have been saying for a long time now that gambling is being increasingly normalised for children. They are growing up in a very different world than their parents, one where technology and the internet are ever present.

“So while we welcome this move by betting companies, it is important to pay attention to analysis that shows the marketing spend online is five times the amount spent on television.

“The fact that it is reported that one in eight 11-to-16 year olds are following gambling companies on social media is very concerning.”

This, clearly, is something of a moral dilemma for the FA, especially given the revenue that betting companies pump into the sport via such sponsorship deals.

Can football live without betting? And can betting live without football? The answer is yes on both counts, but clearly this is a relationship with considerable mutual benefits.

The Extent of ‘The Problem’

The number of gambling firms using shirt sponsorship has reached unchartered territory in the 2018/19 campaign.

Nine of the twenty Premier League sides have a betting platform on their shirt front, from big firms like Betway to newer niche operators like the Chinese run Fun88.

Meanwhile, a whopping 71% of all Championship teams are sponsored by a betting company, while the Football League itself carries the SkyBet branding.

“This is worrying,” said Gambling Watch UK’s professor, Jim Orford. “There is evidence that gambling is becoming ever more normalised, particularly among young people, so that increasingly betting is seen as part and parcel of following and supporting one’s favourite sport or team.”

And as Etches continued: “I think we are at a tipping point in terms of the relationship between professional sports and gambling.

“Watching football and having a bet is becoming normalised, but we’re not talking about it.”

As ever, there is always the conflicting side of the argument. An EFL spokesman said that gambling firms ‘make a significant contribution to the ongoing financial stability of professional football at all levels’, and that is perhaps the wider issue here.

Modern football is not short of a few quid, but smaller sports continue to feel the pinch and snooker’s Stuart Bingham, who has previously been found guilty of betting breaches, said that gambling was ‘in our faces, it is everywhere’.

“Betting is in our game, lots of tournaments are sponsored by it, they have to put their banners out there. I don’t think you can stop it unless we get another load of companies which change the sponsorship,” Bingham continued.

Is there an industry out there willing to pump tens of millions into the beautiful game via sponsorship? Is there a market sector as closely associated to the 18-35 sporting demographic as betting is? The jury is out on that one.

To give you some context from figures collected from the 2017/18 campaign, Brighton were sponsored by American Express, who pumped £1.5m into the Seagulls’ coffers. Contrast that to Bournemouth, whose main sponsor is Mansion88, an Asian gambling firm not all that well known on UK soil. They pay some £3.5m to feature on the Cherries’ shirt.

Media conglomerate Virgin Media pays Southampton £6m per season to advertise on the front of their shirts. Meanwhile, niche betting operator SportPesa penned a deal worth nearly £10m to Everton. Clearly, the betting firms aren’t afraid of stumping up the cash, and football clubs aren’t known for their laissez faire attitude when it comes to generating a revenue.

A Battle Waged on Foreign Soil 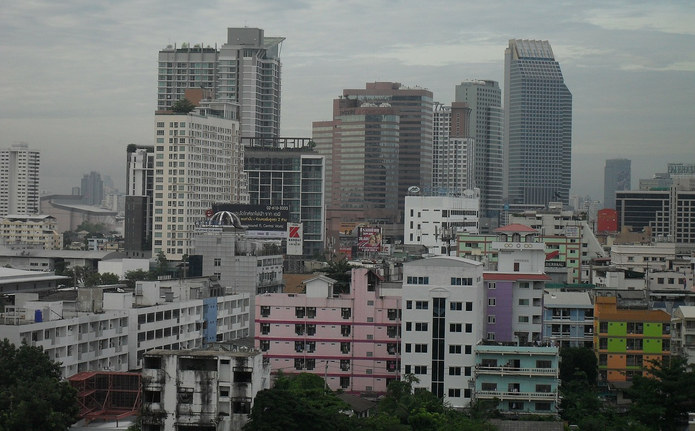 Even if you consider yourself a knowledgeable punter, you probably haven’t heard of some of the gambling firms sponsoring Premier League outfits these days.

Companies like Fun88, LaBa360 and ManbetX aren’t likely to compete with any of the industry’s big boys any time soon, so who are these new players to the game?

The truth is that they aren’t new at all, and indeed enjoy a healthy slice of the gambling pie over in the Far East, which remarkably dominates the betting market when it comes to UK football; more revenue is made in Asian countries on the Premier League than the UK itself.

So when you think about it, it makes sense for these international firms to sponsor English football teams, even when they don’t have an actual presence on UK shores.

In the past decade or so there have been huge efforts made by the Manchester clubs, Liverpool, Arsenal, Chelsea and others to break into the Asian market, where there’s an increasing demand for English football. They may never see their new favourite team in the flesh, but they can certainly bet on them using the firms who fork out millions of pounds per year to feature on the front of even the most humble of top flight teams.

The Asian lines are also a huge factor for UK bookies when compiling their odds. The Asian market reacts quickly to team news, and huge price changes in the Far East can preclude big money being wagered at the UK books.”

The concern with significant foreign investment is that they essentially have an open goal. For now, the UK betting market isn’t so heavily regulated, and any demands placed on bookmakers to pay into funds to help treat gambling addiction, for example, come solely from domestic pressures.

Asian firms, free of the pressure to conform, simply have a choice: do they want to do the right thing, morally, and pay their own support to those afflicted by irresponsible gambling, or are they going to keep their heads down and crack on regardless?

A Question of Morality

Barcelona changed the face of football on the pitch with their tiki taka passing style, and their struck a unique blow to the morality of sport sponsorship when they hooked up with UNICEF a decade ago.

The Catalan giants actually paid the charity an annual sum to feature their branding, and many wondered if this was the start of a new way for shirt sponsorship in football.

That didn’t last long – Barca are now sponsored, in a deal worth £47m a year, by Japanese retail firm Rakuten, and while others have followed their lead, including Aston Villa’s decision to feature the Acorns Children Hospice during the 2008/09 campaign, but such examples are rare.

Being morally sound does not pay the bills, unfortunately, and until money becomes less of an evil in football you can expect mega conglomerates and betting firms to dominate the sponsorship space in the UK and elsewhere.

Of course, there is the possibility that the government could step in and introduce regulation outlawing gambling firms sponsoring football on these shores. But do they really want to chase tens of millions in tax revenue away?

For now at least and into the future, it looks likely that you will be able to pick up your favourite team’s kit (RRP £59.99) and proudly display the weird and wonderful branding of the gambling firm that turns out to be the highest bidder.