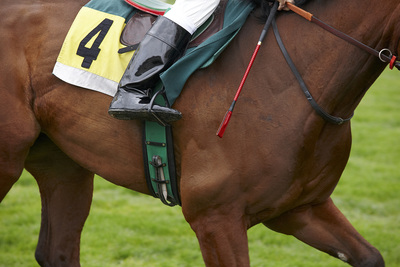 It may be early days as far as 2019 is concerned, but already the anticipation is building ahead of the Cheltenham Festival.

The meeting’s feature race, the Gold Cup, is always a hotly contested affair, and judging by the early list of entrants to this year’s renewal that trend will continue.

Some 43 entries have been made at this premature stage, and that list contains a trio of former Gold Cup champions – Native River, Sizing John and Coneygree – as well as many of the best chasers in the business.

Even accounting for withdrawals and non-runners, the 2019 Gold Cup could be the largest field the renewal has seen in over a decade, with a record 24 entries from Ireland including nine from the Willie Mullis yard, for whom a victory in this race remains elusive despite his unrivalled festival record.

The scratching’ deadline takes place on February 12, with confirmations and supplementations – at a cheap £31,250, given the £400,000 top prize – occurring on March 9.

There will be many changes and ruminations before then, you suspect, but as things stand here is how the early betting market is shaping up for what is sure to be one of the most exciting Gold Cup renewals in years.

It’s a rather bold punter who wades into the 4/1 available about Presenting Percy, an outstanding young horse but one yet to make an appearance this season.

Mind you, there’s good reason for such positivity. The eight-year-old is a two-time Cheltenham winner, having backed up 2017’s Pertemps Network Final Handicap Hurdle victory with a triumph in the RSA Novices’ Chase last year.

You might have to wait until late January at the earliest to see Presenting Percy again, with Patrick Kelly citing the Galmoy Hurdle as his next possible outing.

The Mullins yard is desperately seeking that first Gold Cup success, and of their pack it appears as if Kemboy could be the most likely winner.

The seven-year-old had a fairly unspectacular CV until bursting to life in 2018, winning a couple of decent renewals in Ireland back in April before taking the Clonmel Oil Chase on his seasonal return.

But it was victory in the Savills Chase in December that really caught the eye, with the French horse besting Monalee and Road to Respect by a decent margin to serve notice of his intent in 2019.

That said, two rather forgettable appearances at the festival in the past hardly get the juices flowing.

When handicapping the Gold Cup, it pays to keep an eye on Paul Nicholls’ entries.

No trainer has won more renewals of this race in the modern era, and Clan Des Obeaux presents a force to be reckoned with as he closes in on a fifth Gold Cup triumph in two decades.

The seven-year-old took the King George on Boxing Day by a length from fellow Gold Cup contender Thistlecrack, leaving another – defending champion Native River – trailing in his wake.

That halted a fairly poor run of form for Clan Des Obeaux, who was nowhere in the Betfair Chase and largely off the pace in the Betway Bowl. For connections of a horse that has only just stepped up to three-plus mile mark, they will be hoping the rain stays away from Cheltenham.

A confusing favourite with the bookies is the 11/1 shot, Road to Respect. He blitzed the field in the Champions Chase at Down Royal, and really impressed when taking the Leopardstown Christmas Chase back in 2017.

But he was outclassed by Kemboy in the Savills Chase in December, and was 12 lengths adrift of Native River in last year’s running of the Gold Cup. Needs some big improvement to shine this year.

Wins in the Hennessy Gold Cup and the Welsh Grand National set the scene nicely for Native River, who was a popular champion in this renewal 12 months ago for Colin Tizzard (an particularly those punters who had availed themselves of the 5/1 available!).

The nine-year-old put his hooves up for eight months, and this season he hasn’t quite hit those high standards; hence why he is a mere second favourite with the sportsbooks.

He was chased down in the Betfair Chase and had little left in the tank to combat Bristol De Mai with, while in the King George he found himself 13 lengths shy of Clan Des Obeaux.

We all love a horse-for-the-course, naturally, but more is required from Native River in his Gold Cup warm-ups to get the market back on side.

Nostalgic punters might have a chunk of the 20/1 available about Sizing John, who hasn’t been seen on the track since January 2017.

That was the year he won this race of course, taking advantage of Cue Card’s failings on the day, and he followed up with another win this time in the Punchestown Gold Cup.

Since then there’s been nothing to write about, and a pelvic injury – plus unusually dry weather – may end John’s hopes of doubling up at Cheltenham.

His formline reads PU-PU-3-UR, and that’s hardly the kind of CV required heading into this showpiece occasion.

In the last 20 years of Gold Cup renewals, only four winners have gone off at 8/1 or longer.

That’s an indicator that the cream rises to the top here more often than not, but even so there are a couple of lively outsiders that are worth a second look for both win only and each way punters.

We’ve mentioned Thistlecrack already, and in the past few months the eleven-year-old has shown that there’s life in the old dog yet.

A rally impressive run in the King George, just falling short, followed a decent enough effort in the Betfair Chase, where a couple of mistakes were all that stopped him from challenging Bristol De Mai.

As a senior statesman these days, Thistlecrack’s workload will need to be managed, and Joe Tizzard has already confirmed that he will head straight to the Gold Cup without a warm-up outing.

A risky strategy, but he won the 2016 Stayers’ Hurdle, and an each way flutter at 14/1 is not the worse bet anyone could place at the festival.

Native River’s Gold Cup triumph was pre-dated by a win in the Welsh Grand National, and Elegant Escape will be hoping that he can follow in as well.

If a deluge falls in the lead-up and conditions get a little sticky, Colin Tizzard’s seven-year-old will love it. He won that Welsh National well despite a big error at the 12th, and was game enough in finishing third to Presenting Percy in the RSA Novices’ Chase at the festival last March.

If conditions are good or a touch soft, Elegant Escape won’t come into your thinking. But on a mudbath, he is prepared to slug it out with the best over a 26f trip.

If the mount of Monalee can get his or her charge to focus, they might have a live outsider on their hands.

Errors in flight have cost Henry de Bromhead’s steed in the past, particularly in the Growise Champion Novice Chase last April when he was travelling very nicely before hitting the deck two from home.

That came at the end of a decent novice campaign in which he finished second in the RSA Chase behind our favourite here, Presenting Percy.

A step up to the big time has yielded mixed results, but you’re only as good as your last start, as the old saying goes, and there the Irish raider was a game second to Kemboy in that Savills Chase renewal.

A bit of cut in the surface will be welcomed, so if the rain comes Monalee is another who might disrupt the dominance of the favourites.

The bookmakers were rather sweet on the chances of Might Bite ahead of the 2018 Gold Cup, and the Nicky Henderson horse went off as the 4/1 favourite after a stellar 18 months or so of chasing.

He lacked legs on the day and showed no more when given a shake, but doubters were silenced with a consummate victory in the Betway Bowl next time out.

But a hideous run in the King George, followed by a nowhere near turn in the Betfair Chase, have rather dampened expectations.

Henderson has sent his ten-year-old off for a wind operation – that can often yield positive results, but it would take a rise of Lazarus-like proportion for Might Bite to compete on an even footing in this field, you’d fancy.

Bristol De Mai has blasted his way to a pair of huge back-to-back wins in the Betfair Chase, and that at least shows his penchant for life at Haydock Park.

But the eight-year-old is yet to taste victory at Cheltenham, and in his last outing took an almighty tumble at Kempton in the King George.

Keep an eye out for Bristol De Mai in 2019, but don’t expect any miracles at the festival.

The formline of Al Boum Photo over 24f or further reads RO-F-5, and there is very little in his back catalogue to suggest a challenge over a longer mark is forthcoming.

Previous Post: « Rooney’s Rap Sheet: After Airport Arrest We Ask Why Wayne Can’t Keep Out of Trouble?
Next Post: Andy Murray’s Greatest Achievements: Why He Deserves All the Plaudits He Gets on His Retirement Lap »