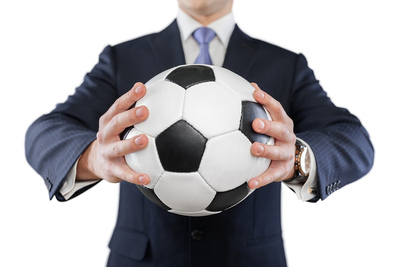 The 2018/19 football season is approximately five months old now, and already we have a good idea of how our favourite team is going to fare.

And yet, with plenty of rounds of matches still to go in all of European football’s elite divisions, there are stacks of points to be won and victory can still be snatched from the jaws of defeat….and vice versa.

The January transfer window has also clanked open, and Chelsea have already made their move by snapping up Christian Pulisic from Borussia Dortmund for £58m, before promptly loaning him back to the German leaders for the rest of the campaign.

This winter window can be the saviour for any football club with a bit of money to spend and a weakness that needs sorting out pronto.

Of course, for every Luis Suarez there’s an Andy Carroll, so caution must also be exercised when plundering the market in January!

Here’s a look back on some of the finest January transfer window signings, and how their addition helped their new employer’s cause. It might just be enough to restore some optimism in even the most pessimistic of football fans’ hearts….

In January 2011, Sir Kenny Dalglish took a huge gamble in signing Luis Suarez, a proven goalscorer with Dutch side Ajax but also a player recently banned for seven matches for biting an opponent.

His four goals at the tailend of 2010/11 helped Liverpool climb from mid-table to finish sixth, and within a couple of years he had secured himself a place in the club’s history forever.

He became the first player in two decades – since Robbie Fowler, no less – to score 20 goals in consecutive seasons for the Reds, and in 2013/14 he claimed both the Golden Boot and the PFA Player of the Year award as Liverpool came agonisingly close to winning a first Premier League title.

Not bad for a player better known for his teethwork than footwork prior to his move to Merseyside in the cold winter of 2011.

It was a protracted transfer beset by rumours about Mascherano’s availability and even his ownership thanks to the presence of the shady Kia Joorabchian, the agent with a taste for the finer things in life.

Eventually, the Premier League and FIFA both ratified the Argentine’s move, meaning the midfielder could play his part in Liverpool’s domestic and continental campaigns for the rest of 2006/07.

And what a time it was: Mascherano’s ironman-like performances in defensive midfield helped the Reds to the Champions League final, where he won Liverpool’s man of the match trophy despite the 1-2 defeat.

It got even better for the diminutive destroyer, as he again played his part in further Liverpool folklore when they nearly won the title in 2008/09.

Football fans with short memories might assume, wrongly, that Dele Alli made his way up through the Tottenham academy.

But no, the midfielder actually started out in the less-salubrious climes of Milton Keynes, where he joined the Dons as an eleven-year-old.

Just five years later he was breaking into the first team picture at the club, and went on to score 22 goals for them in his teenage years.

As is always the case, talented young English players are routinely snapped up by the big boys, and so it was no surprise when Tottenham raided the Dons for his signature in February 2015.

Purchased for a measly (relatively speaking) £5m, you would hazard a guess that the 22-year-old might be worth nearly 20 times that in today’s market.

Goals, as we know, are the most important currency, and as a youngster at West Ham Jermain Defoe scored bags of them.

That prompted David Pleat, the then Tottenham manager, to fork out £6m for the striker’s services in February 2004, and Defoe was not slow to repay that faith.

Some 43 Premier League goals in 139 appearances – a very respectable return of around one-in-three despite falling out of favour with new boss Martin Jol.

Defoe moved on to Portsmouth to get first team football, but some true loves never die and it wasn’t long before the pint-sized frontman was back at White Hart Lane for a second spell.

An even better goalscoring record – 48 in 137 – duly followed, and while Tottenham’s status in the game at the time wasn’t quite what it is now, Defoe’s legacy as one of their all-time leading scorers is secure.

The pace and trickery of Wilfried Zaha caught the attention of many scouts from across the UK and Europe as he broke through Crystal Palace’s academy, and it wasn’t long before the vultures at Manchester United came calling.

Ridiculously, given what we know about Zaha’s ability now, the initial transfer fee was a paltry £10m.

The Ivorian was never really given a chance at Old Trafford, and when Moyes was sacked his chances of making the grade fell further.

And so he was loaned back to this ‘ex’, Crystal Palace, where he enjoyed a fine campaign in helping the Eagles to a mid-table finish.

That loan move was made permanent during the winter window, and the attacker has never looked back; today, he is Palace’s all-time leading goalscorer in the Premier League, and by far-and-away one of the club’s most talented ever players.

The perception of the January window is that the desperation which sets in causes transfer fees to skyrocket beyond comprehension, with any notion of ‘value’ long forgotten.

But one winter signing who kicks that idea to the kerb is Everton stalwart Seamus Coleman.

He was signed by David Moyes for a paltry £60,000 – which is basically the mean weekly salary for a Premier League star these days – from Irish outfit Sligo Rovers, and more than 200 appearances later he remains one of the best right backs in top flight history.

It’s amazing, really, given that he almost had to retire from the game due to an infected blister.

For all the brilliant winter transfer window signings, there have also been some clangers dropped by clubs of all shapes and sizes.

In January 2012, on the last day of the window, Chelsea signed a strawberry blonde midfield stroller from Belgian club Genk for a fee of around £7m.

But Kevin de Bruyne never really settled at the club, and Jose Mourinho sold him to Wolfsburg in the winter transfer window of 2014 for £18m.

Today, KDB is one of world football’s most prized assets, and arguably the worst January sale that English football has ever seen.

Mind you, that wasn’t the only time that Mourinho made a mess of his work in the winter window.

In January 2014, shortly after De Bruyne left the club, the Blues picked up a young Egyptian called Mo Salah from Basel for a cool £11m.

He too couldn’t get a look-in as part of the Special One’s regime, and less than 18 months later he was shipped out on loan to Roma.

Salah wouldn’t return to Stamford Bridge until he pulled on the red shirt of Liverpool, for whom he broke all sorts of goalscoring records and with whom he looks poised to go very close to winning the Premier League title in 2018/19.

Oh Jose. It’s enough to give you the winter blues….

Previous Post: « The Big Ones: Sporting Stars to Back in 2019
Next Post: Could Might Bite’s Breathing Operation Make Him Another Great Nicky Henderson Racing Comeback Story »