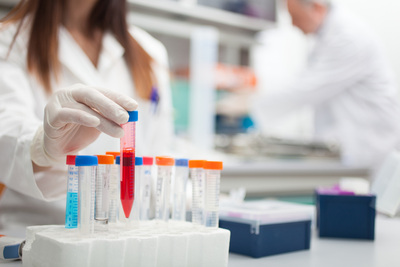 The horse racing and betting industry in the UK has been rocked by the discovery of cases of equine flu.

The first reported instances were found at National Hunt trainer Donald McCain’s yard in Cheshire in the northwest of England on Wednesday 6th February.

Equine influenza is particularly contagious and as an airborne virus it can be spread over significant distances. With racehorses transported across the country and Europe on a daily basis, the British Horseracing Authority (BHA) has acted swiftly to contain and prevent further spread.

With the situation changing on an almost daily basis, we have the latest information on the outbreak below.

Following the finding of three confirmed equine flu cases, the BHA has taken the decision to cancel all British Horseracing on Thursday 7th February as a precautionary measure. An announcement about racing past this point will made shortly.

The British Horseracing Authority (BHA), with unanimous support of the BHA’s industry veterinary committee, has taken the decision to cancel racing at all British racecourses on Thursday 7 February 2019. This is following the BHA being informed this evening by the Animal Health Trust of three confirmed Equine Influenza positives from vaccinated horses in an active racing yard.

Horses from the infected yard have raced today at Ayr and Ludlow, potentially exposing a significant number of horses from yards across the country and in Ireland. The fact that the cases have been identified in vaccinated horses presents a cause for significant concern over welfare and the potential spread of the disease and the action to cancel racing has been viewed as necessary in order to restrict, as far as possible, the risk of further spread of the disease.

The BHA have announced that racing in the UK will not resume until Wednesday 13th February at the very earliest.

This news follows the cancellation of Thursday’s racing after the initial cases of equine flu were found on the previous day.

With symptoms of the virus taking up to three days to be apparent, this gives the authorities enough time to sample and assess at risk yards to see if there are other horses are currently carrying or suffering from illness.

Following the suspension of all UK horse races until Wednesday 13th February at the earliest, hopes for a quick resolution to the outbreak have been boosted with the news that no new cases have been reported.

After six cases were found at Donald McCain’s yard, the Animal Health Trust (AHT) has thus far found no further instances of the virus in vaccinated horses.

The BHA David Sykes has said:

We are very grateful to all those trainers whose horses may have come into contact with those from the infected yard for working so rapidly with us and the Animal Health Trust to test their horses.

There are many more tests to analyse and the nature of the incubation period means that a negative test now does not mean that horse has never had this flu virus. So these yards continue to remain locked down and their horses kept under observation.

Though hundreds of tests have been completed already, there are many hundreds more to be analysed over the weekend before we will have a fuller picture. The nature of disease control means that if a positive did emerge elsewhere, that could lead to more yards being locked down.

I would advise against anyone drawing any conclusions or making any predictions based on this set of results. Our focus remains on containing the virus through the strict adherence to biosecurity measures we are seeing across the industry.

Although no assurances have been given, the news does paint a more positive picture than had first appeared, with hopes that UK racing can be resumed as normal shortly.

Newmarket is the home of British horseracing and this news will be of huge concern to all connected with the industry with thousands of horses trained in the area.

Crisford’s stable had been in lockdown pending full swab testing of the horses in training there following his runner Sajanjl who competed at Newcastle on Tuesday evening. Also having runners at this meeting was trainer Rebecca Menzies who had reported some suspicion of cases within her yard.

These have since been confirmed as negative with the Newmarket trainer releasing a statement reading:

None of the four horses who returned a positive test for equine influenza displayed any clinical sign of respiratory illness, including nasal discharge and elevated temperatures, prior to the mandatory swabbing undertaken on Friday.

The swabbing occurred following Sajanjl’s race at Newcastle last Tuesday and she has tested negative. There is no obvious connection between the filly and the four identified horses.

All horses at Kremlin House Stables, totalling 92 boxes, undergo a strict vaccination check and programme on their arrival. All four identified horses have been vaccinated within the last six months along with the rest of the yard and in line with vaccination protocol.

British horseracing will resume on Wednesday of this week, the BHA has confirmed.

After a period of 6 days where every UK race meeting has been cancelled, the racing authority felt that after extensive sample collection and analysis where only two sites had been found to have evidence of the equine flu virus that it was safe to return to action.

Only two sites had been found to have horses infected with the virus with no signs of further spreading. As a result, each individual yard will be placed in what the BHA has called ‘risk categories’ with the ability to send horses to race dependant on each trainer’s chance of having infections.

Indication were positive when the Irish Regulatory Board released a statement earlier in the day saying that British horses could once again compete in races in Ireland.

Wednesday’s fixtures will include jumps racing from Musselburgh and Plumpton along with all-weather meetings at Southwell in the afternoon and Kempton in the evening.

Racing fans are set for a bumper Saturday of action as five of the big races lost over the weekend have been added to racecards on Friday and Saturday of this week.

The Kingmaker Novices’ Chase, originally due to run at Warwick will now take place at Sandown on Friday. The Betfair Hurdle and the Denman Chase will now be run at Ascot on Saturday after Newbury’s meeting was abandoned. Warwick’s Listed Mares’ Hurdle will now take place at Haydock Park on Saturday. Exeter’s Mares’ Chase which fell foul of the equine flu ban on Sunday, has been rescheduled to run at Wincanton, also this Saturday.

Musselburgh, who lost what would’ve been their most valuable ever jumps meeting with £160,000 in prize money available, will be hoping to still hold the fixture but are waiting a BHA announcement on rescheduling which is due on the 23rd or 24th February.