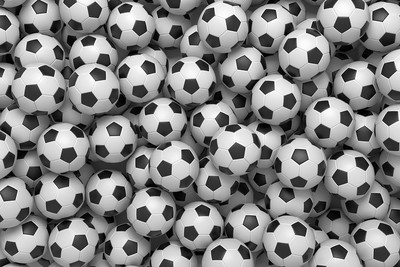 When you hear of a player scoring nine goals in a single football match, you expect a story to unfold of a pro turning out for their local Sunday League side as a favour or a bet.

You certainly don’t expect such a feat to be achieved in ‘proper’ football, and certainly not at a World Cup.

But that’s exactly what happened when Erling Braut Haaland found the net nine times for Norway against Honduras in a FIFA Under-20 World Cup game in Poland. The Norwegians went on to win 12-0!

If that surname sounds familiar to older readers, then yep you’re right: this is the son of former Manchester City midfielder Alf Inge Haaland, who is perhaps best known for being assaulted by Roy Keane in one bad-tempered Manchester derby.

Haaland Jr was born in Leeds, and theoretically could have played for England if he had switched allegiances from the homeland of his father. He is currently on the books of Red Bull Salzburg, although his goal-den efforts will surely have captured the attention of scouts around the world.

The youngster’s exploits got us thinking: is nine goals the most scored by a single player in a professional game? The answer took us on a globe-trotting journey from American Samoa to Algeria. 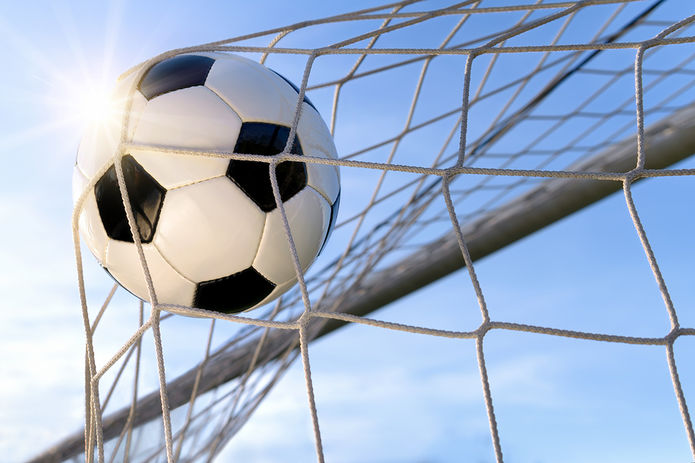 In our opening hypothesis we wanted to find out who had scored the most goals in a single professional game of football.

And that description can be used loosely, of course.

There’s no doubt that the Pakistan Women’s Football Championship is an amateur tournament, but we simply cannot ignore the brilliance of Malika-e-Noor.

She played for the Young Rising Stars back in 2011, and in a game against Margala she achieved the incredible feat of netting FOURTEEN times in a 25-0 victory for her side.

That was a feat matched by Hacene Lalmas, a forward for OM Ruisseau in the Algerian Championnat National.

Way back in October 1962 he achieved his ultimate footballing feat by scoring 14 of his own against JS Birtouta in an 18-0 victory.

There have been instances of 13 goals scored by a single player, including one such haul by the incredible Cosmina Dusa in the Romanian Liga I Feminin.

He notched his baker’s dozen in a game for CFF Olimpia Cluj against CFF Clujana – notching all thirteen in the 13-2 victory.

And then, just eight months later, Dusa was at it again: this time blasting eight in a 27-0 romp for his side against Fair Play Bucuresti.

For so long, Arbroath’s 36-0 win over Bon Accord in the Scottish Cup back in 1882 was the biggest margin of victory in footballing history. In amongst the mayhem, John Petrie scored 13 times in a rather prolific afternoon for him and his teammates.

A player has also scored thirteen in an international match before as well….

Back in qualifying for the 2002 World Cup, Australia were paired with American Samoa in the preliminary round.

What followed was a complete farce, as American Samoa – with their population a fifth of the size of Wolverhampton – were completely outclassed by a professional Australian outfit.

The game finished 31-0, with Archie Thompson, the Socceroos forward, blasting 13 goals to record the highest number of goals from a single player in an international match.

For anyone interested, Australia also beat Tonga 22-0 in that campaign – Thompson scoring just once – while American Samoa were beaten 0-5, 0-8 and 0-13 by Tonga, Samoa and Fiji respectively.

Messi Has to Bow Down

Nobody has scored more in a ‘proper’ Champions League game than Lionel Messi, who produced a masterclass to net five for Barcelona against Bayer Leverkusen in a 7-1 victory back in March 2012.

That mark was later achieved by Luiz Adriano, who produced his own nap hand for Shakhtar Donetsk against BATE Borisov in October 2014, while Aritz Aduriz bludgeoned five for Athletic Bilbao against Genk in a Europa League match in November 2016.

But there are a couple of instances where six have been scored by a single player in a continental game.

Macarenhas achieved the feat with half-dozen for Sporting Lisbon against APOEL in the first round of the UEFA Cup Winners’ Cup in November 1963.

Lothar Emmerich scored six for Borussia Dortmund against Floriana in a Cup Winners’ Cup tie in October 1965, while Kiril Milanov’s finishing was the highlight of Levski Sofia’s 12-2 triumph against Lahden Reipas in 1976. 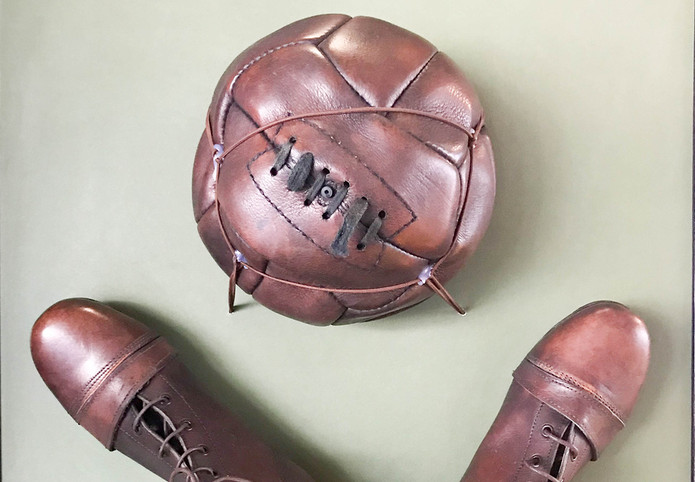 So who has scored the most goals in a single English league game?

We have to go back to April 1936 for the answer to that one, and specifically the clash between Luton Town and Bristol Rovers in the Third Division South, as it was then known.

In that game Joe Payne, who went on to play for Chelsea and England during a career hampered by participation in the Second World War, achieve a slice of history that still stands to this day.

He scored ten goals in a 12-0 romp, and that remains a Football League record that is unlikely ever to be beaten.

There are others who deserve honourable mentions. Robert Bell scored nine for Tranmere in an entertaining 13-4 win over Oldham in 1935, while there have been a trio of instances where players have scored seven in a game: Ted Drake (for Arsenal against Aston Villa), Tommy Briggs (for Blackburn against Bristol Rovers again) and Neville Coleman for Stoke against Lincoln.

They Think It’s All Over

Haalan’d achievement was made in a World Cup, albeit the youth tournament.

But who holds similar records in the main World Cup tournament?

The most goals in a single game were netted by Oleg Salenko, the Russian who notched five against Cameroon at World Cup ’94.

As for the most goals netted in a World Cup final, we have to travel back to the greatest day in English football history: the day the Three Lions beat West Germany in the 1966 final.

That day, Geoff Hurst wrote himself into football folklore, with his hat-trick yet to be matched by anyone else. It sparked one of the most iconic lines in football commentary too….