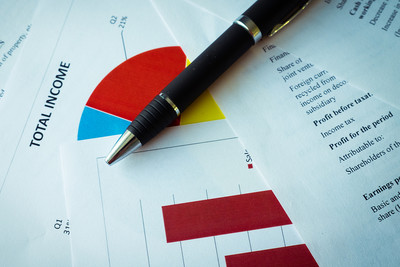 The financial accounts for all Premier League teams from the 2017/18 have been published and made available to the public.

These are an excellent measure of how each club is faring off the pitch, and instructs supporters how they should be feeling about their beloved’s efforts on the turf.

For some, expectations are being met, and yet for others there is a feeling of over or underachievement based upon profit, turnover and wage bill commitments.

Let’s take a look at the key points arising:

A Tale of Two Halves in Manchester

You might assume that Manchester City, given the loose purse-strings of Sheikh Mansour, might be operating at a loss each season.

But that certainly wasn’t the case in 2017/18, where the club – who won three trophies during the campaign – made a profit and recorded only the third highest wage bill.

There’s so many reasons to be optimistic on the blue half of Manchester, but less so on the red.

In 2017/18, United had the highest wage bill and yet got no closer to their city rivals or Liverpool in the Premier League and Champions League respectively – that, ultimately, cost Jose Mourinho his job.

Brilliance of Pochettino and Dyche Confirmed

You don’t need to be a maths genius to appreciate the fine work Mauricio Pochettino is doing at Tottenham.

He’s barely spending a penny on transfers, and Spurs still have a wage bill befitting that of a top six side with only ambitions of finishing in the Champions League places.

Tottenham made the highest profit of any Premier League club too, so they must hang on to their manager at all costs.

And let’s save a word for Sean Dyche and even Javi Gracia at Watford. These are managers operating on a shoestring budget, and yet they vastly over-achieve their means. These are the managers that the clubs with ambitions of breaking the top six shackles should be appointing.

Whether Arsenal progressed on the pitch this season remains open to debate, but at least off it the picture looks fairly rosy. The Gunners turned a profit in 2017/18 despite losing £20m in TV revenue for failing to qualify for the Champions League – they will be looking to rectify that against Chelsea in the Europa League final – and handing £17m to Arsene Wenger in his departure package.

According to their wage spend, Bournemouth should be a mid-table team in the Premier League, and that is essentially what they are. They outperformed their turnover by one league placing too. But watch out for the movements of owner Maxim Demin; the Russian millionaire needs to keep giving Edie Howe money to spend to prevent stagnation.

Brighton owner Tony Bloom is known as being one of the sharpest minds in sports betting, and he has applied his wisdom to running a football club with the Seagulls going along very nicely financially. And credit must go to Chris Hughton, who kept them up despite such a lowly wage budget. His departure perhaps signals a change in strategy from Bloom.

Sean Dyche is widely regarded as being one shrewd cookie, and he continues to over-perform at Burnley based upon the financial clout available to him. But the signs look reasonably health on the spreadsheets, although the Clarets’ turnover was boosted by an appearance in the Europa League.

Given their financial incomings and outgoings, a Champions League place is the bare minimum for Chelsea, and that is exactly what Maurizio Sarri has delivered. But how can they break the Manchester City monopoly with such a small profit margin?

Chairman Steve Parish has not been shy in supporting his managers as far as wage spending is concerned, and so on that note Palace ought to be a top-half side – they finished 12th in 2018/19. Sacking Frank De Boer after 78 days in charge cost the club at least £2m.

Everton are perennially battling for that ‘best of the rest’ spot outside of the big six, and their financial performance suggests they are about where they should be in the Premier League. To break the big six, they will need to buy more efficiently or hope owner Farhad Moshiri pumps a lot more money in. Recorded a loss but £13m of that was spent on blueprints for the club’s new stadium.

Here’s a football club with the lowest wage bill and turnover in the Premier League, a club which runs at a profit and one which battled manfully against relegation for nearly two seasons under David Wagner. Is it any wonder he’s gone on to bigger and better things at Schalke.

Like many Premier League sides, Leicester are performing to the level that their financial performance dictates. However, remember that the 2017/18 figures would have been altered somewhat by the fallout from their title winning campaign: extra commercial revenue from the Champions League, increased spending on players.

You pay the money, you reap the rewards. Liverpool have splashed the cash in the past couple of seasons, with that wage bill increasing exponentially in the two years. The profits are rolling in too, courtesy of deep Champions League runs and increased commercial revenue.

It can’t be bad, can it? You dominate English football, pick up trophies galore, and you can still pick up a profit? Man City may be investigated by FFP regulators, but the numbers from 2017/18 stack up nice enough and Pep Guardiola has even managed to dominate the beautiful game on these shores without turning City into the highest paying club in the land.

As far as a commercial entity goes, Manchester United’s turnover is hugely impressive and reflects the club’s continued popularity around the globe. But that profit margin will continue be squeezed if they remain without Champions League football, and that wage bill sums up the failures of Jose Mourinho’s reign – Ole Gunnar Solskjaer will have to sell as liberally as he buys this summer.

You can see why Newcastle United fans get so annoyed with Mike Ashley. This is a club capable of generating income from a variety of channels, but the owner is simply not reinvesting that back into the club’s playing squad. These are the kinds of figures that must leave Rafa Benitez wanting to tear his hair out.

Given their wage bill and money made, Southampton really shouldn’t be getting embroiled in these relegation battles, Yes, player turnover has been high – hence the profit – but they are reinvesting that into a squad that is simply not living up to expectations.

The scrimp-and-save stylings of Tottenham are doing the club absolutely no harm at all. That profit margin is extraordinary, and the fact they keep finishing in the top four despite their relatively small wage budget is testament to the fine work Mauricio Pochettino is doing.

It’s a really interesting fact that largely goes unnoticed: Watford’s wage bill is one of the lowest in the Premier League. So for the Hornets to finish mid-table, and reach an FA Cup final, is a real mark of their success in the transfer market.

For all the grand ambitions of their supporters, West Ham are performing exactly as they should be given their financial inputs and wage spend. Until new investment comes, the Hammers are a mid-table concern in both practice and design.

Previous Post: « Closest Title Races in Premier League History: How Do Manchester City & Liverpool in the 2018/19 Season Compare?
Next Post: The Best Cricket World Cup Matches of All Time Ahead of ICC World Cup 2019 »