The Women’s Super League (WSL) kicked off its 2019/20 campaign at the weekend, and following on from the success of the summer’s World Cup the attendance figures were extraordinary.

Nearly 63,000 fans headed to watch their favourite teams at grounds typically reserved for men’s football, with a WSL record 31,213 taking to the stands of the Etihad Stadium to catch the Manchester derby between fierce rivals City and United.

There was also a stellar turnout of 24,564 at Stamford Bridge as the blues of Chelsea over came their London rivals Tottenham 1-0.

Those two games delivered the vast majority of the record weekly attendance, along with Bristol City’s 0-0 draw with Brighton at Ashton Gate.

For context, the average attendance of a WSL game last season was 833, and while there is some mitigation – there was no Premier League or Championship football at the weekend due to the international fixtures – the figures are still incredibly encouraging.

Even the lowest attended match between Birmingham City and Everton at Solihull Moors’ ground drew 873 – up on last season’s average attendance by game which stood at 833.

And there will be further opportunities for the ladies to shine at huge stadiums later in the season as Tottenham and West Ham are scheduled to line up at the Tottenham Hotspur Stadium and Olympic Park respectively.

There is still a long way for the women’s game to go in catching up with the men in terms of attendance numbers, of course, but the weekend’s figures are hugely impressive, and show just how far the ladies game has come and the upward trend expected in the years to come.

If we compare the men’s Premier League with the Women’s Super League, naturally we note that the former is more watched than the latter – for now, at least.

As mentioned, the 31,213 who watched Manchester City and United lock horns is a WSL record, smashing the previous record set by Arsenal and Brighton at the AMEX Stadium in April 2019 of 5,265.

The women’s game has come a long way since the previous WSL record of 2,510 set at the glamorous Tooting & Mitcham ‘Hub’!

The biggest ever crowd for a domestic women’s match was the 45,423 that attended the 2018 FA Cup final between Arsenal and Chelsea at Wembley Stadium.

Around the world, more than 60,000 packed into the Wanda Metropolitano Stadium to watch Barcelona’s women take on hosts Atletico Madrid – a world record, beating the 57,900 who attended the World Cup final in Lyon in the summer.

Of course, the men’s records continue to astound.

A staggering 81,978 packed in to Wembley Stadium to watch Tottenham take on Manchester United in January 2018 – a Premier League record.

And a frankly ludicrous 199,854 crammed into the Maracana to watch Brazil vs Uruguay in the 1950 World Cup final.

One area where the women’s game falls down is in the average attendances, and the ability to get bums on seats week after week.
The highest average attendance in WSL was recorded last season by Chelsea, who welcomed 1,864 per game into the Kingsmeadow home they share with AFC Wimbledon.

The CIES Football Observatory gathered stats from 2014-19 to determine the highest average attendances worldwide in men’s football, and the highest Premier League outfit is Manchester United and their average of 75,218 per game.

That puts them second on the European list, putting them just behind top-of-the-tree Borussia Dortmund (80,230).

The lowest attendances in the WSL have typically been recorded by Everton in recent seasons, who play their games at an out-of-town location at Southport’s Haig Avenue.

Sadly, that means they average around 250 per game, with their encounter with Yeovil Town last season witnessed by just 203 fans.

Were you at Selhurst Park on January 26, 1992 to see Wimbledon host Everton?

If you were, you were part of history: the 3,039 attendance remains the lowest for a men’s Premier League game since the modern era began.

As mentioned, it is Everton who top the rogue’s gallery of lowest average attendance in the WSL, with roughly 225 watching their home games, on average.

The lowest average attendance for a men’s Premier League side belongs to Wimbledon, who endured something of a horror show when having to share Selhurst Park with Crystal Palace.

Just 8,353 made the weekly six-mile trip across the capital to watch the Dons in action. 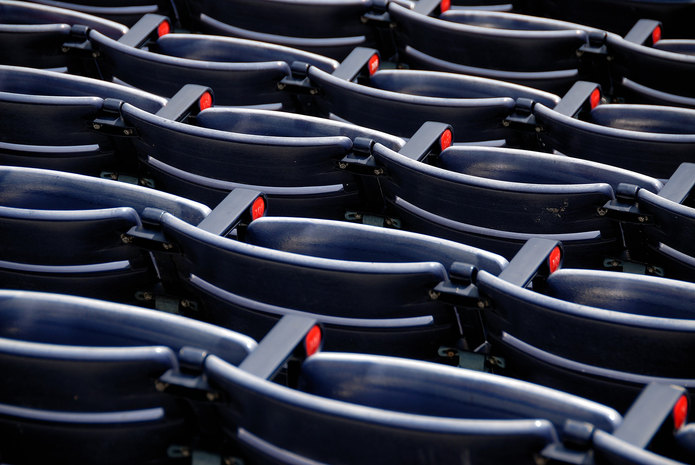 One of the areas where women’s football has a huge advantage over the en is the affordability of their matchday tickets.

If you wanted to watch Premier League champions Manchester City strut their stuff week in, week out you’d have to fork out a cool £637.50.

Want to buy a ticket for a WSL game? Manchester City charge between £6.50 and £8.50 per game, depending on where you sit in their Academy Stadium home, while Chelsea charge £49 for a season ticket which includes all matches in all competitions!

You wonder if that is just one of the reasons why the popularity of the women’s game continues to soar….

Previous Post: « What Happens When a Racehorse Bites During a Race?
Next Post: The Kosovo National Football Team: Their Formation, History & Rise to Prominence »