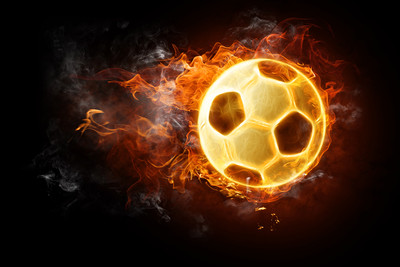 We’re only six weeks into the new Premier League season, and already those tasked with updating the history books are dabbing their quills with ink in readiness for a new entry or two.

Liverpool are now unbeaten at home in 43 Premier League encounters, and while that is impressive enough in itself it is only half of what Chelsea achieved in the mid-noughties when they went an astonishing 86 games unbeaten at Stamford Bridge.

Who ended that run? It was Liverpool, of course.

The Reds have also won 15 Premier League games on the spin anywhere, and the record for that is 18 set by Manchester City. That is a mark that Jurgen Klopp’s men will have in their crosshairs.

But what is most of interest is their unbeaten start to the domestic campaign, courtesy of six straight wins. They will be looking to maintain that run for as long as possible, and in the process create another slice of history.

How many games will they have to go unbeaten to smash their way into the record books? Let’s take a look at the best unbeaten starts to a Premier League season.

Of course, the best way to maintain your unbeaten start to the season is to go through the whole campaign without losing a single game!

In the end, the Arsenal team of 2003/04 won 26 of their 38 games with 12 draws, and that was good enough for them to win the Premier League title with relative ease.

Of course, that unbeaten run almost came to an end in a famous match at Old Trafford against Manchester United. In a fractious encounter, the home team had a chance to end the Gunners’ run when they were awarded a penalty in extra time, but Ruud van Nistelrooy could not convert – sparking the mother of all celebrations among the Arsenal players.

Incredibly, these same two opponents locked horns in the game in which Arsenal’s 49-game unbeaten streak would eventually come to an end. This time van Nistelrooy would have his revenge from the spot as United won 2-0, and a hot-tempered game was compounded afterwards by ‘Pizza-Gate’ or the ‘Battle of the Buffet’, whichever you know it as, when Sir Alex Ferguson was allegedly hit on the head by a slice of pizza thrown by Cesc Fabregas.

As the Premier League’s most successful club, Manchester United made their own stab at the impressive feat of going the entire season undefeated.

5️⃣ goals from Dimitar Berbatov set @ManUtd on their way to be #PL Champions in 2010/11…#PLMoment pic.twitter.com/E7LULkYmhs

They gave it a good go too, staying unbeaten until February in a staggeringly good start to the 2010/11 season.

They won 15 of those opening 24 outings, laying the foundation for their subsequent title win, before Wolves ended the streak and hopes of an incredible unbeaten domestic campaign.

Bizarrely, one of the very rare occasions in which Manchester City haven’t won the Premier League title in recent times came in the midst of a 15-game unbeaten run to start the season.

Like Liverpool five years before, the unbeaten streak was impressive but arguably featured too many draws as their formline read W9 D6 L0.

City ran out of momentum at the end of their run, and it probably hurt even more that their Manchester rivals United would be the ones to bring the streak to an end, with a late Robin van Persie winner capping an entertaining 3-2 win.

In happier times under Jose Mourinho’s stewardship, Chelsea were nigh-on unplayable at times, and their 14-game winning streak at the start of the 2014/15 campaign laid the foundation for yet another Premier League title for the Special One.

Prolific seasons from Eden Hazard and Diego Costa, motivated and energised by Mourinho’s return to the club, led the Blues to an eventual eight-point triumph over Manchester City.

That unbeaten start was made up of eleven wins and three draws, spanning all the way until December 6 when Newcastle ended the streak with a 2-1 triumph.

This was an unbeaten start to the campaign that was actually something of a double-edged sword for Rafa Benitez and his Liverpool side.

This 14-game run featured six draws, including stalemates with sides from the lower reaches of the Premier League table, so while it looks impressive on paper in reality it probably ended up costing them the title.

It was largely downhill from that unbeaten start, and the Reds would have to watch on enviously again as Manchester United lifted the trophy.

So how long can Liverpool’s unbeaten run go on for?

They have a long way to go to match some of the achievements already outlined of course, and the fixture list when competing in the Champions League and other domestic cup competitions is wholly unforgiving.

Their quality will be tested in the next couple of weeks, with a decent Leicester side visiting Anfield in October followed by a trip to Old Trafford a fortnight later.

Those fixtures are sandwiched in-between Champions League games, while an encounter with Tottenham follows shortly after.

So, in short, it is going to be very difficult for Liverpool to maintain their unbeaten start to the campaign into the festive season. But if any team can, it’s Jurgen Klopp’s phenomenal Reds.

Invincibles Around the Globe

The best unbeaten starts to the season are the ones that carry on until the very end of the campaign.

There have been 16 invincible seasons in all, with one of those being Arsenal and the other being Preston North End back in 1888/89.

One of the very best unbeaten streaks belongs to Celtic under Brendan Rodgers, who completed an unblemished campaign in 2016/17 their way to an incredible 69-match unbeaten run.

But the kings of this column has to go to FC Porto, who achieved not one invincibles season but two in a row under former Tottenham boss Andre Villas-Boas!

In 2010/11 they ended the campaign with a 30-game unbeaten streak, which featured 27 victories and three draws.

And then they did it again in 2011/12, winning the Primeira Liga title with 24 wins and six draws from their 30 games.

Previous Post: « How Female Jockeys Can Blaze a Trail for Women’s Rights in Saudi Arabia
Next Post: Does Horse Racing Have a Cocaine Problem? »