It’s fair to say that Richard Johnson’s decision to retire from riding with immediate effect in April took everybody by surprise – even those closest to him.

At 43, he wasn’t going to go on forever in the saddle, but the shock announcement of his retirement – which came at a fairly nondescript meeting at Newton Abbot – was a real jaw-dropper….particularly as he would have had a plum ride in the Grand National a week later, and the fact that the National Hunt campaign ends in three weeks.

But retire Johnson will, and he was in tears as he revealed his decision on April 3.

“After nearly 30 years in the saddle, the time has come for me to retire,” he told Racing TV

“Thank you for every cheer, every shout of encouragement, it’s given me enormous strength over the years. I am so very grateful to you all.”

He later admitted that he had planned privately to bow out after riding a winner for Phillip Hobbs, the trainer with whom he has enjoyed so much success through the years. However, it was not to be as he could only guide Brother Tedd – the horse he rode to victory in AP McCoy’s final race at Sandown in 2015 – into third place behind Harry Cobden’s Eritage.

The tributes have flooded in for one of the most popular figures in racing, with McCoy – who denied Johnson hundreds of winners and countless champion jockey titles – taking to his Twitter to write:

“Sometimes those who challenge us the most teach us the best. You did both to me for over 20 years I will be forever grateful to you thanks buddy. When you go home tonight look in the mirror you’ll see what a champion looks like. Enjoy your retirement.”

“Words wouldn’t be able to describe how good a person Richard Johnson is. He is the ultimate role model to any human in general life not just a jockey.”

Out of the Shadows 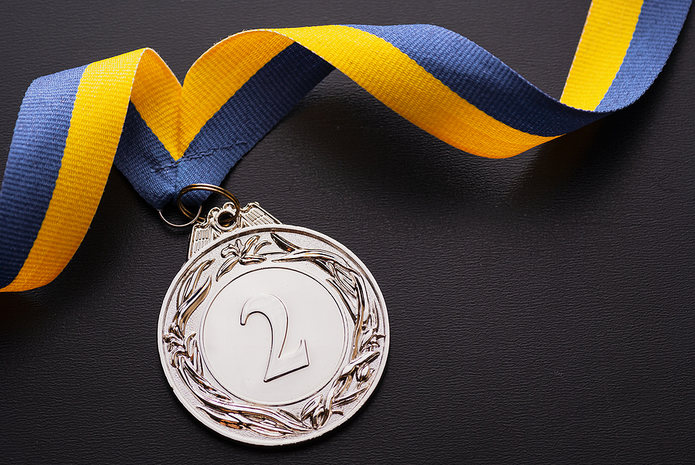 Make no mistake – Richard Johnson will forever be a part of horse racing’s hall of fame. But just imagine what he could have achieved without McCoy….

He finishes his career roughly 150 winners shy of the 4,000 mark – only McCoy has saddled more in the sport’s history – and in addition to four champion jockey’s trophies Johnson also finished runner-up to his old friend and nemesis on an incredible 16 occasions.

After 27 years, ‘Dicky’ brings the curtain down on a career that includes major triumphs in the Cheltenham Gold Cup, the Champion Hurdle and the Queen Mother Champion Chase, and all told he enjoyed 23 winners at the Cheltenham Festival over a span of more than two decades.

In the end, Johnson finished more than 1,000 winners clear of the third best jockey in history in Ruby Walsh, and so without McCoy we would be celebrating the career of the finest jockey ever to boot up in the sport.

While a win in the Grand National eluded him, it’s fair to say that success was not in short supply for Johnson at National Hunt racing’s prized meeting on UK soil.

He completed the Cheltenham Festival ‘grand slam’, winning the four major races that the meeting offers in the various disciplines.

First up came victory in the Stayers’ Hurdle of 1999, when he climbed aboard the 40/1 outsider Anzum to defeat a high-quality field despite sitting eighth with three to jump. Johnson timed his mount’s late surge to perfection, and clinched his first Festival winner into the bargain.

He wouldn’t have to wait long for his next, and boy would it have been waiting for as Johnson secured his first Cheltenham Gold Cup triumph. His mount, Looks Like Trouble, overcame the red hot favourite in See More Business to win the blue riband race in a time that was the fastest of the modern era until Long Run’s win in 2011.

In 2002, Johnson would add the Champion Chase to his collection courtesy of Flagship Uberalles – a first Cheltenham victory for the Johnson-Hobbs double act. An Arkle and three-time Tingle Creek Chase champion, Dicky had a good one in hand and together they secured a comfortable win.

And the full set of Cheltenham Festival majors would be completed in 2003 when Rooster Booster, a game grey, motored home in the Champion Hurdle.

Only Johnson himself could reflect on the best win of his career, but you suspect his final Cheltenham Festival triumph might just be right up there. That came aboard Native River in the 2018 Gold Cup, a big old chaser who never gave up. In a tactical dual with Nico de Boinville aboard Might Bite, Johnson came home in first place to spark scenes of celebration all around Prestbury Park.

Previous Post: « A to Z: The Weird and Wonderful World of Competitive Scrabble
Next Post: American Footballer Shootings: Could Repeated Head Injuries Turn Some Players Into Violent Criminals? »