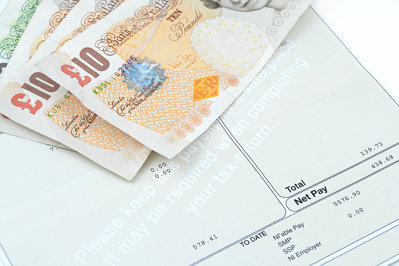 In life, money talks….and that mantra could not be truer in football.

However, there tends to be something of a myth that spending big on transfer fees is a prerequisite for success in the beautiful game.

In their book Soccernomics, economists and football fans Simon Kuper and Stefan Szymanski prove that wage spending is actually a more accurate arbiter of glory that transfer fees.

All of which brings us nicely to Cristiano Ronaldo’s emotional return to Manchester United, which came after their title rivals and noisy neighbours City apparently baulked at the Portuguese ace’s wage demands.

That was no such concern for United, who were more than happy to pay a €20 million fee for the 36-year-old and meet his extraordinary £480k per week salary.

All of which adds significant ballast to the Red Devils’ weekly wage bill, which as we know can be used as a measure – and potential predictor – of success.

But does that theory still stand true? We’ve taken a look at each of Europe’s top four divisions in 2020/21, and ranked the teams based on their final finish, transfer spend and wage bill. The numbers in bold indicate the rank that is closest to the club’s finishing position.

As you can see, there is a closer correlation between wage spend and finishing position than that afforded by transfer fees splashed out.

That said, based on wages paid Manchester United perhaps ought to have challenged more prominently for the Premier League title in 2020/21, while Manchester City arguably overachieved in some regards.

The astonishing achievement of Marcelo Bielsa at Leeds United is also laid bare by the numbers.

Again, wage spending is an accurate predictor of success, and particularly in the to-half of the table.

When you consider that Real Madrid and Sociedad didn’t spend a penny on transfer fees, and were still top-six shows why attracting the best players with big wages – and retaining them with such – is key.

The dire overspending on the part of Barcelona, necessitating the release of Lionel Messi, is clear for all to see.

In the Italian Serie A last season, there was a balance between transfer/wage spending and finishing position. There were anomalies from top to bottom too, in what proved to be a chaotic campaign.

Bayern’s complete dominance is backed by their spending, but it’s in the bottom half of the table where the real lesson can be learned – if you don’t splash out on wages, you will struggle to break into the elite in the Bundesliga.

This was written with a couple of day’s left of the transfer window, and so there is still time for big dosh to be spent on new player wages.

But at the time of writing, and powered largely by Ronaldo’s capture, Manchester United’s wage bill is by far and away the highest in the Premier League – £228 million annually, compared to the £155 million spent by Chelsea. 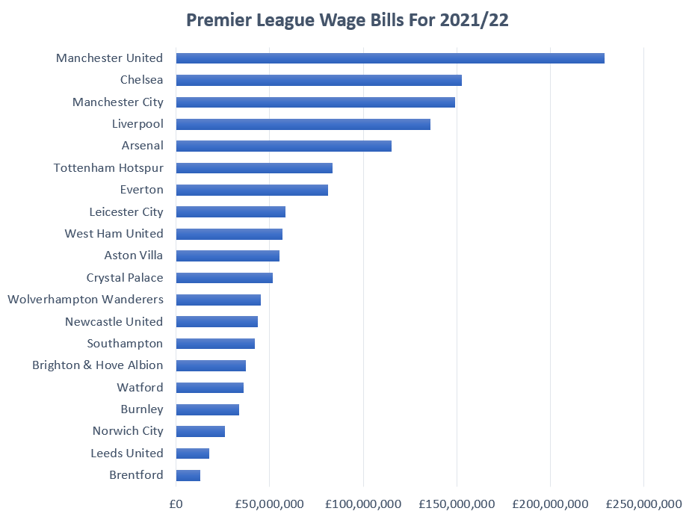 Man City, Liverpool, Arsenal and Tottenham should, in theory, make up the rest of the top six based on their wage bill, while making up the relegation places could be Brentford, Norwich and….Leeds United, who once again bring into the new season one of the lowest salary spends in the Premier League.

But will United end their long title drought with Ronaldo in tow?

Previous Post: « FIFA’s $200 Million Windfall: How Will the Money Be Spent?
Next Post: Hearts Become Britain’s Biggest Fan Owned Football Club – Here’s How They Did It »