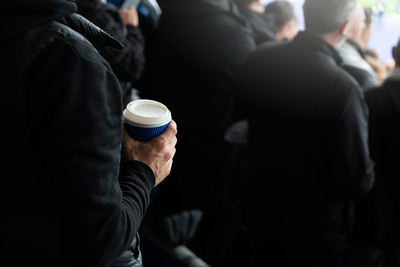 For the first time in the history of the Premier League era, football fans in England and Wales will legally be able to stand at matches as of January as part of a ‘safe standing’ trial.

Both Manchester clubs, Chelsea and Tottenham have been chosen for the pilot, alongside Welsh outfit Cardiff City, which will test the viability of designated standing zones inside their stadiums.

The hope is that if the scheme is successful, safe standing areas will be introduced in all Premier League grounds and many in the Football League too – the first time in more than 30 years that supporters will have been able to stand.

The UK’s minister for sport, Nigel Huddleston, has revealed that safe standing could be rolled out on a ‘widespread’ basis – perhaps in time for the start of the 2022/21 campaign. He said that ‘fans deserve different options on how they can enjoy a live match’, while maintaining that it was ‘absolutely paramount’ that the safety of all spectators was guaranteed.

“The time is now right to properly trial safe standing in the Premier League and EFL Championship ahead of a decision on a widespread roll-out,” Huddleston confirmed.

The game between Chelsea and Liverpool at Stamford Bridge on January 2 will be the first to feature the new set-up.

How Will Safe Standing Work? 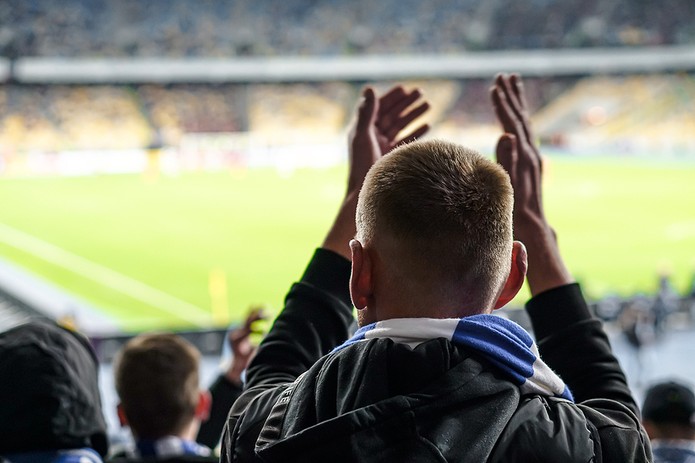 The aftermath of the Hillsborough disaster in 1989, a tragic day on which 97 Liverpool supporters lost their lives due to overcrowding and poor police control, led to the passing of new laws that mean that all Premier League and Championship stadiums must be all seater.

This trial will introduce safe standing zones within a stadium, rather than a return to all-terracing that was a feature of grounds in the 1980s and prior.

Instead, the standing area will still have seating as normal, however there will be more space to allow each individual supporter to stand if they prefer.

There will be a strict code of conduct introduced that will police each of the standing zones, while it will be a pre-requisite for all involved in the trial to have working CCTV in operation.

It is believed that there will be standing zones in the away end too, so that those behind the study – a firm called CFE Research – can see how safe it is for visiting supporters to have extra freedoms.

All proposed standing areas will only be allowed if they do not obstruct the view of others, and most will be implemented with a barrier in front of them to allow for a safer standing option.

The scheme is likely to be a big hit with supporters, however Mark Roberts – the chief constable of UK football policing – has claimed such popularity could be to the detriment of fan safety.

“My concern is that you get over-migration into the [standing] area, because it is attractive to some supporters and it is easier when they are stood up,” he said.

“You are potentially going to get issues of overcrowding [and] a more male-dominated crowd, fewer children and older people. That’s going to drive more exclusionary behaviour.”

What About Rail Seating?

Some grounds in England and Scotland already have a version of safe standing with their rail seating.

This is similar to normal seating areas, however each individual seat can be bolted upright or locked in place – usually dependent on capacity and who the opposition team is.

Celtic were the first British team to implement a rail seating zone in their ground in 2016, while a change of rules in 2018 allowed English teams to follow suit.

Both Manchester clubs, Chelsea, Tottenham and Wolves have already trialled rail seating in their grounds, while Liverpool opted not to apply for the new safe standing trial – they are instead running their own pilot of rail seating in the Anfield Road end of their stadium.

The new safe standing trial has been introduced at an integral time for fans, with attendance levels reaching new heights since the removal of restrictions.

The average attendance for Premier League games so far in 2021/22 is just over 39,000, and that is reflected by the data for capacity of available seats taken, which sits at a very healthy 95.5%.

It echoes the post-war sentiment of the 1940s, when a return to ‘normality’ saw attendances reach new highs – three of the top six most attended games to this day on UK soil came immediately after the Second World War.

Previous Post: « Which Football Managers Have Managed the Most Games?
Next Post: On the Road: What Has Happened to Away Kits in Football? »