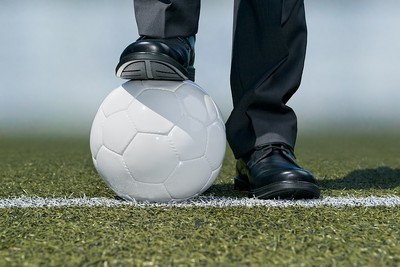 When David Moyes took the helm for West Ham’s Europa League tie with Genk in November, he joined the ranks of a very exclusive club.

He became just the 52nd manager in professional football to take the reins of 1,000 games, following his contemporaries Steve Bruce and Jose Mourinho in achieving the feat this season.

Moyes’ managerial career began at Preston back in 1998, and aside from disastrous spells at Manchester United and Real Sociedad most would agree that he has done tremendous work at the likes of West Ham and Everton.

If he remains at the helm of Napoli, Luciano Spalletti could be the next inductee into the 1,000 club, while keep an eye out too for Jurgen Klopp – at the time of writing, he’s on 910 games as a manager and counting.

But Moyes and co have plenty of work to do before they can usurp the legend at the top of the list of the managers with the most games under their belt, however….

With a decent club career as a striker – Ferguson blasted some 171 goals in 317 appearances, the artist now known as Sir Alex began in management at East Stirlingshire in 1974.

At just 32, the Glaswegian was young for the management game but quickly made his presence felt – striker Bobby McCulley noting that he’d ‘….never been afraid of anyone before, but Ferguson was a frightening b****** from the start.’

In October 1975, Ferguson left East Stirlingshire for St Mirren, and promotion from the old Second Division was followed by being crowned Division One champions in 1977. However, it wasn’t all a garden of roses for Sir Alex, and St Mirren remain the only club in history to sack the future legend.

A year later he was back in the dugout at Aberdeen, and this was a move that would ultimately lay the foundation for what was to follow at Old Trafford.

The Dons had only once previously won the Scottish Premiership title, but they were lifting that very trophy within two seasons of Ferguson taking over. They would double up in 1983-84 and 1984-85 as well, and win four Scottish Cups, while arguably the best was still to come – Aberdeen won the Cup Winners’ Cup in 1983 and the European Super Cup thereafter, confirming Sir Alex as a manager of some repute.

Unsurprisingly, Manchester United came calling in 1986, and despite nearly getting the sack – what a butterfly moment that would have been – Ferguson went on to win 13 Premier League titles, three Champions Leagues and a stack of other trophies for United’s bulging cabinet.

Arsenal fans may beg to differ, given his tawdry last couple of seasons in charge of the club, but Arsene Wenger was a manager light years ahead of his time.

How else can you explain how a guy, who barely played a professional game, would go on to manage one of the biggest clubs in the world?

Wenger was into sports science and nutrition before pretty much anyone else in football, and Monaco – spotting his potential – snapped him up from fellow French outfit Nancy.

Wenger was sacked, however, in 1994, and set sail for the Land of the Rising Sun to reset his career at Nagoya Grampus Eight. He won two trophies there, and Arsenal – thanks to the foresight of David Dein – approached the Frenchman to take over in 1996.

Some 22 years later Wenger left the Emirates Stadium, but not after compiling a CV of three Premier League wins and seven FA Cup triumphs.

He started life as player-manager at Shrewsbury Town in 1978/79, winning the Third Division title in his first season.

Turner captured the attention of Aston Villa, and while his spell there was not a success his subsequent turn at their Birmingham rivals Wolves certainly was. He led the Wanderers to two successive promotions, powered by the goalscoring exploits of Steve Bull.

His next job would occupy him for 14 years. Turner managed more than 730 games at Hereford United, in which time he would lead the Bulls from non-league to the third tier of English football for the first time in three decades.

His final move was an emotional return to Shrewsbury Town, where he would once again achieve promotion – this time in 2007/08 to League One.

Question: can you name a manager that has made the switch from Leyton Orient to AS Roma?

Answer: Alec Stock, who would later be the inspiration behind Paul Whitehouse’s ‘Ron Manager’ character in Fast Show.

He managed those unlikely bedfellows as well as Yeovil Town, Luton Town, Fulham and Bournemouth, but it’s a stint at QPR in which Stock made history.

He was the first manager to win the League Cup with a Third Division team back in 1967, and also led the Hoops to two successive promotions – the latter of which took QPR to the top flight for the first time in their history.

Could you imagine a modern day manager occupying the same role for 43 years?

It seems almost impossible to imagine, but that’s exactly what Willie Maley did for most of the first half of the 20th century.

He took the helm at Celtic in 1897 aged 29, and would stay at Parkhead until 1940, when he reluctantly called time on his managerial career at a youthful 72.

In that time Maley guided the Bhoys to an astonishing 16 league titles, 14 Scottish Cups and a host of tournament wins against English sides, who at the time were considered to be far superior to their Scottish counterparts.

Previous Post: « Who is the Best Manager in the Premier League? Pep, Klopp, Ole and Co Rated for Efficiency
Next Post: Will Safe Standing Be Introduced at Premier League Stadiums for the 2022/23 Season? »