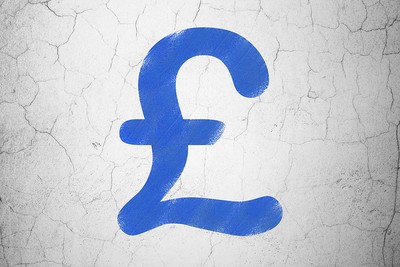 Football isn’t unique as a sport where the numbers don’t always quite add up.

Rugby union’s systemic overspending has cast a shadow on the future viability of the English Premiership, with Wasps and Worcester Warriors both facing administration and financial annihilation.

In the United States, the NBA is said to be in debt to the tune of $7.4 billion (£6.5 billion), and so evidently this is a wider problem in sport that seemingly cannot go on forever.

Premier League football clubs can get away with shouldering huge amounts of debt because they are such marketable and attractive enterprises for sponsors and commercial partners, but even sourcing private equity isn’t always a path to guaranteed success.

Both Manchester City and Newcastle United are now effectively financed by entire states – a fact not lost on Liverpool boss Jurgen Klopp, and the reality is that in the next few years rival clubs will have to push themselves to the limit financially just to remain competitive.

And that could prove catastrophic for clubs like Everton, whose house – financially speaking – appears to be built on particularly unstable ground. Spiralling debt, a cap on transfer spending and a new £500 million stadium to pay for….there are fears that the Toffees, and clubs like them, are heading for disaster.

It’s always difficult for clubs like Everton, who find themselves in the shadows of a more illustrious city rival.

They can set themselves unsustainable targets in a bid to remain competitive, and sadly Everton’s astronomic transfer spending – £370 million or so on new players since the start of 2018 – has not yielded the kind of results they might have expected on the pitch.

There’s another albatross in the city district of Vauxhall, which plays host to the formerly derelict Bramley-Moore Dock. That’s where their new home ground, currently named the Everton Stadium, is being built.

The all-singing, all-dancing venue will hold nearly 53,000 fans and is set to be ready for the 2024/25 season – whether Everton are still in the Premier League at that point remains to be seen.

The elephant in the room is that the construction project will cost around £500 million, and as we will find out later in this article the Toffees are not a football club awash with money.

And so they have borrowed a huge slice of the capital required from banks and other lenders – thought to be as much as 70% of the total cost. They generally don’t charge low interest rates as an act of charity , and so you wonder how much Everton will ultimately end up repaying.

Worryingly, the naming rights for the stadium were sold to USM Holdings – the company of Alisher Usmanov who Everton halted relations with amid the conflict in Ukraine. Will that £30 million payment still stand?

To start construction work on the site, the developers had to drain the Bramley-Moore Dock and lay down sand and other materials for the stadium to be built upon. If only the club’s finances were built on such foundations….

Debt is nothing new in top-flight football, and many clubs have no fear at all of owing money to creditors while splashing out tens of millions on new players.

But that is a blueprint for success for clubs that have a major global commercial appeal – think Manchester United, Liverpool and Arsenal.

For smaller fry like Everton, it becomes much harder to attract private investment, and that’s why they have become so indebted to the finances of owner Farhad Moshiri, although it has been reported that he is interested in selling his shares in a cut-price deal.

If that £400 million figure quoted is accurate, it would mean Moshiri losing a considerable amount of money – he has sanctioned £500 million in transfer fees alone, let alone the amount he invested to become a major shareholder in the first place.

So why would he be so keen to sell up? Perhaps the club’s parlous accounts reveal all. Since the start of the 2019/20 season, Everton have run up losses of £260 million, and they were forced to sell striker Richarlison in the summer simply to redress some of the balance.

This debt, you will recall, comes before the club has even begun paying back a penny of its new stadium loan….

The Cost of Premier League Relegation

It’s well documented that to survive in the Premier League you need to spend, spend, spend on new players….but what happens when the cash tap runs dry?

The bad news for Everton fans is that their club has regressed on the pitch as well as on the balance sheet, and relegation would be unthinkable given the state of their finances and that new stadium that needs filling.

The above graphic confirms that Everton simply have to spend money to remain competitive. If they don’t, like in 2021/22, they come perilously close to relegation.

Demotion from the Premier League would be unthinkable for a club like the Toffees, who are currently financing a new stadium build. Yes, parachute payments would soften the blow, but the average relegated side is thought to lose around £200 million in commercial funding, broadcast revenue and the like.

Proud and famous clubs like Leicester City, Leeds United, Sunderland, Wigan Athletic and Coventry City have meandered up and down the divisions having been relegated from the Premier League, and yet you wonder if Everton’s plight could be far worse if they are demoted from the top-flight.

Previous Post: « The Curse of the Ricoh Arena: Wasps Follow Coventry City Into Administration
Next Post: RIP Rock of Gibraltar: Respects Paid to All-Time Great and Sire of Champions »