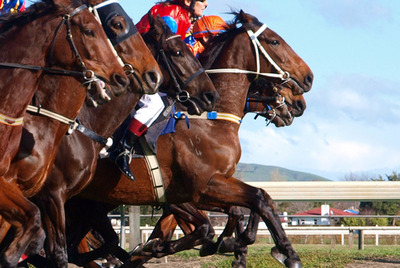 It is one of the oldest and best-loved betting brands in the UK, and yet in recent times the Tote has started to resemble that clapped-out old banger that you can’t bear to part with in favour of a newer model.

As the institution closes in on its 100th year, it looked for all the money as if the brand wouldn’t see its centenary as questions over ownership and punter interest appeared to have The Tote on a collision course with the Grim Reaper.

But there’s a lifeline: the Alizeti consortium, aided by the firm BritBet, have come together with a £50 million rescue package that will see the Tote licence pass from Betfred to the new owners in a deal expected to run until 2025.

Visibility of the brand will remain at the vast majority of UK racetracks, and with all bets now being channelled into one central pool, there will be some tasty payouts for punters to look forward to.

And so there’s life in the old dog yet! Here’s to another 100 years, and let’s celebrate the achievement by looking back at the chequered history of a much-maligned, but still widely enjoyed, slice of British betting royalty.

The Creation of the UK Tote 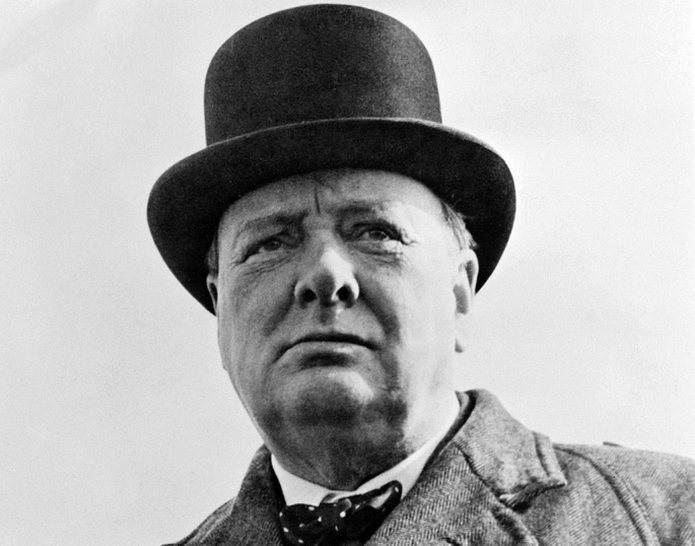 Back in the 1920s, illegal bookmaking was rife, so then prime minister Winston Churchill came up with an idea to legalise horse racing betting in a centralised, regulated way.

He oversaw the Racecourse Betting Act 1928, which ultimately brought into being the Racehorse Betting Control Board. This government-appointed organisation oversaw the creation of pool betting, with the first meetings covered at Newmarket and Carlisle in 1929.

In 1930, several figures come together to create the company TIL, which stands for Tote Investors Ltd.

The organisation, which was said to have the welfare of UK racing at its core, channelled off-course and credit bets into tote pools. Some of the profit was invested back into racing.

Betting and the Tote on the High Street

In 1961, the Betting Levy Act is created, and this legalises betting shops on the UK high street.

For the time being, the Tote is restricted from opening their own shops, and so to counteract the move, the Racehorse Betting Control Board – which was reconstituted to be called the Horse Racing Totalisator Board (the Tote) – purchased TIL outright.

In 1972, many of the government’s remaining betting restrictions are lifted, which allows the Tote to open their first branded betting shops in 1973.

The firm remains on the high street to this very day.

The rest of the 1970s and 80s went by with minimal change, but continued support from the humble punter ensured The Tote continued to thrive.

As such, Tote Direct was set up in 1992 to capitalise on the boom. This band channelled tote bets placed at other bookmaking firms, including Ladbrokes and Coral, on the high street into a central pool; creating bigger prizes and thus renewed interest among punters. 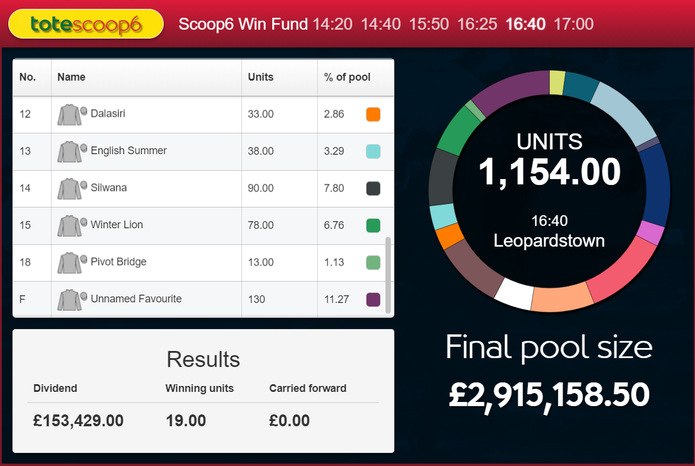 Great Britain continues its love affair with the horses, and Channel 4 Racing goes from strength to strength as the sport’s key broadcaster on these shores.

And so it’s no wonder that the Tote wanted to partner up with C4; the result being Scoop6, where viewers aim to land the winners of six specific races.

There were some handsome payouts for lucky punters, including one Scoop6 winner who became horse racing betting’s first ever millionaire. The feat has been repeated on numerous occasions since.

It was back in the 1980s that it was first mooted that the Tote could be privatised.

The Conservative party had conducted research, in conjunction with the Lloyds Banking group, which indicated that a sell-off could raise millions of pounds in tax revenue each year.

UK racing stakeholders pulled together, however, and that initial bid was thwarted.

The power at 10 Downing Street changed to Labour control after the 1997 election, and the new home secretary, Jack Straw, later reiterated his desire for a plan that would hand control of the Tote to a private entity.

This was committed to manifesto in 2001, and three years later the Horserace Betting and Olympic Lottery Act 2004 was founded on the sole principle of changing the Tote’s ownership model from statutory control to a limited company.

Privatisation plans were confirmed in 2006, with bids invited from interested parties by January 26, 2007.

A bid devised by a racing consortium, and backed by Tote staff, was submitted, but this was eventually rejected after it emerged the deal would include funds sourced from private equity.

This forced the government to reconsider their plan of attack, and so it was announced in 2008 that the Tote would be sold on the open market. Delays followed once more in the build-up to the 2010 general election, and after the Tory-Lib Dem coalition prevailed the bidding process was opened shortly after.

There were 18 confirmed bids for control of the Tote, and the government drew up a shortlist of the most suitable parties shortly thereafter.

This was eventually reduced to two bids by May 2011: that proposed by Betfred’s founder Fred Done, and another submitted by the Sports Investment Partners group headed by Sir Martin Broughton.

After a period of consultation, it was confirmed that Betfred had been chosen by the government as their successful bidder, and they were handed a seven-year licence that ultimately monopolised pool betting in the UK. It is believed that Done paid £265m for the privilege.

Betfred pledged to pump £155m into UK and Irish horse racing during their tenure in control of the Tote, and in return they were allowed to offer tote betting at all participating racecourses, utilise the Tote branding, take control of the firm’s 500+ high street betting shops and takeover a part of the Totesport.com website.

EXCLUSIVE: A rival to Betfred’s Tote is set to emerge, and it will bring more ££ into racing, @SousterRacing reports https://t.co/1jLfVmtXV7 pic.twitter.com/FODtyAWfSE

For the most part, Betfred’s ownership of the Tote worked well, with much-needed funds being pumped into UK racing.

But many felt that Fred Done and his team’s commercial interests were harming the pool betting syndicate, and back in 2016 it was revealed that a number of stakeholders in the industry were already plotting a takeover bid when Betfred’s licence ran out in the summer of 2018.

The Jockey Club and Arena Racing Company (Arc), who are responsible for some 55 racecourses in the UK, announced that they would be launching their own exclusive on-course pool betting service, tentatively named Britbet, when Betfred’s monopoly came to an end.

Done didn’t like that, and a rift developed between his firm and the Arc. In the end, the Betfred big cheese not only decided to end his own on-course betting portfolio, he also announced his lengthy relationship with UK racing – including the lucrative sponsorship of a number of meetings and individual races – would come to an end.

Betfred subsequently closed 49 of their 51 on-course betting kiosks, with only those at the brand-owned Ascot and Chelmsford remaining.

The Tote, in the summer of 2018, was in disarray, with no party coming forward to take ownership of the 90-year-old institution.

But then, good news broke. Britbet, that project overseen by the Arc, met with Betfred and the Alizeti consortium to broker a deal that would see the Tote retained on UK racecourses.

Our new partnership with Britbet is an exciting step forward in our plans to revitalise the Tote and support the industry we love. Read more from Alex Frost, our CEO, about today’s announcement: https://t.co/57mUqhOwHt #TogetherfortheTote pic.twitter.com/plnpTlX56h

A landmark purse worth £50m was agreed, and so as of winter 2018/19 pool betting is back en vogue thanks to this coalition.

Most pertinently, from a betting perspective, it means that one solitary pool will be available nationwide, which eliminates the risk of ‘dilution’ and ensures that only the biggest prize pots will be offered.

The Tote branding will be retained at all key courses, and AscotBet, which is that track’s own pool betting system, will also be fed into the central pool.

And so the future of the Tote appears to be in good hands, with punters the likely beneficiaries long term of such security.

It seems likely that the Alizeti consortium will try to buy Betfred out of their remaining share. As part of the deal, the consortium has the option to buy the whole operation within the next three to five years, although that timeline could be brought forward according to rumour.

Ultimately, the firm wants to reduce deductions ad introduce £1 million pools for the key meetings, and so the future of the Tote seems to be bright.

Alizeti chief executive, Alex Frost, said: “We are committed to being part of helping secure British racing’s finances for generations to come through a revitalised Tote.

“This deal is another very important step forward in enabling this to happen and follows on from the Tote’s existing partnership with Ascot, ensuring the sport now has a united approach to pool betting.”