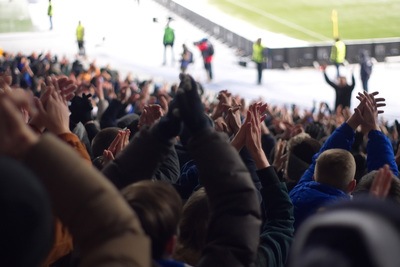 Prior to the weekend of March 9-10, 2019, you could count on the fingers of one hand the times that a ‘fan’ had got on to the pitch at a football match and assaulted a player or official.

But that was the weekend that shook the game to its foundations with not one but three altercations between players and so-called supporters seeking nothing more than their 15 minutes of fame.

Thankfully, Jack Grealish, Chris Smalling and James Tavernier were left unhurt by the incidents, and Grealish got the best possible revenge by scoring Aston Villa’s winner in their derby clash with bitter rivals Birmingham City.

There are a couple of questions that the weekend has thrown up that could have significant ramifications for the future of the beautiful game in the UK.

Will a return to the bad old days, of heavy police presences at matches and even security fences around the pitch, follow if these pitch invasions aren’t nipped in the bud?

Are these incidents merely isolated one-offs, perpetrated by idiots who are, perhaps, ‘inspired’ by alcohol, amongst other things (as reported by The Independent)?

How should clubs be punished for such incidents, or are they really at fault at all?

And can we really accept the party line that ‘social frustration’ and Brexit are to blame for society’s crumbling standards of decency?

Whichever way you look at it, the stats are alarming. The same Independent investigation found that there has been an increase of in-ground violence of 45% in recent times, whether between supporters or assaults on stewards.

The only bit of good news is that the BBC found that the number of ‘pitch incursions’ had actually fell during the 2017/18 campaign, down to 191 after a rise in each of he preceding five years.

The biggest concern of all is that the solutions to these worrying cases of unrest are severe for all parties; including those fans who have done nothing wrong.

A Weekend to Forget for Beautiful Game 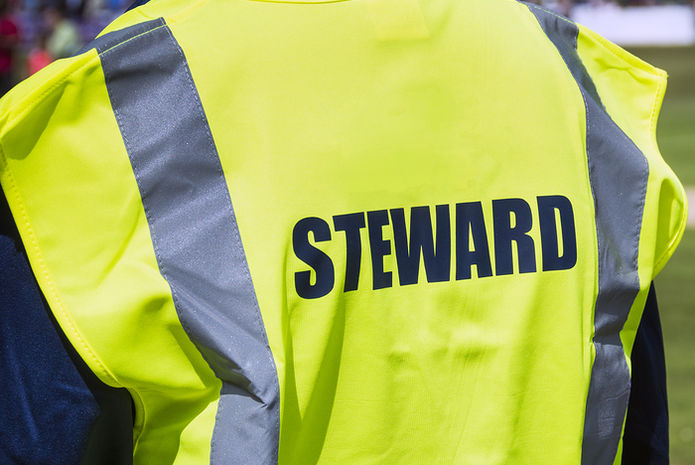 When there are three incidents of fans entering the field of play and either assaulting, or attempting to assault a player, in the space of 48 hours, you do hope we’re not about to embark on a new epidemic of idiots having their moment in the sun.

We shouldn’t name the individuals involved to starve them of the public oxygen they so require, but the 27-year-old who punched Jack Grealish in the back of the head has been jailed for 14 weeks and a complete ban on attending football for ten years. Birmingham City have since come out and stated that he is banned from their games for life.

The 30-year-old who entered the field at the Emirates Stadium to shove Chris Smalling has been charged with common assault, and his case will go to the courts at the end of March.

And the 21-year-old who confronted James Tavernier during Hibernian’s encounter with Rangers on Friday evening has been banned from all Scottish football grounds, and after pleading guilty to breach of the peace will be sentenced in April.

“Every time I have played at Easter Road, that stand is normally the rowdy bit where their fans are saying stuff.

“It’s stupid. It shouldn’t be allowed at football stadiums. Fans should be enjoying the game, they shouldn’t be able to jump on the pitch and interfere with any players.

“First and foremost, no fans should be allowed on the pitch. That is down to the security. It shouldn’t happen.”

The incident took place just six weeks after a glass bottle was smuggled into the stands at Easter Road and thrown at Celtic’s Scott Sinclair.

Happily, other cases of on-pitch violence are few and far between. Back in 2012, Sheffield Wednesday goalkeeper Chris Kirkland required medical treatment after being struck by a Leeds United fan at Hillsborough; the culprit was jailed for 16 weeks and banned from all football grounds for six years, with Leeds latterly banning him for life.

And there was an incident at the Villa-Birmingham derby of 2002, when the Villains’ keeper Peter Enckelman conceded an own goal. A Birmingham fan got onto the pitch, taunted the Finn (without physical contact, it should be said) and was subsequently jailed for four months; weeks longer than the Grealish attacker’s sentence.

These sorts of incidents date back to the 1890s – a referee was once knocked unconscious by a pitch invader at an Arsenal vs Burton game in that decade, so don’t fall for the ‘modern problem’ tag.

And incidents of football violence are down significantly on the 1980s, when hooliganism was at its peak and cast a shadow of shame on British football.

Lest we forget, players occasionally aren’t entirely blameless; who can forget Eric Cantona’s kung fu kick on a Crystal Palace supporter, or when Pakistan cricketer Inzamam ul-Haq ran into a stand armed with a bat after growing tired of fans calling him fat through a megaphone.

The worry is that policing football matches in 2019 might take the same heavy-handed approach to managing the situation as those taken 30 years ago.

In the 1980s, football hooliganism was such a problem that the Prime Minister, Margaret Thatcher, set up a ‘war cabinet’ to tackle the problem.

More police were posted inside grounds, and they were given greater leeway to deal with offenders. Fences were also erected to prevent fans from getting onto the pitch or into sections containing rival supporters. Those fences were only removed after the Hillsborough disaster that decade.

Not helped by high profile incidents such as the Heysel Stadium disaster in 1985, where 39 fans died and 400 were injured during rioting, English clubs were banned from playing in European competitions by the FA shortly after.

In a game involving Birmingham and Leeds, a 14-year-old died after fighting broke out at St Andrew’s; a scene described as more akin to the Battel of Agincourt than a football match.

Of course, three isolated incidents of pitch invasion do not mean we are heading back to the bad old days of football fandom.

But as such behaviour becomes the norm, and with society and the economy crumbling due to Brexit uncertainty – social unrest is said to be linked to football violence – you do hope that the powers-that-be are ready for a new wave of football-linked disorder.