Hundreds of people took to the streets of Bangladesh this week in protest; it was the size and scale of demonstration you would expect in the midst of a political revolt.

But the people of Dhaka and Magura weren’t protesting against a corrupt politician or election result, but in anger at the punishment dished out to their hero, Shakib al Hasan, as part of an investigation into corruption in top-level cricket.

The 32-year-old is the best all-rounder in world cricket, according to the ICC’s ODI rankings, and something of a national sporting hero in Bangladesh. He was one of the best player’s in the summer World Cup in England, and his suspension once again casts a huge shadow over issues relating to match fixing in cricket.

“Those who have supported me over the years I hope they, the fans, Bangladesh Cricket Board, the government, the journalists will continue to support me in my bad and good time,”

Shakib said following his hearing. The fans in his homeland are clearly on his side, but whether the world of cricket will take the same view remains to be seen.

So What Has Shakib al Hasan Done Wrong?

The charges relate to a series of WhatsApp messages the left-hander had with a supposed Indian bookmaker.

In short, Shakib was approached by Deepak Aggarwal – ‘an individual known to the Anti-Corruption Unit (ACU) and suspected of involvement in corruption in cricket’ according to the ICC – to provide inside information regarding a number of matches that the Bangladeshi was involved in.

Because he did not report the communications to the ICC as is required in a players’ code of conduct, Shakib has been banned for two years – with one year suspended – despite there being no evidence to suggest he was involved in match fixing first hand.

The timeline of events was as follows:

There were further discussions, documented by the ICC, in which Aggarwal talks about account details and bitcoin payments. Shakib reportedly told Aggarwal he ‘wanted to meet first’.

When accessing Shakib’s phone records, the Anti-Corruption Unit found that a series of messages on the app had been deleted. The player did not deny these were relating to requests for inside information.

An unnamed source told the Indian Express that Aggarwal:

“….isn’t the kingpin of the match-fixing syndicate but works for a Gwalior-based bookie, who is also on the ICC radar. Aggarwal is a runner of sorts whose job is to get in touch with players and lure them into giving inside information about the games they are involved in.”

“Aggarwal would follow players he had targeted wherever they were playing. In the initial meeting, Aggarwal would offer a hefty amount to players to be part of a league which he would say he was planning. Once he won their confidence, he would then inquire about team composition and possible scores.”

So what did Shakib al-Hasan do wrong? At the very least he failed a basic duty of care to his sport, and at worst he actively engaged in what we might term corrupt communications with a known fraudster.

Either way, the reputation of cricket is tarnished once again. 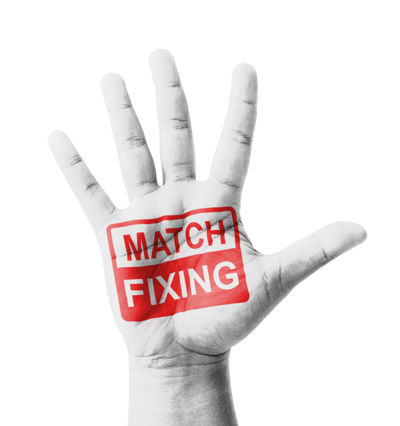 The episode involving Shakib al-Hasan is not the first time that cricket’s name has been dragged through the mud, and surprisingly often it is high quality players that have become embroiled in corrupt activities.

Mohammed Azharuddin was a legendary Indian batsman of the 1990s. But he tarnished his achievements on the field by becoming involved in a betting scandal and offering inside information to bookmakers. It is also alleged that he introduced Hansie Cronje to his network of contacts; the South African captain was subsequently banned for life from any involvement in the sport.

The year 2000 brought a series of serious charges of ‘associating with bookmakers’, and in Saleem Malik’s case it was also alleged that he had offered bribes to fellow players to get them to perform in a certain way. He became the first cricketer ever to be jailed for corruption, and was given a lifetime ban from cricket that was later overturned.

In the same year, Pakistan’s Ata-ur-Rehman and India’s Ajay Sharma and Manoj Prabhakar were banned for five years apiece for their involvement in the so-called betting ring.

Another India international, Sreesanth, was dragged through the courts in 2013. He was charged with match fixing after deliberately conceding exactly 14 runs in an over while bowling for the Rajasthan Royals against the Kings XI Punjab.

The pace bowler was arrested for a charge of ‘accepting money to knowingly underperform’, however he was later acquitted by the courts. His life ban was overturned, and Sreesanth is cleared to return to cricket in 2020.

Of course, the most notable example of corruption in cricket came when three Pakistan internationals colluded in a scheme that would rob some of them off the best part of their careers and others their liberty.

The most worrying aspect of this case is that the ringleader was the then Pakistan captain Salman Butt, who demanded that his bowlers Mohammad Asif and Mohammad Amir bowl no-balls at specific times in a test series against England back in 2010.

He was found guilty and sentenced to more than two years in jail for ‘conspiracy to cheat at gambling and conspiracy to accept corrupt payments’.

Asif received a one-year prison sentence and a seven-year ban from cricket, while Amir – just 18 at the time – was thought to be coerced into the plot and was sentenced to six months in a young offender’s institute. He is now back playing professionally.

For all the joy and excitement that cricket brings, it is clear that corruption continues to play a major part in the sport – particularly among Asian players. Until that can be driven out of the game permanently, there will forever be a shadow over cricket.

Previous Post: « The UK Gambling Black Market: Do We Have a Problem with Illegal Betting?
Next Post: Could an Artificial Track Reduce Fatalities at Santa Anita Park? »