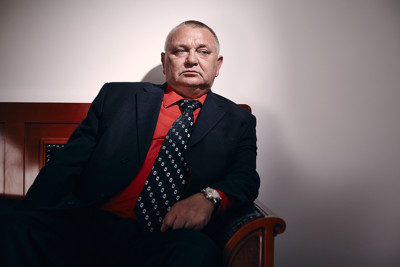 It’s the sort of thing you’d expect in Dickensian Britain.

Punters, seeking an opportunity to back their quarry, slip into their long coats, turn up their collars and put on their hats in an attempt to hide their identities as they head out to place a bet on the black market.

Incredibly, you don’t need to go back hundreds of years for stories of illegal betting; it’s upon us to this very day.

That’s according to a report published by accountancy firm PwC, which was commissioned by Coral and Ladbrokes owner GVC Holdings.

There is, as their investigation concludes, an active and ‘thriving’ gambling black market in the UK which is worth an estimated £1.4 billion a year.

Indeed, it is estimated that some 200,000 bettors, which is roughly 2% of the overall customer base in the UK, have placed one or more bets with an unlicensed operator – either deliberately or unknowingly.

These are staggering figures, and one that reveals more needs to be done to tackle nefarious wagering activities.

In what is a hopelessly ironic twist, the reason that a gambling black market continues to thrive is because of the amount of regulation that operators face to become ‘legit’, also some of the perceived hoops that punters have to jump through to get their bets on.

As you may be aware, the vast majority of gambling firms are more stringent in ensuring that their players are who they say they are these days, which is why increased due diligence – such as additional ID checks and credit card restrictions – has been introduced.

Also, the ferocity of competition also leads to some operators offering markets ‘off grid’, simply because they cannot compete financially with the industry’s major players as far as advertising and marketing spend is concerned.

But it is regulation which is said to be the main factor, and one conclusion from the PwC report is both damning and alarming. ‘Further regulation may lead to frictions in the customer experience […] and drive gambling further into the black market,’ it reads.

Without regulation, however, where would the gambling industry be?

The PwC’s Andy MacGilp recognises the need for stringent rule-making in betting, but also notes that punters will be seduced by illegal operators if their ‘journey’ to bet placement continues to be hampered.

“Many of those frictions in the gambling industry are very good ones, and are there for good reason to protect consumers and protect the industry, so we are not saying they should be removed.

“But I think we are saying the relationship between their existence and potentially unintended consequences is something that needs to be carefully considered.

“Anything which causes a source of friction for a consumer in terms of their journey is a potential catalyst to someone seeking a new operator and a potentially unlicensed operator.”

The UK Gambling Commission, who run a tight ship when it comes to the licencing and regulating of the betting market, gave the report short shrift.

“The gambling industry needs to focus its energy on raising standards to make gambling fairer and safer for British consumers,” their spokesman said. “We will continue to work with many other organisations to take swift action to tackle unlicensed illegal operations.”

Is Legality the Key?

The glass half-empty response to the UK’s gambling market would be to conclude that, like with anything, people will always choose to cut corners and find their own way of doing things – by fair means or foul.

In legalising online sports betting in the UK, and regulating the industry heavily, consecutive governments have enabled a multi-billion industry to thrive, creating much-needed funds for the economy, jobs and also minimising the damage caused by a black market approach.

Just take a look at the situation in parts of Asia, where online gambling is still – by and large – illegal.

A report from Asian Racing estimated that a staggering 80% of all sports bets worldwide are illegal, in that they are placed with unlicensed firms or in countries where gambling is strictly forbidden.

Globally, the illegal gambling black market as an industry is thought to earn $1.7 trillion a year, with Singapore, Hong Kong and South Korea combining for approximately $4 billion of that figure alone. For context, the whole pharmaceutical industry in Asia is said to be worth $100 billion.

And while this figure will now change given the changing regulatory framework in the country, prior to gambling being legalised in some states around $150 billion was wagered on the betting black market in the USA.

The upshot, perhaps, is that a legal, well-regulated betting industry is the key to reducing the impact of the black market, and that in the UK we should be thankful for the relatively cosmopolitan approaches of our past and present governments.

Who is Betting on the Black Market?

With so many quality sportsbooks available to us online and via dedicated apps, you might think it odd that people would risk getting caught betting on the black market.

But there is clearly a demand: as the BBC points out, the black market earns 50 times the annual revenue of Toyota.

So what is the appeal?

There is an idea that better odds are available from ‘underground’ services, with independent syndicates willing to undercut the legal bookmakers .

Of course, it can be much easier for people to register for an account with an unlicensed bookie that doesn’t demand the same security checks, e.g. those who aren’t allowed a credit/debit card, or youngsters under the age of 18.

The black market also takes wagers from those who want to pay in cash without visiting a high street bookies; some black market firms are said to send ‘representatives’ to punters’ homes to collect and drop off money.

The reasons may be dubious to some, but there is a black market out there for those who want or need it. The only hope is that it can be stamped out, with more money flowing back into legitimate betting firms and thus onto the charitable organisations – and the likes of UK horse racing – who need it most.