What would you do if you won £1 million on a bet?

Some of us would invest it wisely in property, a high interest savings account or perhaps in stocks and shares. Others….well, the good life of fast cars and champagne bars is likely to come calling.

For former stable lad turned trainer Conor Murphy, landing the seven-figure sum kickstarted a new career Stateside from which he has never looked back.

It was at the Cheltenham Festival of 2012 where the Irishman struck gold, and even more incredible than the seven-figure payout was that his five winners all came from Nicky Henderson’s Lambourn yard – where he was employed at the time.

The five-fold accumulator saw Murphy land big on Sprinter Sacre, Simonsig, Bob’s Worth, Finian’s Rainbow and Riverside Theatre – not bad at odds of a cool 64,000/1!

“I don’t have a clue what I’ll do with it,” Murphy said when quizzed about his major payday. “You don’t expect to win a million, so it’s very hard to plan for it. I’ll be staying here for the moment anyway because I like it here and sure I’ll have a good holiday in the summer.”

And it seems the win set him on track to complete a dream career move – opening his own training yard in Kentucky, even if it didn’t seem all that likely at the time.

“I always wanted to be a trainer but I think that ambition has worn off me,” Murphy said.

“Working with the calibre of horses here kind of spoils you and it would be so difficult to start from scratch with average horses, I don’t think I’d be able to hack that.”

Hack that he has….

Here’s something that will annoy seasoned punters: Murphy claims to have only had a bet a ‘handful’ of times prior to his big win.

He has always been a racing man, however, having grown up around horses in his hometown of Cork, where his dad had a training yard and from which he saddled a number of racers.

Murphy’s first plan was to become a jockey – imagine his dismay when he grew to be over 6ft tall, and so instead he set out on the road into the industry in the same way as many before him: as a stable lad.

He worked in a number of yards in Ireland and England, focusing on National Hunt horses, before a new adventure presented itself as he entered his mid-twenties: a move to America to work with the likes of Niall O’Callaghan and David Carroll, his fellow Irish compatriots based in Kentucky, where he would later return.

A chance of a lifetime came soon after: a chance to become a stablehand – and something of a protégé of Nicky Henderson – at his Lambourn school. The rest, as they say, is history.

Perennially showing a strong hand at the Cheltenham Festival, Nicky Henderson was once again tipped to claim the leading trainer crown at the annual meeting.

Sensing a strong effort from his yard, Murphy took the plunge and placed a win-only five-timer at ante-post prices the preceding November:

Sprinter Sacre and Simonsig romped home in the Arkle and Ballymore Novices’ Hurdle respectively, while Bob’s Worth (in the RSA Chase) and Finian’s Rainbow (Queen Mother Champion Chase) were made to work rather harder for their triumphs.

And that left it to Riverside Theatre, ironically owned by Murphy’s Law and Cold Feet actor James Nesbitt, to see the wager home. But he looked done and dusted in the Ryanair Chase when the great Albertas Run literally made all the running, but a rousing response from Riverside Theatre – maybe he had seen his handler’s betslip – saw him charge home and just about hang on by half-a-length.

That was on the Thursday of course….and come 5:30 on the Friday morning Murphy was back at work.

“When you make a bet like that you don’t expect any return,” he said in a dazed interview afterwards.

“The fact that they all got there gave me a fighting chance. Then they all ran the race of their lives.” 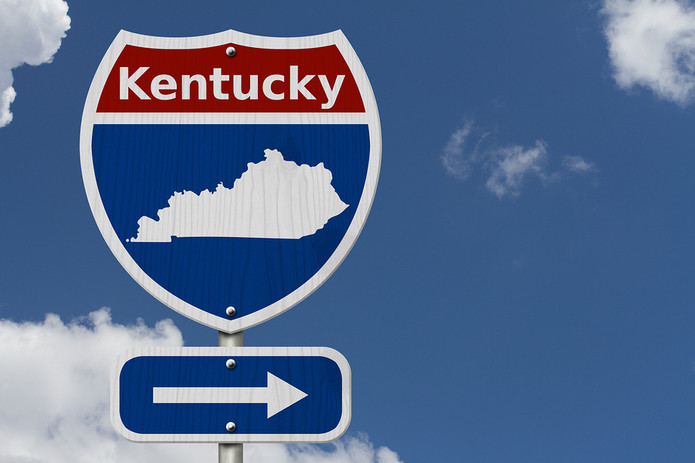 It wasn’t long before the million started to burn a hole in Murphy’s bank account.

So he did what he had always wanted to do: returning to Kentucky to set up his own training yard on his former stomping ground.

He has now set up home at the Skylight Training Center in Goshen in the state, where he and his fellow trainer Justin Curran have tasked themselves with training the next generation of thoroughbred superstars.

He’s already raked in more than $2 million in prize money, with a win ratio of 11%, thanks to the smart purchase of horses such as Dimension, a former Breeders’ Cup Turf Sprint entrant with wins on the Kentucky Downs, Great Wide Open and Emmaus.

Grade 2 victories in the Play the King Stakes, Connaught Cup Stakes and the King Edward Stakes on US soil have perhaps only served to whet the appetite for yet another major payday….

And speaking of the differences between assisting Henderson and running his own firm, Murphy said:

“You’ve much more on your plate as regards stress, for one, but looking after the barn and talking to owners is a lot harder work. Having said that, I definitely would not swap it for anything.” 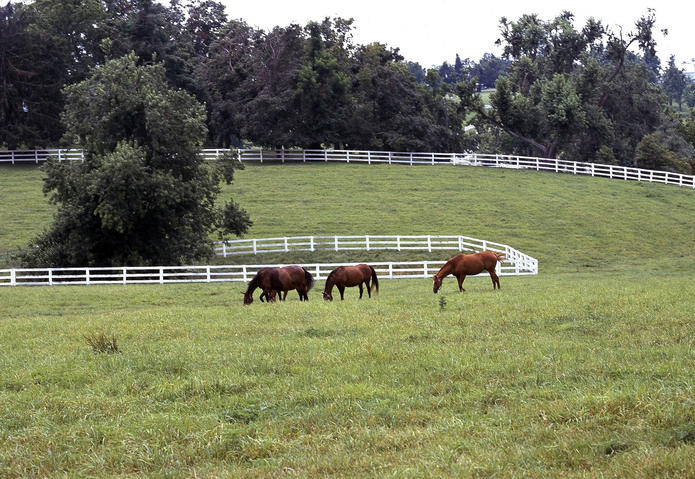 Murphy seems happily settled in the USA with his wife and family, and given his success on the track there you suspect he will enjoy plenty more victories in Kentucky and elsewhere in the years to come.

And there’s some familiar faces around: Finian’s Rainbow has now been happily retired at his Louisville yard alongside Dimension.

“I’m still relatively unknown and I’d have a lesser profile than some of the others, but we’ve built up a few more owners and have a lot of good owners and good relationships and if we can keep building on that it’d be great,” Murphy confirmed.

But you do wonder: does he dream of emulating the achievements of Henderson and fellow Irishmen Willie Mullins and Gordon Elliott on home soil?

Henderson, a mentor to Murphy, is one of the most decorated trainers in history and especially so at the Cheltenham Festival – which remains the pinnacle of UK and Irish racing.

Indeed, take a look at the archives of Murphy’s Twitter feed and you will see he remains as excited as anyone for the Cheltenham Festival when the four-day showpiece rolls around.

What a Cheltenham Festival that was! Some serious performances but Al Boum Photo the highlight for me brilliantly trained by the legend Willie Mullins. Paul Townend incredible and Barry Geraghty proving he’s still one of the best#rollon2021

What does the future hold for Conor Murphy? It’s difficult to say, but the smart bet is that we haven’t seen the last of him in UK and Irish racing just yet.

Previous Post: « Could a New ‘Health Passport’ Accelerate the Return of English Football?
Next Post: What is The PDC Darts Home Tour & Will Players Be Able to Cheat? »