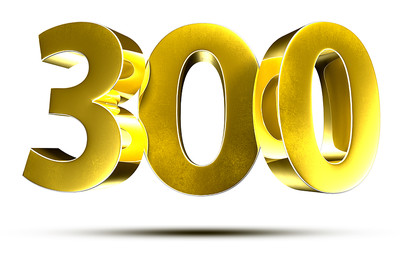 There aren’t many times in life when 300/1 winners hit the money, and so there would have been major celebrations across the land following a meeting at Leopardstown on August 13.

The horse in question is called He Knows No Fear, and the colt certainly lived up to his name by landing the Irish Stallion Farms EBF Maiden despite the consensus on the trading floor being that he didn’t stand a chance given he was a low-key 12/14 on debut last time out.

Amazingly, this was the first winner for trainer Luke Comer in NINE years on the flat.

Punters live streaming the action would have been feeling pretty good about life when the short-odds favourite Agitare led the field into the final straight, but He Knows No Fear powered through the middle and just took the line by a nose for an extraordinary 300/1 win.

It is thought that this is the longest odds winner in history – certainly in the past 30 years, anyway – and what’s more it has been confirmed that 163 punters across Paddy Power, Ladbrokes and Coral had wagered on the horse. One Ladbrokes Coral punter at the firm’s Dublin branch had €100 each way on He Knows No Fear, landing him or herself a handsome €36,000 pay day.

Those shrewdies must have been heeding the advice of Comer’s assistant, Jim Gorman, who said afterwards:

“All our horses have been running well in the last few weeks and knocking on the door without winning, so it’s just great to get a winner.”

Even better if he had a few euros on it….

To mark the achievement of He Know No Fear, we thought we’d take a look at the longest odds winners in history.

The actual record for the longest odds winner in history is up for debate, as there are a few unofficial reports of 400/1 and even 500/1 punts landing early in the twentieth century.

However, as far as verified wins are concerned, here are some of the most unfancied winners of all time:

There were extraordinary scenes at a meeting at Kelso way back in 1990 when Equinoctial became the longest odds winner of the modern era.

He won the £2,000 Grants Whisky Novices’ Handicap Hurdle, coming into the race on the back of a fall, being pulled up twice and finishing 63 lengths shy of the winner in a renewal at Hexham.

But the five-year-old make a mockery of that form, crossing the line in first place for trainer Norman Miller – a performance that was 15lb in the wrong according to the weights.

One of the most recent 200/1 winners came back in June when Intercessor landed a novice stakes outing at Newbury.

Trained by John Gallagher, the three-year-old hit the front early on under the ride of Cieren Fallon and never relinquished his supremacy – the first five horses home were separated by just half a length.

But Intercessor was the clear winner to leave his connections and shrewd punters dancing for joy.

In 2017, Killahara Castle produced a stellar performance at Thurles to break the hearts of putters who had backed the 8/13 favourite True Self.

The six-year-old downed the Willie Mullins trained favourite by a comfy five lengths in the end, winning his first race for 21 outings in what was a real family affair: John Burke was the trainer, brother Martin was in the saddle and sister Elaine was the owner.

Hopefully Elaine was in a charitable mood with her siblings, given that she banked £17,000 in prize money.

There was a Mediterranean theme as Dandy Flame rather undermined the handicapper’s perception of his ability.

It was a balmy Monday evening at Wolverhampton that the 200/1 no hoper ate up the field, with trainer/owner Jose Santos dancing a jig of joy with the winning jockey, Renato Souza.

The novice hurdle at Taunton on January 9, 2012 presented bettors who love an outsider with a smorgasbord of opportunities.

The 50/1 shot Wishes and Stars was right in the mix, but in the end Lights of Broadway – a 200/1 also-ran – took the spoils in her third start for the Jo Hughes yard. Mark Grant was in the saddle.

Maoi Chinn Tire had a pretty tough time of it before joining Jennie Candlish’s yard, and it was there that something seemed to spark for the four-year-old.

Previously a sprinter, the horse was sent out for his jumps debut at Wetherby but wasn’t fancied – 200/1 was all the bookies rated him as. But that proved no hindrance, and Maoi Chinn Tire opened his win account over the obstacles at the first time of asking.

It was a return to her former training yard with Mary Hambro that proved the catalyst for Beechy Banks’ amazing 200/1 win at Warwick in September, 2002.

She won over a mile-and-a-half against a decent field too, leading Miss Gigi home by a solitary length after taking the lead a furlong out.

Previous Post: « The Mother of All Comebacks! Sportswomen Who Have Given Birth and Came Back Stronger
Next Post: Is Snooker Becoming an Old Man’s Sport? »