He may have a cool name, but Edward Woodward – the executive vice-chairman of Manchester United – is not the coolest of operators when it comes to the thrifty acquisition of footballers.

This is a guy, after all, who is reportedly refusing to give the green light to United’s £120 million pursuit of Jadon Sancho, an English talent with the world at his feet. And yet, Woodward has in the past sanctioned the signings of Victor Lindelof, Alexis Sanchez, Henrikh Mkhitaryan, Eric Bailly, Fred, Aaron Wan-Bissaka and Diogo Dalot for roughly £240 million. The mind boggles….

Even more boggling is the fact that Woodward is an accountant and investment banker by trade, previously working for major firm J.P. Morgan as a mergers and acquisitions specialist in the past.

Now, the 48-year-old is so despised by Manchester United fans – unsurprising given a catalogue of shocking results including the 1-6 loss to Tottenham in October 2020 – he has been given an armed guard at his home….just eight months after disgruntled supporters aimed smoke bombs and flares at his Cheshire home.

So who is Ed Woodward, a man – rightly or wrongly – associated with the downfall of this once great club despite never having laced up a pair of football boots? 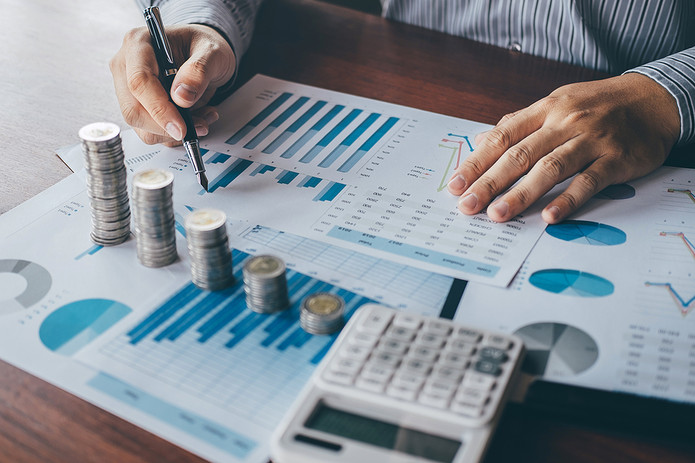 Born and raised in Brentwood in Essex, the young Ed had a head for numbers and went on to study physics at the University of Bristol.

After completing his degree, Woodward decided that accountancy was the game for him and so he went on to train and qualify as a chartered accountant in 1996.

His big break came at the PricewaterhouseCoopers brand of accountants, which is considered one of the ‘big four’ in the business alongside Deloitte, KPMG and EY – ironically, Manchester United used to be a part of their own big four battling for honours too.

Woodward spent six years with the firm before moving into investment banking at J.P. Morgan, where you would think he learned a lot about how to invest funds wisely (despite United fans having evidence to the contrary.

As part of his work in the mergers and acquisitions team, Woodward advised Malcolm Glazer and the rest of his consortium during their purchase of Manchester United, with Glazer later appointing Woodward in a ‘financial planner’ style role.

Ed was successful in boosting the global commercial appeal of the club, doubling their sponsorship revenue in his first five years in the role.

In 2012, he was appointed to the board of directors, and when David Gill retired – vacating the position of CEO, Woodward was handed the main operational leadership role at the helm in the newly-created position of executive vice-chairman.

What is Ed Woodward’s Role at Manchester United?

To most, the words ‘executive vice chairman’ are enough to cure insomnia.

For Ed Woodward, they basically mean he is the top dog at Manchester United (aside from the inactive Glazers who act as chairmen), leading the club’s operations with a wide ranging brief that ranges from hiring and firing staff to the recruitment of new players.

It is this latter part that most United fans object to, and previous managers Louis van Gaal and Jose Mourinho have both blamed Woodward – either directly or indirectly – for their failure to return the Red Devils to their perch as the best team in England.

According to reports, Mourinho handed Woodward a list of transfer targets ahead of the 2018/19 season and he vetoed them all, instead signing a number of players that the Portuguese manager had not indicated a preference for.

Mourinho is also said to have wanted to sell Anthony Martial in order to free up funds for new signings, but Woodward was adamant that the French star would not be allowed to leave for less than the £36 million he paid for him. Martial has been in and out of the side ever since.

Since taking on the responsibility for completing transfer deals for Manchester United, it’s fair to say that Woodward’s record of success has been ‘mixed’ – to put it very, very mildly.

Indeed, one of his first signing was to splash £30 million on Marouane Fellaini, a player more adept with his head and elbows than his feet. It was a signal for impending decline for United.

Some £33 million was spent on Luke Shaw, who to this day looks far below the standard required to pull on the famous red shirt, while Angel Di Maria – a Champions League finalist with PSG in 2020 – was purchased for £67.5 million in 2014 and sold for £56 million a year later. That is some depreciation in value.

Memphis Depay, who is on the verge of joining Barcelona, was sold for a loss more than £15 million after 18 months with the club, while the near £50 million spent on Morgan Schneiderlin and Matteo Darmian in the 2015/16 season is perhaps best forgotten about.

Another £10 million was lost on the cut price sale of Romelu Lukaku – who is banging in the goals for fun ironically at Inter Milan, and the less said about Alexis Sanchez (£30 million lost, 48 appearances, 5 goals, 9 assists) the better.

The jury remains out on the likes of Harry Maguire (£78 million), Fred (£53 million) and Wan-Bissaka (£50 million), and it seems likely that a significant loss will have to be taken to get the likes of Lindelof, Martial and Bailly out of the club.

And it’s not just transfers into the club where Woodward has failed in his brief. At one time or another, he has agreed the sale or the release of the likes of Di Maria, Depay, Wilfried Zaha, Romelu Lukaku and Chris Smalling, while even guys like Michael Keane and Jonny Evans appear to be an improvement on what Ole Gunnar Solskjaer has to work with today.

It’s easy to blame a manager when things go wrong in football, but the systemic failure at Manchester United since the retirement of Sir Alex Ferguson could, arguably, be placed at the door of one man with a cool name but a woeful eye for transfer business.

Previous Post: « What Will Happen to William Hill’s UK Customers After Huge Caesars Sale?
Next Post: Project Big Picture: What Are the Proposals and Are They Good or Bad for English Football? »