Thankfully, there hasn’t been a great deal of talk of proud English football clubs going out of business of late.

Of course, the situation at Derby County is ongoing and rather troubling for all involved at the club, although there could be better news on that front with American businessman Chris Kirchner rumoured to be interested in a takeover.

There will be other clubs that no doubt get embroiled in financial woe in the months and years ahead, but there’s been good news for Bury FC – one of the worst afflicted.

After a year from hell, their supporter-led takeover has been given the go ahead. Finally, some light in the dark for the Shakers….

Often when a football club slides into administration, it can be catastrophic and apocalyptic – especially for lower league clubs, with the likes of Chester, Rushden & Diamonds, Darlington and co testament to that.

Supporters of Bury FC will have feared the worst then when their dire straits were revealed in 2019 – they were forced out of the Football League after they were unable to provide proof of funds.

They were the first club in 17 years to be expelled from the professional football pyramid, and even the most optimistic of Bury fans would have been fearing the worst.

Former owner Steve Dale tried to rally and get the club voted into the National League in time for the 2020/21 campaign, but that was also vetoed – administration loomed in November 2020.

The club has essentially been lying dormant ever since, unable to play football while legal and financial matters are resolved. A group of supporters have set up their own phoenix club, Bury AFC, and they are now competing in the North West Counties Football League.

But there were plenty that wanted to see the ‘original’ Bury FC make a return, and that has taken a massive step closer to reality…. 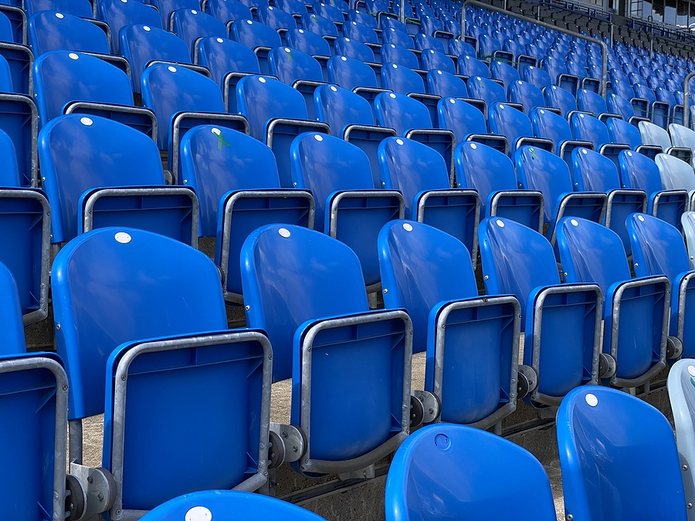 Rain would pre-date the sunshine in this scenario, however: Gigg Lane, the club’s home, was put up for sale in May, and the administrator revealed debts of £12.5 million.

Apparently there was some interest in buying the club but a formal offer never materialised until August, when Est 1885 – a Bury FC supporters consortium – got together and made their interest known.

Est 1885, another supporters group Forever Bury and ‘local business interests’ have got together and put a bid on the table, stating:

“We ask ALL Bury fans to get behind this bid, which is fully supported by our 2 local MPs, as well as Bury Council, so that we can all take our seats once more watching the Mighty Shakers play at Gigg Lane.”

With plans to have Bury FC back and playing at Gigg Lane in time for the 2022/23 season, you certainly can’t fault the consortium’s ambition – and the great news is that they have now struck a deal with administrators to complete the sale.

It’s not the way they would have wanted it, but finally Bury fans can start to dream of seeing their beloved club back in action at their spiritual home in the near future.

As one former league club celebrates a rare bright moment, another is facing a disaster of their own.

Rochdale, of League Two, are the latest outfit to fear football’s Grim Reaper. Ranklings at board level have given rise to suggestions of a hostile takeover, with demands for outside investment to safeguard the future of the club causing a rift among its directors.

Two of them, David Bottomley and Graham Rawlinson, were voted off the board as a consequence, and along came Morton House Management to make a shareholding bid via seven different investment groups.

The idea was that they would be given majority ownership, but former chairman Andrew Kelly refused to sell his stock and so Morton House have been left with an aggregated 42% shareholding – not enough for majority power.

The drama continues. Morton House are taking Kelly to court over his shares while Matt Southall, a former board member at Charlton who now lives in Dubai, has acquired 25% of Morton House’s stock.

And then there’s also the Dale Trust, a supporter’s group made up of more than 1,000 members, and the other 344 shareholders that make up the complicated ownership structure at the club.

The main contention is that each of the parties perhaps has different aspirations – there are those who want Rochdale to make money above all else, and then there’s the Dale Trust who want the club to put fan ownership over commercial interests.

But if no clarity can be sought, the fear is that they could go the way of many other football clubs that have experienced financial disaster in recent times….