Here’s a question: when you really think about it, who holds the power in football?

Is it the governing bodies, who decide the rules of engagement in the top leagues and competitions, or is it the clubs themselves – huge, money-generating beasts (in the top-tier at least) who are backed by private financiers and some of the biggest commercial sponsors on the planet?

In Brazil, they’re banking on the reigns of power being held by individual clubs – and that’s why they are coming together to create a ‘breakaway’ league governed by themselves, rather than the under the control of the Confederation of Brazilian Football (CBF).

They plan to call it Liga Brasileira, or Libra for short, and given that many of the biggest names in Brazilian football have signed up – Flamengo, Palmeiras, Santos, Sao Paulo and even the Red Bull backed Bragantino are on board – it could bring an end, in a fashion, to Serie A….the top tier of club football in the South American country that was founded back in 1959.

Imagine a scenario where sides like Manchester City, Liverpool, Arsenal and Chelsea held a meeting and decided ‘we don’t need the Premier League or the Football Association to govern us’, and they went off and made their own competition in which they didn’t have rules on financial fair play and the like to adhere to. Of course, the Premier League was a ‘breakaway’ in its own right, but you do wonder how long it will be before the big clubs set up their own league that is self-administrated.

It certainly sounds, in a way, like the European Super League that died a very quick death in 2021, although the emphasis here is more on self-governance than it is generating money.

So, can the revolution Brazilian football really work, and would it pave the way for similar uprisings in other countries too?

What is Liga Brasileira (Libra)?

Tired of the meddling of the CBF, representatives of the top teams in Brazil started holding secret meetings about the breakaway in 2021.

It seemed unlikely to yield results at first as a lot of these clubs really don’t like one another historically speaking, but they have got on the same page to the extent that their proposed competition has a name – Liga Brasileira, or Libra in English-speaking countries, and a series of possible financial backers, who are thought to include former Coca-Cola and ESPN executives as well as the ex-Liverpool FC chief and current EFL chairman, Rick Parry.

Bizarrely, chiefs of the CBF have been supportive of the move, with its president – Ednaldo Rodrigues – even going as far to say he will be ‘at the disposal’ of the clubs interested in setting up their own organisation.

It’s symptomatic of the changing face of Brazilian football. For so long, clubs were community-led and run as social membership enterprises, but in recent years there has been an embracing of private takeovers – entrepreneur John Textor is now the owner of Botafago, while legendary striker Ronaldo owns Cruzeiro to go with his stake in Real Valladolid in Spain.

There’s definitely been a ‘follow the money’ vibe in the beautiful game in Brazil for a while now, and that is perhaps the real genesis of the breakaway ambitions. 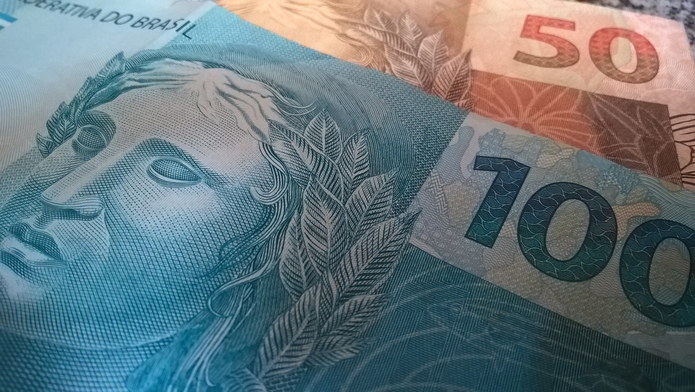 You can probably guess what the main stumbling block is that is currently delaying the foundation of Liga Brasileira.

It’s all about the cold hard cash, and specifically how the kitty raised by selling TV broadcast rights – domestically and overseas – will be shared.

Traditionally, teams from Sao Paulo and Rio de Janeiro have been the most powerful in Brazilian football, and it’s the half-dozen clubs from those regions that want the money to be split in a 40-30-30 equation – 40% equally shared, 30% according to competition performance and 30% based on other factors (crowd attendances, streaming numbers and even, oddly, social media follower count).

The other clubs sat at the table want that split to be 50-25-25, understandably, and ten of those outfits have formed the ‘Forte Futebol’ group to try and improve their bargaining position.

It’s ironic, really, that money is what drove a number of the clubs to seek the formation of a self-government league, and it’s that same desire that could prevent the competition from ever taking off. The footballing world continues to watch with interest….

Previous Post: « What is the Best Eurovision Performance of All Time?
Next Post: In Which Sports are Women Paid As Much as Men? »