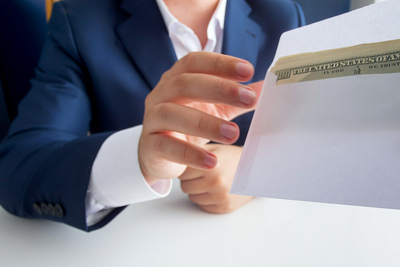 There was outrage in the world of snooker recently with the news that two of its most promising stars have been found guilty of match fixing.

On the eve of the UK Championship, one of snooker’s ‘triple crown’ events, Yu Delu and Cao Yupeng – two prominent talents from China, one of the sport’s most popular countries – have been found guilty after a significant investigation into match fixing.

Suspicious betting activities were highlighted in a number of matches involving the pair, and this is just the latest corruption scandal to blight snooker following the demise of former top-ten player Stephen Lee.

Delu has been banned from the sport for more than ten years, and has subsequently been described as a ‘scourge to the game of snooker’. Yupeng admitted a lesser charge and was banned for six years, with half of that sentence suspended.

The former was found by the World Professional Billiards and Snooker Association (WPBSA) to have manipulated the outcome of five matches, two of which he won. A Far Eastern crime syndicate requested that that pair of games ended 4-3 to either player, although there is no suggestion that Delu’s opponents were aware of the corruption.

Stakes as high as £65,000 were placed on the outcome, which is highly unusual for what were qualification matches. The tribunal found that the 28-year-old ‘engaged in deliberate and premeditated corruption to secure substantial financial gain for his friends/associates and himself’, which suggests he also had a bet on the arranged outcomes.

Yupeng admitted manipulating the outcome of three matches, all of which he lost, but having co-operated fully with the investigation – in which he admitted receiving £5,000 for each game.

“Cao Yupeng has shown true remorse and he will assist the WPBSA in player education and in its fight against corruption, which is reflected in his reduced sanction,” said Jason Ferguson, head of the WPBSA. 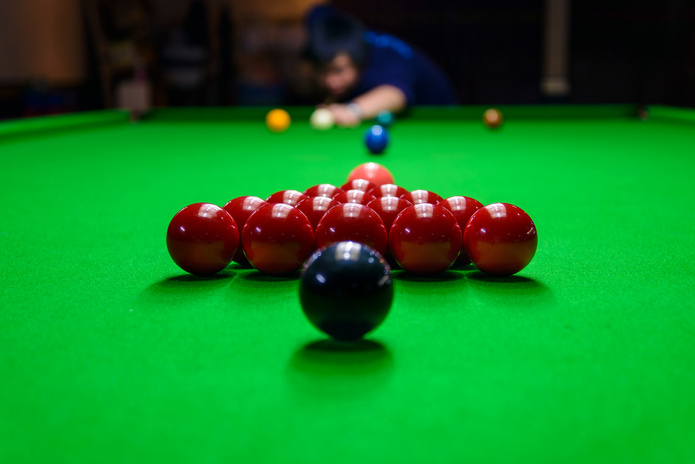 The Chinese pair are not the only professional snooker players to have been sanctioned for alleged match fixing in recent times.

David John, who lost his tour card this season, is being investigated for alleged corruption in a match involving Graeme Dott, with fellow pro Jamie Jones – a former World Championship quarter-finalist – also implicated.

The WPBSA investigation believes that Jones and John plotted to fix a match involving the latter against Dott, which the Scot won 6-1. There is no suggestion that Dott was involved in the plan, nor that any matches involving Jones will come under scrutiny.

And then there was Stephen Lee. A five-time tournament winner, Lee was regarded as one of the best cuemen in the game, but he too fell foul of match fixing and in 2013 was handed a 12-year ban from the sport.

An inquiry found that he fixed the outcome of seven matches, including two deliberate defeats at the Malta Cup in 2008, as well as purposefully losing the opening frame of two matches that he would go on to win in the UK Championship of the same year.

In three other matches, he was found guilty of losing by a particular scoreline.

A tribunal found that unusually high amounts were staked both online and in high street bookmakers by a number of people, including Lee’s sponsor Paul Jones, his manager Neil Clague and a childhood friend in Ian MacDougall.

“Lee was in contact with the groups in the lead-up to the matches in question and afterwards,” read a WPBSA statement.

“In one case the person collected the successful bet and placed half of the winnings into Lee’s wife’s bank account.

“The total amount bet on these matches was in excess of £111,000 leading to winnings of over £97,000 for the persons placing the bets. It is not clear how much Lee benefited from their activity.” 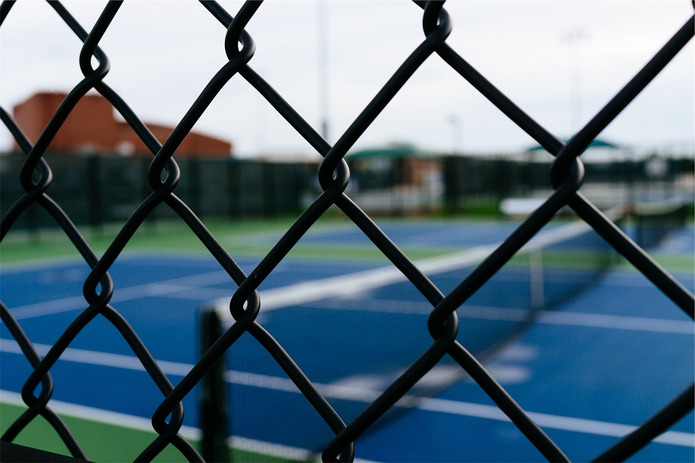 An Independent Review Panel reported in 2018 about match fixing in tennis, identifying a ‘tsunami’ of corruption particularly on the sport’s ‘lesser’ tours.

Of the 3,200 professionals interviewed, 464 confirmed that they knew of instances of match fixing first hand.

The report delivered a damning verdict, with a ‘very significant’ corruption problem at ‘lower and middle levels of the sport’. These are a ‘fertile breeding ground for breaches of integrity’.

Adam Lewis QC, who led the investigation, said: “Only the top 250 females and 350 male players are making enough money to break even before coaching costs, yet there are 15,000 nominally professional players.

“It’s a small step for a player who already intends to lose for other reasons to then bet or inform others of his or her intentions so as to make enough money to continue playing.”

No individuals were implicated in the report, although punishments have been dished out to a number of players since. Daniel Koellerer, a former world number 55, was banned for life from professional tennis in 2011 – the first lifetime ban ever handed out by the Tennis Integrity Unit (TIU).

The Austrian admitted using his own personal website as a medium for accepting match fixing requests from interested parties.

And in 2018, the TIU found that Nicolas Kicker had fixed two matches in 2015. They alleged that he was guilty of ‘failing to report a corrupt approach and of not co-operating with a TIU investigation into the allegations made against him,’ and was suspended for six years and fined $25,000. 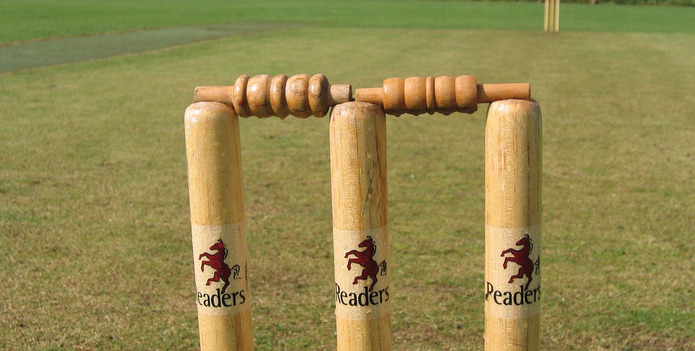 Match fixing has seeped into team sports too, with cricket the most high profile case in recent times.

Pakistan were touring England back in 2010, and in a test match at Lords, the home of the sport, fast bowler Mohammad Amir bowled some huge no-balls; where his front foot oversteps the crease.

They could have been put down to nerves – Amir was just 18 at the time, and touring England for the first time, but subsequently it was found that something more sinister was afoot.

A News of the World investigation reported that Mazhar Majeed had accepted payments for Amir and Mohammad Asif to bowl no-balls at certain points in the game; allowing punters ‘in the know’ to prosper.

That trio, plus team captain Salman Butt, were found guilty, and the severity of the crime landed them all in jail.

The International Cricket Committee subsequently handed out bans to the players, with Butt and Asif essentially banned for life with Amir – who was thought to have been naïve in going along with the wishes of his senior teammates – given a ban of five years. He is now back playing professional cricket.

Bowling a no-ball doesn’t impact upon the result of the game, so it’s not match fixing per se, although there is a financial incentive to all involved in the ‘spot fixing’.

It was hard not to feel sympathy for Amir, who had bowled beautifully during the series and who clearly had no real intention of fixing cricket matches. It would seem that peer pressure can also be a factor in match fixing, as well as a need to make ends meet. 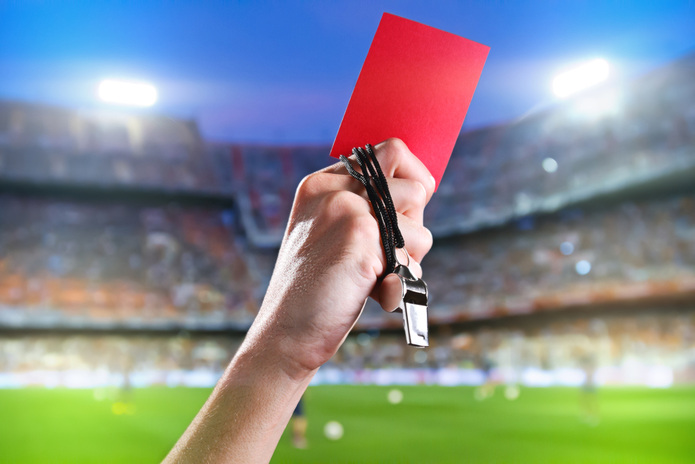 Football has had the occasional match fixing issues through the years, most notably Juventus’ relegation to Serie B in 2006.

One of the most alarming cases that harmed the integrity of the game came in Germany, specifically the second and third tiers where referee Robert Hoyzer was responsible for a huge scandal in 2005.

There was also a DFB-Pokal Cup tie between Hamburg and Paderborn, where Hoyzer awarded two questionable penalties to the away side and sent off the hosts’ Emile Mpenza for dissent.

It later became apparent that he was working on the orders of a Croatian crime syndicate, with Hertha Berlin trio Alexander Madlung, Nando Rafael and Josip Simunic also implicated. They had played in a shock 2-3 defeat to Eintracht Braunschweig, a team from two divisions below, in the cup, with Madlung scoring a late own goal.

After investigation, no foul play was found, although Hoyzer was banned for life from refereeing.

Should Punters Be Concerned by Match Fixing?

At the time of writing, no major sporting stars had been implicated in a match fixing scandal.

When you have a bet, you like to know that you’re getting a fair run for your money; not always the case in low-tier tennis events.

You would think that scenarios like the cricket no-ball scandal are much easier to detect these days; anti-corruption software used by bookmakers would flag up any alarming stakes or unusual patterns, and even the Betfair Exchange, the peer-to-peer platform that is unregulated to some extent, can be monitored for suspicious activity.

It is concerning that corruption in sport has its own annual conference, Tackling Match Fixing, and that Emanuel Macedo de Medeiros, the CEO of the Sports Integrity Global Alliance (SIGA), has said ‘we are not winning this fight’.

“How many more scandals do you need? We have seen this unprecedented tsunami falling upon FIFA. You have seen the largest sporting organisations in the world being decapitated, from FIFA to UEFA to CONCACAF to CONMEBOL.”

“All the organisations and individuals with responsibility need to wake up and so something about it.”

You do wonder if we are on the edge of a major revelation that will rock the world of sport….

Previous Post: « And It’s Over to the Judges: The Worst Points Decisions in Boxing History
Next Post: Betting Companies Agree ‘Whistle to Whistle’ Ban on Gambling Adverts During Live Sport »