Normally at the start of a new football season, you expect the players to bed their way in gently….

There were no such niceties when French champions PSG tackled Marseille in just their second game of the 2020/21 Ligue 1 campaign, however. A feisty encounter had threatened to boil over at various points, but in injury time – with the underdogs 1-0 up – all hell broke loose.

Neymar – who later accused Alvaro Gonzalez of making a racist comment – sparked the aggravation when he slapped the Spaniard on the back of the head.

Just moments later, Leandro Paredes and Dario Benedetto went up for a header and forcibly collided, with the former striking Benedetto before appearing to headbutt Gonzalez, who was once again in the thick of the action.

A melee broke out, and it appeared as though Layvin Kurzawa and Jordan Amavi threw punches and kicks at one another in the bedlam.

In the end, Kurzawa and Amavi were shown straight reds, Paredes and Benedetto were shown their second yellows and thus given their marching orders, and Neymar – following a VAR review – was also dismissed for his initial attack on Gonzalez.

Okay, so it was hardly UFC style violence, but even so it is rare for five red cards to be shown in a single game. The referee must have been delighted that the shenanigans unfolded in the 97th minute so that he could blow his final whistle shortly after.

Indeed, had there been much time left, how in danger would PSG vs Marseille have been of being abandoned altogether?

How Many Red Cards Does it Take to Get a Football Match Abandoned? 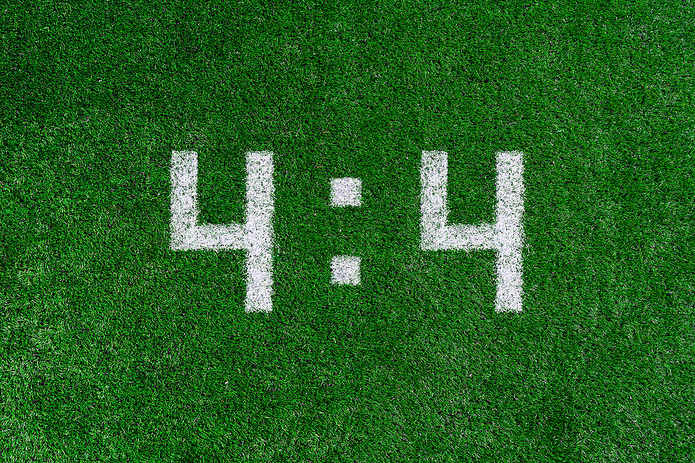 The rules of football are nice and straightforward: a game can start – and continue – while both teams have a minimum of seven players.

If one team has less than seven players, due to red cards and/or injuries, the referee must abandon the game.

Retrospectively, the team with less than seven players forfeits the game, and depending on the governing body overseeing the match they are usually given a 0-3 loss irrespective of the scoreline at the time of the final player leaving the field – unless, that is, the forfeiting side were more than three goals down at the time. In this case, the result stands.

What is the Most Red Cards Shown in a Single Game? 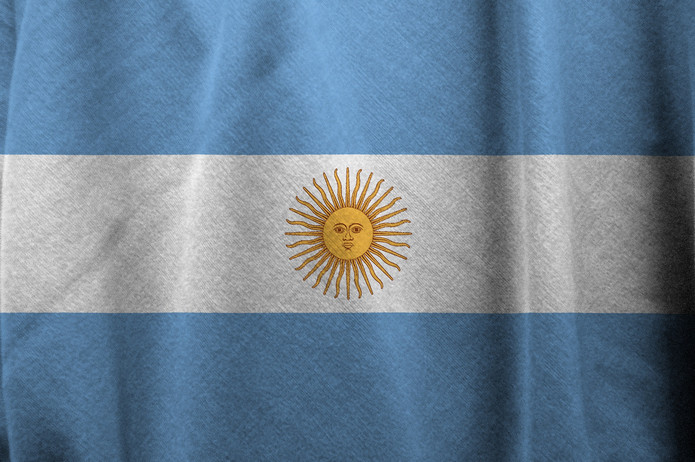 It depends on how far down the footballing pyramid you want to go – and which countries you wish to travel to – in order to answer that question.

You can’t do much better than the game in the fifth tier of Argentinean football between Claypole and Victoriano Arenas, however, in which 36 red cards were shown!

Two of the players had already been dismissed prior to an all-out brawl breaking out, and when that was eventually broken up the game as abandoned. In the end, the referee filed his match report and all 22 players, a handful of substitutes and a number of coaches were given retrospective red cards for their part in the melee.

“Most players were trying to separate people. The ref was confused.”

What is the Most Red Cards Shown in an English Game? 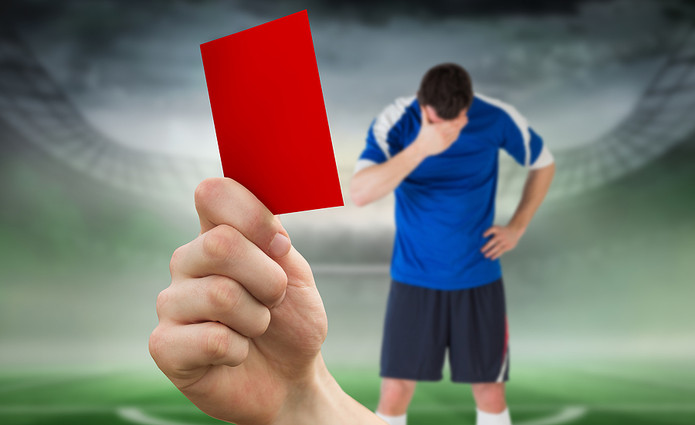 Funnily enough, the five red cards shown in the PSG vs Marseille encounter equals the most ever shown in an English professional game.

Incredibly, the record was equalled in December of that year when Bristol Rovers literally and metaphorically clashed with Wigan.

There is a commonly-held myth that the ‘Battle of Brammall Lane’ is also in this pantheon. The 2002 game was abandoned when Sheffield United went down to six men against West Brom, however there were only three red cards shown to the Blades – two of the dismissed players were substitutes, and over the course of the game three more United stars were injured and unable to continue.

What is the Most Red Cards Shown in a Premier League Game? 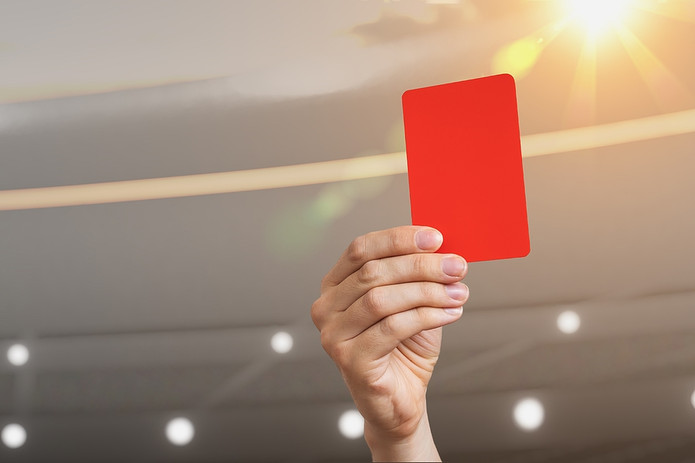 The most red cards shown in a single Premier League game is three, and that has happened on 17 different occasions. The worst offenders are Leicester City, who featured in a trio of those games.

As far as the hall of shame for an individual team is concerned, the most red cards shown to one side in a Premier League game is also three: Newcastle (against Aston Villa in 2005), West Ham (Leeds, 1999) and Barnsley (Liverpool, 1998).

What is the Most Red Cards Shown in a World Cup Game?

How have diplomatic relations been between Portugal and the Netherlands in the past decade or so? Because the war between their respective football teams at World Cup 2006 could have shattered even the most benign of peace.

It wasn’t a mass fight that caused four red cards to be shown and 16 yellows in total, but a series of niggly, ill-tempered fouls in a game that can best be described as tempestuous.

Luminaries such as Deco, Giovanni van Bronckhorst, Costinha and Khalid Boulahrouz all received their marching orders in the most ill-disciplined World Cup game in history.

Previous Post: « John Daly: One of Golf and Sport’s Greatest and Most Controversial Characters
Next Post: Are Macclesfield Town the First of Many English Football Clubs Go Bust in 2020/21 »