USA Cricket, the governing body of the sport in the North American country, has revealed blueprints that, if realised, could see the U.S. elevated to full member status with the International Cricket Council (ICC) by 2030.

If they achieve their goals of increasing participation, growing engagement and improving the standard of the national team and its domestic competitions, the USA could soon be locking horns with England, India and the rest of the major cricket nations in the World Cup and other prestigious competitions around the globe.

It won’t be easy, of course. American sport is still dominated by the ‘big four’ of basketball, baseball, ice hockey and American football, but other niche areas – including soccer and rugby – have grown exponentially in the United States in the past decade or so.

The ICC is exacting in who it welcomes as full members, and none have been handed that status since 2017. However, the last country to be announced as a full ICC member was Afghanistan, and you would have to say that the U.S. should have a far greater infrastructure in place if cricket gets the funding it deserves.

So can cricket elbow its way into the consciousness of an American public that has shown an interest in niche sports in recent years?

A History of Cricket in the USA

It’s absolutely remarkable to think that, during the 1700s, cricket was the most played sport in North America.

There are obvious reasons for that, particularly the fact that many other sports hasn’t even been invented then, but it shows how British colonists – and subsequent immigration from the Caribbean and India – helped to spread the joy of cricket to new territories.

The east was the spiritual home of cricket in those early days, with Boston, New York and Philadelphia hotbeds of leather on willow on willow back in the 1700s.

By the mid-1800s, there were more than 1,000 formal cricket clubs in the United States, with the influence spread across the country into 22 different states.

But the Civil War acted as something of an obstacle to cricket’s growth, and baseball – a similar sport in many ways – became the prominent go-to for soldiers on the front lines.

After that, baseball was seen as the sport of the nation; a patriotic symbol of togetherness among the troops. Cricket didn’t stand a chance.

And it’s remained on the periphery ever since, although the creation of a number of domestic competitions in recent times – as well as televised coverage of some international and Indian Premier League matches – has helped to capture a growing audience.

As reported by The Guardian, some 2.4 million in America tuned into the 2014 T20 World Cup final.

Domestic Cricket in the USA

It really is a shame that, until recently at least, domestic cricket has never really taken of in the United States.

Competitions like the American Premier League, the American Twenty20 Championship and Pro Cricket have come and gone, and for the most part they only lasted one season due to low attendances and indifferent viewing figures.

There has been something of a sea-change in recent times however. The National Cricket League was founded in 2019, with teams from eight states taking part. It attracted some international pros and the best American players, and the resulting success ensured that the NCL would become an annual event.

Sadly, the 2020 edition was wiped out by COVID-19, but the hope is that the National Cricket League will return next year.

And then there’s Major League Cricket (MLC). This T20 format has been chosen specifically by USA Cricket, the sport’s governing body in the United States, to act as a ‘strategic partner’ for the sport’s growth. Investment has come for suitable venues to host MLC matches, as well as training facilities and even elite youth academies.

It’s been far from plain sailing in getting the US national cricket team off the ground.

It was way back in 1965 that the United States of America Cricket Association (USACA) first became an associate member of the ICC, but little progress was made and 50 years later the USACA was banished from the ICC due to concerns over the authority’s governance of the sport.

US Cricket would later take up the mantle, and in January 2019 they were welcomed into the fold of the ICC as an associate member.

Regulatory issues aside, the U.S. cricket team first picked up a bat in the 1800s, where they largely played against Canada in a series of challenge matches – latterly known as the Auty Cup.

Having been established as an ICC member, the U.S. team was able to take part in more prestigious competitions, and they participated in the ICC Trophy regularly from 1979 onwards – that tournament is now know as the World Cup Qualifier.

An impressive United States national side won the ICC’s Six Nations Challenge in 2004 and played its first matches in the Champions Trophy that very year.

Granted full T20 and ODI status, the United States national team has been more active in the past couple of years and in 2019 they played a triangular series against Papua New Guinea and Namibia – winning three of the four matches they played at Central Broward Regional Park in Lauderhill, Florida. 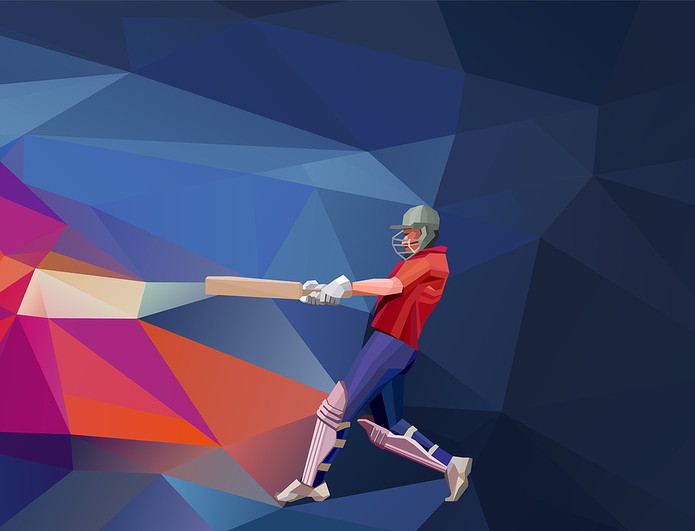 It will be incredibly difficult for cricket to enter the mainstream consciousness of sports fans in America given how dominant the ‘big four’ are in terms of popularity.

But soccer has shown the way to some extent – that is one of the fastest-growing sports in America – and shows what can be achieved with significant investment.

There’s not a huge amount of it sloshing about in American cricket, and realistically the only way the sport can grow is if the best players in the world are persuaded to play in Major League Cricket – soccer in the U.S. has a history of attracting big names to the MLS, albeit usually at the end of their careers.

Does Major League Cricket have the budget to attract a Virat Kohli or a Ben Stokes to play in it? That seems wholly unlikely.

Perhaps the growth of cricket in American needs to be a slower, more organic process, and there could be a helping hand on that front if – as has been rumoured – cricket is added to the list of sports contested at the Olympic Games.

The 2028 Olympics will be hosted by Los Angeles, and what better way to introduce an American crowd to cricket then at the biggest sporting spectacle on the planet.

Previous Post: « Phoenix Clubs: Football Teams That Have Been Reborn
Next Post: The FA Rules on Retrospective Punishments: What Are They and Do They Need to Change? »