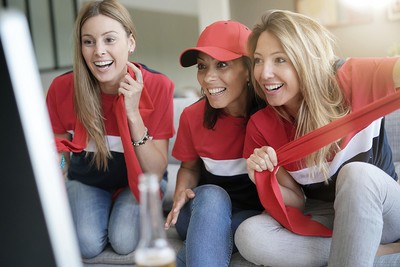 A record number of people watched women’s sport on TV in 2021, the viewing figures have confirmed.

A whopping 32.9 million armchair fans switched on a female-led sporting event, which compares favourably to 26.9 million in 2020 and represents a viewership growth of more than 50% since a decade ago.

It was two ‘new’ tournaments that drove the increased interest. The Women’s Super League football has been broadcast on Sky Sports for the first time on a consistent basis, and that – coupled with the creation of The Hundred cricket event – brought in more than eleven million viewers alone. According to the Women’s Sport Trust, nearly six million of those had not watched female-dominated sport on TV before 2021.

The numbers are made all the more remarkable given that fewer people are watching TV in the traditional way anymore, with streaming and catch-up services enjoying more viewers than ever before.

The chief executive of the Women’s Sport Trust, Tammy Parlour, is hoping that this is just the tip of the iceberg.

“The importance of free-to-air, alongside pay-TV coverage, in bringing new audiences to women’s sport should not be underestimated,” she said.

“Domestic competitions such as The Hundred and the Women’s Super League are the perfect gateway to viewing more women’s sport, and I look forward to seeing the impact other major international events this year will have on future viewing figures.”

What are the Most Watched Sports on UK Television? 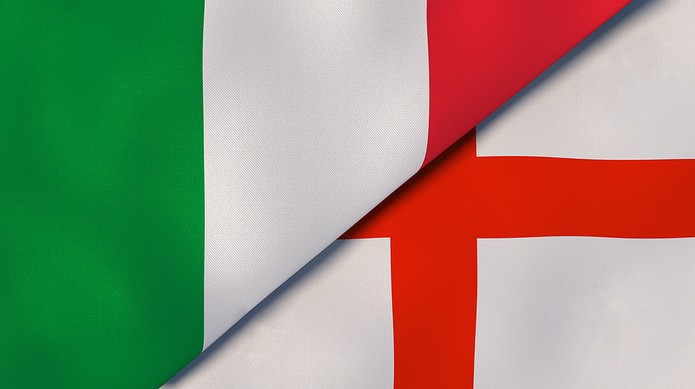 It seems that 2021 was a year in which more and more families and households gathered around their TV to watch the biggest sporting moments.

Leading the way was the Euro 2020 final, which saw heartbreak for England jubilation for Italy at Wembley Stadium. Both the BBC and ITV broadcasted the action, and they saw a combined viewership of more than 30 million tune in as Gareth Southgate’s men came up just short.

Unsurprisingly, England’s other knockout stage matches against Denmark and Ukraine were the next most-watched, with 23.86 million and 20.9 million tuning in for each respectively.

Football led the way in 2021, as you would expect, with the FA Cup final between Leicester City and Chelsea in May watched by 9.2 million people on the BBC. On subscription-based TV, the Super Sunday clash between Premier League title rivals Manchester City and Liverpool drew 4.5 million viewers….who would have been overjoyed that the game ended 0-0.

But other sports enjoyed plenty of popularity too. The Calcutta Cup clash between England and Scotland during the Six Nations attracted a strong 8.7 million armchair following, while 4.1 million tuned in for the World Championship Snooker final between Mark Selby and Shaun Murphy – some 27% of all TV viewers in the UK on that particular Monday evening.

Elsewhere, the Grand National was watched by a huge 8.8 million race-fans and punters, while the Tour de France attracted a strong 2.5 million viewership despite not being shown on terrestrial television.

What are the Most Watched Sports in the World? 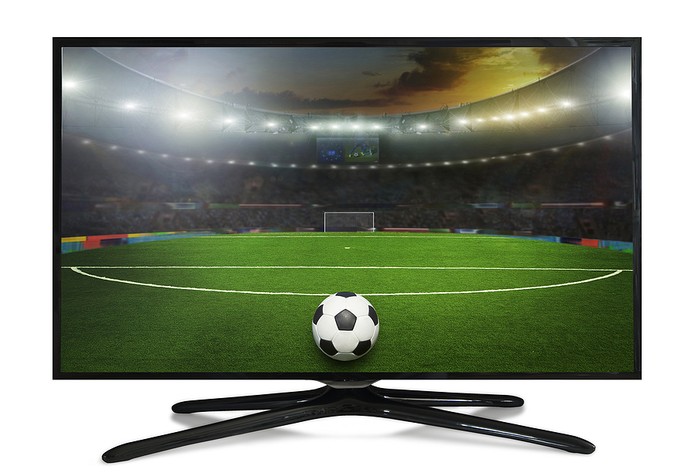 While its hard to collate global TV audiences for obvious reasons, it is generally regarded that the Premier League is the most watched sporting competition in the world.

A staggering 4.7 billion people get their fix of the action, although the caveat is that there are 38 rounds of matches with weekend broadcasts – the competition is at a clear advantage when it comes to drawing in mighty viewing figures.

The Premier League leaves the World Cup trailing in its wake, with the quadrennial showpiece attracting an average audience of 3.5 billion. Even the Summer Olympics can’t lay a glove on English football’s top tier, with approximately two billion tuning in for the track and field extravaganza every four years.

Interestingly, the women’s football World Cup is the only other sporting event to breach the one billion mark, with the Champions League one of the next most-watched events with a global audience of around 380 million.

The Tour de France is incredibly popular in Europe in particular, and some 150 million tuned in to watch cycling’s flagship event in 2021 alone – roughly the yearly average.

As singular, standalone TV events go, you will do well to find one more widely-watched than the Super Bowl – nearly 100 million watch the conclusion of the American Football season each year.

Previous Post: « Great Britain’s Gold Medals at the Winter Olympics: Could Beijing 2022 Be the Best Yet?
Next Post: What is the Longest Gap Between Winning Olympic Gold Medals? »