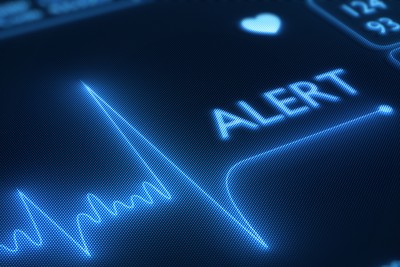 It’s one of the worst things that a spectator at a sporting event can see: a player of official collapsing to the ground, for seemingly no reason, to the horror of those around them.

Less than 18 months after Christian Eriksen suffered a cardiac arrest while representing Denmark at the rescheduled Euro 2020, NFL star Damar Hamlin experienced the same fate while playing for the Buffalo Bills.

The 24-year-old was later confirmed as having suffered a cardiac arrest on the pitch against the Cincinnati Bengals, after medical workers were forced to resuscitate him not once but twice in full view of a horrified crowd of more than 50,000 fans.

It transpired that Eriksen had a pre-existing heart defect that ultimately led to his on-field collapse, whereas for Hamlin it was ‘significant blunt force trauma’ – caused by a collision with the Bengals’ Tee Higgins – that was considered to be the main factor behind his cardiac arrest.

Initially, the safety had got to his feet after the tackle, but soon collapsed backwards and lay prostate on the ground – it was pretty obvious immediately that Hamlin had suffered a severe medical episode.

The only bright note is that Hamlin’s health had improved within 72 hours, to the extent that he was awake, talking with friends and family and asking who went on to win the game between the Bills and the Bengals (that was cancelled, unbeknown to him).

His doctor, Timothy Pritts, apparently replied: ‘Damar, you won – you won the game of life.’

It does seem these days that more and more professional athletes are being struck down by heart attacks and other respiratory issues, so are cardiac arrests more common in sport now than ever before? 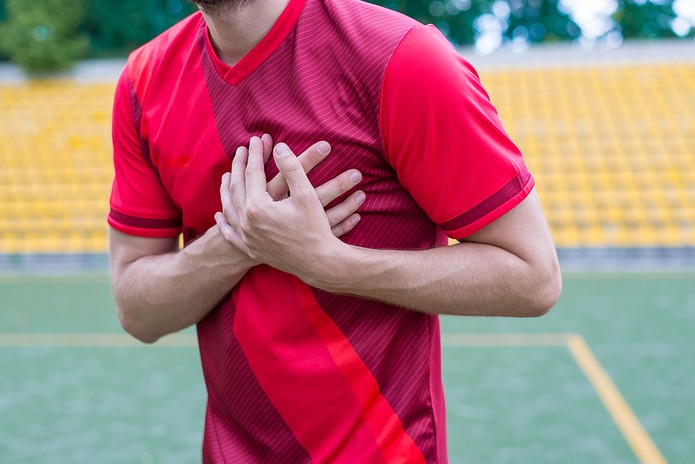 There are two very broad causes of heart attacks in otherwise fit and healthy athletes: a trauma to the chest, as was the case with Hamlin, or an underlying heart condition or defect.

Unfortunately, the latter is very difficult to detect – professional athletes are privileged to the most in-depth medical examinations at regular intervals throughout their career, and even those can fail to identify an underlying condition.

Indeed, worse still, as many as half of those who suffer a Sudden Cardiac Arrest (SCA) have hearts that otherwise appear structurally normal, and whose heart rates are also considered to be in the standard range for a fitter-than-average individual.

Tragically, research in the United States has found that, on average, there is a death of a young athlete every 2-3 days from a Sudden Cardiac Arrest, and so these are more common than you might think.

An SCA event happens when a heart loses its normal rhythm and effectively stops pumping blood around the body. There are typically no prior warning signs, with the defect often genetic and untraceable during routine examinations.

The most common trigger of a Sudden Cardiac Arrest is exercise, hence why athletes are at a higher risk of suffering such an event – and particularly those who have direct family members that have died due to heart disease at a young age.

According to research, men are more at risk of suffering an SCA than women, and genetic differences make some athletes, i.e. African-Americans, more prone to a Sudden Cardiac Arrest than other groups.

Another genetic disorder, hypertrophic cardiomyopathy, can have a similar effect. Here, the muscle wall of the heart becomes ‘hypertrophied’, which essentially means it is overgrown. This makes it harder for the heart to function and pump blood with a steady rhythm – again, this condition can be difficult to detect during routine medical examinations. 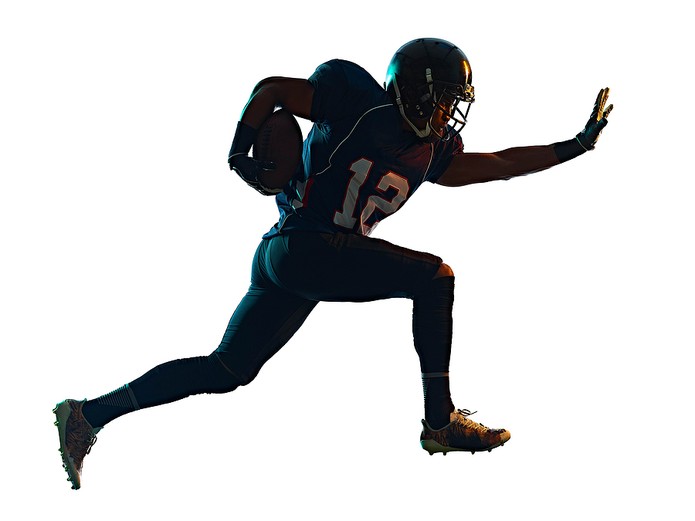 While most cardiac arrests in young athletes are caused by an undetectable heart defect, sometimes a forceful blow to the chest – like that suffered by Hamlin – can trigger a similar response.

Here, the sufferer has a perfectly normal heart, but the sheer extent of the trauma can knock the heart out of its normal electrical rhythm – as such, a Sudden Cardiac Arrest can occur, and cases in which the individual has suffered an SCA as long as four days later after their injury have been reported.

“It’s not about how hard of a hit it was. It’s actually about the timing of when the blow happens.”

NHL Hall of Famer Chris Pronger suffered Commotio Cordis when he was struck in the chest by a puck. He would make a full recovery, despite his heart stopping beating as he lay on the ice.

Sports Stars That Have Suffered a Cardiac Arrest

It’s thought that more than 100 professional athletes have lost their lives as a result of suffering a cardiac arrest while competing, and of course many more have had a heart attack but lived to tell the tale thanks to the quick work of nearby medical professionals.

The list of sports in which SCA’s have been suffered range from football and basketball to American football, ice hockey and weightlifting, while swimmers, cyclists, canoeists and even figure skaters have died as a result of a heart attack.

Football has witnessed its fair share of cardiac arrests on the pitch. Eriksen’s was one of the most high profile, with footage of his collapse and treatment broadcast live to millions of TV viewers around the world.

Thankfully, the Dane survived – despite his heart stopping – and he has returned to professional action, courtesy of an Implantable Cardioverter Defibrillator (ICD), a device fitted in his heart that helps to keep a healthy rhythm. Others, including Daley Blind and Charlie Wyke, have also been able to resume their careers thanks to an ICD.

The likes of Fabrice Muamba have been forced to retire after suffering a SCA, while it’s a great relief that doctors spotted a heart defect in former Brighton midfielder Enock Mwepu early – he had to retire at 24, but that’s small mercy for what could have been a life-saving diagnosis.

Tragically, there’s not always a happy ending. The likes of Marc-Vivien Foe, Cheick Tiote and Davide Astori, amongst dozens more, have lost their lives after suffering a cardiac arrest while playing or training.

It’s troublesome that the number of deaths of professional athletes from such heart conditions has risen in recent times. That may be due to a failure to detect the true cause of death in years gone by, but of the list of more than 100 deaths of sporting stars under the age of 40 from SCA or similar, some 67 occurred after the year 2000.

Previous Post: « Are Juventus In Danger of Going Out of Business?
Next Post: How Often Do 100/1 Winners Actually Win In Betting? »