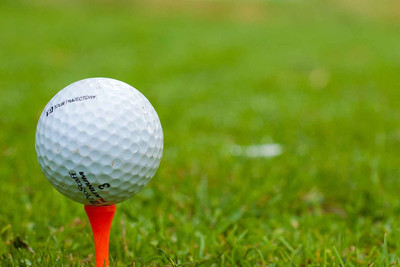 In essence, golf is a simple sport.

If you can get your ball in the 72 holes across the four days of tournament play in fewer shots than the rest of the field, you’ll be rewarded with a shiny trophy and a handsome paycheque for your troubles.

But sometimes golf, and sport in general, transcends such basic explanation.

When Shane Lowry won the Open Championship on Sunday, it was more than just a big cuddly fellow playing better golf in the occasionally apocalyptic conditions than his opposition.

No, this was a victory that transcended ideas of national pride and religion.

As such, they were banking on the likes of Rory McIlroy, Graeme McDowell and Darren Clarke to joist the Claret Jug in the most amazing of circumstances.

The challenge of that trio fell away quite quickly, but there was still hope for a fanbase desperate for a ‘local’ winner.

Shane Lowry is from the Republic of Ireland, and you don’t need to be a history buff to know that folks from either side of the border tend not to get on all that well at times.

But as is often the case, sport can ascend to a higher plain that mere politics and occasionally misguided nationalism, and that’s why the whole of Ireland got behind their man.

The support he received on Saturday, as he compiled a course record round of 63, and on Sunday as he closed in on a first major title in horrendous conditions, was like an unstoppable force. Lowry must have felt like he couldn’t be beaten, and it’s little wonder he referenced the crowd on more than one occasion in his victory speech.

This was not about Northern or southern loyalties, Catholics or protestants, this was an Irishman who delivered unbelievably good golf on home soil in front of a packed crowd who were desperate to see him prevail.

His subsequent six-shot victory was forged on Saturday and confirmed on Sunday, and so neutral observers were shorn of the chance to see a titanic conclusion. Much like these incredible endings to previous Open Championship renewals.

It’s rare that a major golf tournament descends into battle between two players.

But the British Open seems to have a history of two players separating themselves from the field; as seen in 2016 at Royal Troon in the epic showdown between Henrik Stenson and Phil Mickelson.

Arguably the best head-to-head in the Open Championship came back in 1977, when Tom Watson and Jack Nicklaus – two of the legends of the game – battled it out on the back nine at Royal Turnberry.

Between them they had already won the Claret Jug three times, and they were certainly the best Links players of their day.

Neither gave an inch over the first 16 holes, but then a are lapse in judgement from Nicklaus – who missed a four-foot putt – enabled Watson to take a one-shot lead into the last.

Nicklaus, as was his trademark, did not give up, and even sank a 35ft monster on the eighteenth green to give himself a chance.

But Watson had played a tremendous hole from tee-to-green, and he tapped home a putt at the last to secure one of the most memorable British Open wins of all-time. The manner in which the two embraced at the conclusion of the action confirmed that they both knew what they had achieved.

It had been nearly two decades since an Englishman had gotten their hands on the famous Claret Jug.

Even so, expectations were high with Nick Faldo, at the time in 1987 one of the finest players in the world, poised to end the home drought.

He pitched up at Royal Muirfield in Scotland and, sure enough, battled his way towards the summit of the leaderboard heading into the final round.

Standing in his way were two significant obstacles: Paul Azinger, a player who would go on to win 16 titles worldwide including the 1993 PGA Championship, and the wind, which was blowing an absolute monstrosity of a gale with gusts exceeding 30mph.

So Faldo put his Links knowledge to good use, refusing to take any risks and instead settling for 18 straight pars.

Azinger, who held a one-shot lead heading into the final round, was more attacking and fired many of his approaches at the flag, but it was a strategy doomed to failure. He bogeyed two of the last three holes, so Faldo – doing his best impression of the tortoise vs the hare – edged his way to what was his first Open Championship triumph.

When you hold a six-shot lead heading into the final round of a major, you really ought to be converting.

But Sergio Garcia was known for tempestuousness earlier on in his career, so even with what appeared to be an insurmountable lead at Carnoustie in 2007 there were some who were expecting drama.

And so it proved, as the Spaniard made a series of rudimentary errors – albeit on a demonic Scottish Links layout – to let the field back into contention. Padraig Harrington did not need to be asked twice.

The Irishman played the round of his life just to get back into the mix, but even then he was relying on Garcia fluffing his lines before the Claret Jug became a possibility.

But the Spaniard could at least be relied upon for that, because with a knee-knocking seven foot putt left on the eighteenth to win he, almost predictably, missed, leaving he and Harrington locked in a play-off.

So much of sport is about momentum, and once again that proved to be the case as Harrington – on the crest of a wave – saw off the hopes of a demoralised Garcia in four to become the first Irishman in 60 years to win the Open Championship.

Garcia would at least have his own day in the sun when winning the Masters of 2017.

No examination of the Open Championship’s history would be complete without another hands-over-the-eyes look at Jean Van de Velde’s scarcely believable collapse.

The affable Frenchman was cruising to victory at Carnoustie in 1999, with a three-shot lead heading into the final hole on Sunday.

The engravers were already etching his name onto the Claret Jug, but nobody could have believed what was still to unfold.

After an errant tee shot, Van de Velde made the bizarre decision to attack the long Par 4’s green in two, rather than playing safe and laying up.

It was a decision that must still haunt him to this day, as his second landed in thick rough before his third found a water hazard. Cue scenes of the clearly panicking Frenchman taking off his shoes and attempting to play out of the drink.

In the end, his triple bogey on the last allowed local favourite, Paul Lawrie, into a play-off, and Van de Velde simply had nothing left in the tank.

Lawrie won, but it’s the Frenchman who is most remembered.

Previous Post: « After Steve Bruce’s Appointment and the Sports Direct Debacle, Are Newcastle United Heading for Implosion?
Next Post: What Will Boris Johnson’s Appointment as Prime Minister Mean for Sports Betting in the UK? »