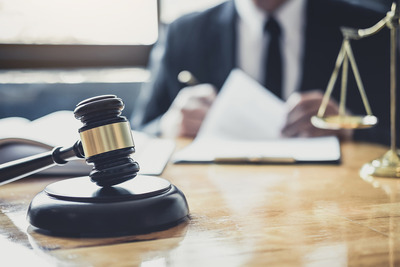 You can’t help but have immense sympathy for the family of Emiliano Sala, who have had to grieve the loss of their loved one in the most public way imaginable.

And just as they had a chance to go through the grieving process in private, as the more sordid allegations and revelations of the plane crash that caused his death have gone cold, now the story has hit the headlines again.

Cardiff City and Nantes are battling it out over whether the Welsh club is legally obliged to pay the first instalment of Sala’s transfer fee.

The Bluebirds originally purchased the striker for £15 million from the French outfit, with the fee to be paid across three even instalments of £5 million.

Sadly, as we know, tragedy struck, and so while various contracts were signed Sala never kicked a ball in anger for Cardiff.

As you may have guessed, this is a rather unique situation and the two clubs have been arguing tooth-and-nail about the right outcome – to the extent that FIFA have become involved.

The situation is complicated further by the fact that 50% of the disputed transfer fee is owed to Bordeaux, who had a sell-on clause installed in Sala’s contract at Nantes.

And the governing body has decided that Cardiff are liable to pay the sum that is ‘corresponding to the first installment due’.

The Spirit of the Game

The Welsh club are arguing that Sala technically wasn’t their player when he was killed, and so they shouldn’t have to pay the fee as the deal was not legally binding. They are said to be appealing FIFA’s decision.

“It is not a surprise [the decision], it confirms the position that FC Nantes has held for the last nine months: Emiliano Sala signed with Cardiff; his contract with Nantes was over; the international transfer contract (ITC), delivered by FIFA, states that on the day of the accident Emiliano was indeed a Cardiff player.”

The Bluebirds have responded by saying that the contract was in fact null and void, after the Premier League – of which Cardiff were a part at the time of Sala’s ‘signing’ – allegedly rejected a series of clauses that Nantes had installed in the original contract. That meant the transfer did not have the clearance required for it to be ratified.

Sala was reportedly flying into Wales to sign a new version of the deal when his plane crash landed, and so officially he was not registered as a Premier League player.

Of course, money talks in football and it’s easy to be cynical, but should the two clubs really be arguing so publicly given the circumstances? Maybe a joint-donation to the family or a charitable foundation using the disputed fee might be considered less vulgar….

Given the circumstances, the matter is also now in the hands of various insurance companies as well.

The insurers of both Cardiff and Nantes are now looking into the smallprint of their agreements, and this process will also have an impact on whether the Welsh outfit are liable to pay the outstanding transfer fee or not.

A key determining factor of the case will be whether it is held that Cardiff or Nantes’ insurance firm is responsible for paying up the money ‘lost’ – or, perhaps, that the aviation company that sanctioned the flight will be liable via their public liability insurance.

The legality of the flight, and specifically the plane that cost Sala and pilot David Ibbotson their lives, has long been questioned. The Piper Malibu aircraft that was contracted to the job is not allowed to be used in a commercial operation, while Cardiff have questioned why a pilot with only a private licence was allowed to take what constitutes a passenger flight.

It has also been alleged that Cardiff had offered to pay for a British Airways flight to take Sala to the UK from France, which also complicated the question of who is liable for the outstanding sum.

So What Happens Next?

Unfortunately for Sala’s family, who surely want a line to be drawn under this so that they can remember the man himself without all of this legal fallout, the bad news is that the fight could continue for quite some time yet.

Cardiff have maintained that they will do the ‘right and proper thing’, and that may mean they settle up based upon FIFA’s ruling.

However, news reports suggest they aren’t happy with the organisation’s findings in the case, and that they will continue to fight based upon the ‘duty of care’ the club has to get the right result for their stakeholders.

And that means the legal battle may go over the head of FIFA and to the Court of Arbitration of Sport in Lausanne, Switzerland, which has presided over some of the most landmark cases in sport, including doping in cycling and cases of ‘hyperandrogenism’ in sport such as that of Caster Semenya.

The aim of the court is to provide mediation at the highest level – the CAS ruling cannot be overturned, although it can appealed.

And then there is also the separate issue of Cardiff suing the aviation company that offered the Sala flight, although an investigation into the crash is still ongoing – that will delay a final resolution even further.

As if to compound the misery, Sala’s estate may not even receive the wages he had signed for if Cardiff do decide to appeal the various judgements. In this case, Nantes may be obliged to pay the rest of their former player’s contract to Sala’s family.

Either way, this is a case that could run and run. Let’s hope neither club forgets the tragedy at the centre of their money-grabbing battle….

Previous Post: « Why the English Football League Should Scrap the League Cup
Next Post: The History of Towcester Racecourse: A Unique Home to Horse Racing »