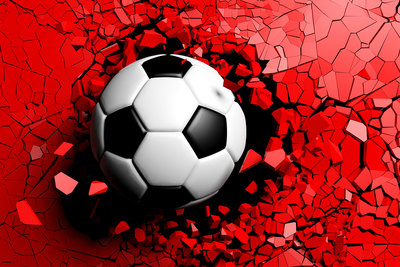 There is a perception that football is a sport that is awash with money.

It’s not difficult to see why people think that way when you consider the huge transfer fees and salaries that are paid out, but the reality is actually very different.

It is estimated that more than £1.6 billion in outstanding in unpaid transfer fees around the world, and with clubs facing financial turmoil due to the shutting down of sporting activities and other economic factors it will only take one big outfit to go bust for a whole chain of catastrophic events to unfold.

For context, it has been reported that 12 of the English Premier League’s 20 teams entered the 2019/20 season with their balance sheets in the red, with wealthy owners underwriting debts topping £100 million at Chelsea and Everton, as just two examples.

And after the turmoil in the first half of 2020, Fleetwood Town’s owner Andy Pilley believes that ten ‘famous’ clubs could go bust this year. Over in Belgium, Lokeren were the first casualty of the sporting blackout, filing for bankruptcy in April.

So how bad is football’s debt problem, and which clubs from around the world are most at risk of going bust?

Deep in the Red 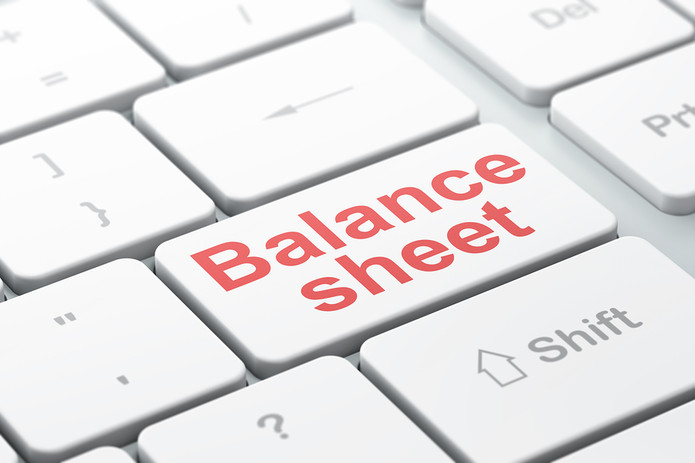 When you go into a shop to purchase something, you select what you want and pay the cashier the amount specified on the label – nice and simple.

But when football clubs buy a player, they don’t actually send the cash to the seller’s bank account. Instead, there is a system of debt that builds up that – in the real world – would have the bailiffs round in a flash.

If Team A buys a player from Team B, what they can do is use debts owed to them by Team C to act as a guarantee on the transfer. And so, exorbitant fees are able to be paid without any ‘real’ money exchanging hands.

At world-famous clubs such as Manchester City and Barcelona, the net transfer spend is typically tens of millions in the red every season – a loss covered by wealthy owners, matchday revenue and global sponsorships and commercial partnerships.

Lower down the footballing spectrum, there are far fewer certainties. In England, for example, there is a system in place which sees Premier League revenue drip-fed to teams in the EFL – however, the amount being paid out has begun to dwindle, with TV revenue down some £400 million in the period 2019-2022.

And then the so-called ‘solidarity payments’ for the third and fourth tier have also diminished, meaning that some of the poorest clubs in the pyramid aren’t being supported financially – and that could spell disaster moving forward.

Which clubs at all levels of the game are most in danger? 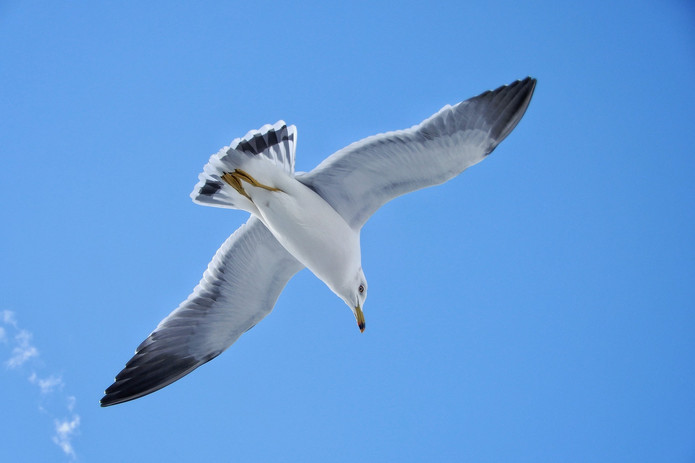 In January, a report was released that showed the clubs carrying the most debt in European football.

Some of those outfits, such as Manchester United and Juventus, are fine because they generate huge global revenue to cover such a loss, but for more unfashionable clubs carrying huge debt can be a disaster waiting to happen.

Brighton’s debt is a whopping £200 million, and that puts them on a par with some of the biggest clubs on the continent. The problem is they don’t have the same clout as Juventus and co, and their Premier League status continues to hang on a knife edge.

They spent more than £50 million on players in the summer of 2019, and racked up serious debt when building their Amex Stadium home and their elite Football Performance Centre.

Some of the debt can be underwritten by their wealthy owner, the professional sports bettor Tony Bloom, but should they taste relegation within the next season or two it could spell financial implosion for the Seagulls.

The issues at AC Milan have a chicken and an egg feel about them.

The Rossoneri used to be a dominant force in Italian football, but their lack of prowess on the pitch has caused a calamity on their balance sheet.

No European football doesn’t help when trying to maintain a global brand – they have been usurped by Juventus and rivals Inter in the past decade, and because of a lack of prestige they have to pay over the odds to attract players to the San Siro.

In the year to June 2019, Milan’s debts reached a staggering £130 million, and despite investment from Elliott, an American hedge fund, so far the situation has yet to improve.

Indeed, quite the opposite is true, with Sky Sport Italia reporting that Elliot had to pump more than £250 million into the club’s coffers just to keep them afloat.

These may seem like the unlikeliest of words, but Silvio Berlusconi’s absence has been a huge blow for AC Milan. 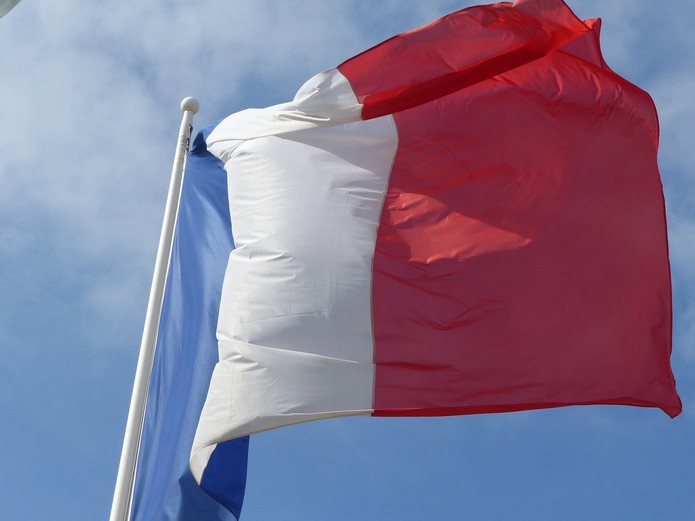 The deal would have secured the French club’s long-term future, but unfortunately talks broke down and the Ligue 1 outfit remained in financial peril.

It was telling in the midst of the current chaos that the club’s board member, Bernard Caiazzo, spoke so apocalyptically about the future of French football.

“I am very, very, very worried for all the clubs,” he said in April. “Without state aid, within six months, half of professional clubs will have to file for bankruptcy. The five major leagues have already lost €4 billion and the French league between €500m and €600m.”

The predicament of Saint Etienne has been worsened by their performances on the pitch, and they remain embroiled in a relegation dogfight at the wrong end of the French top division.

Demotion would cost them tens of millions, and that could be a disaster for a club not flush with money prior to the global troubles of 2020. 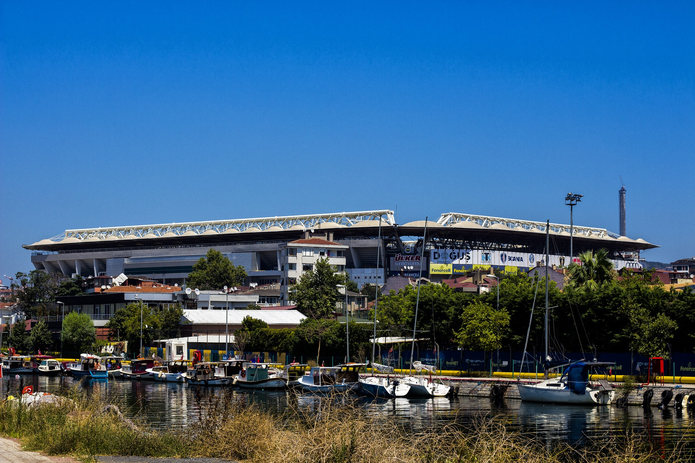 Turkish football is in a state of financial disrepair, and the situation is the most gloomy for Fenerbahce.

As of 2019, their debt had reached a scarcely believable €620 million, which was attributed largely to overspending on player wages – it was revealed that Fenerbahce paid their players in their native currency, rather than the Turkish Lira. Downturns in the value of Lira left the club paying hugely inflated sums to their team.

Without tourism, the Turkish economy will suffer and there is genuine fear that the government there will not be able to bail out clubs like Fenerbahce if their financial predicament worsens.

They may not be a top-flight player these days, but Bolton Wanderers are still a proud old club, founded 146 years ago, that has won the FA Cup four times and played in the Premier League.

Sadly, the Trotters have been beset by chronic financial mismanagement, and in May 2019 they were forced into administration due to an unpaid tax bill of £1.2 million.

That led to a point deduction and probable relegation to League Two, which will in turn lead to lower income through fewer season ticket sales. The impact is like a house of cards coming crashing down.

The club’s takeover by Football Ventures Ltd has granted them a temporary stay of execution, but they are still struggling to pay players on time and there is the spectre of unpaid debts to creditors that need to be paid.

Many of the measures put in place so far have been papering over the cracks, and right now the future for Bolton Wanderers appears to be very bleak indeed.