Jack Nicklaus once said that ‘Donald Trump loves the game of golf more than he loves money.’

That’s quite a bold statement given the former US President’s love of the green stuff, made famous by his multiple successful (and many failed) business interests, and so you know that Trump really does enjoy his golf. Indeed, his two great loves go hand-in-hand if this tale about winning a $429 million bet on the course – yes, you read that correctly – are true.

He’s actually put his money where his mouth is by purchasing dozens of courses around the globe, and one of those – Trump National in Bedminster, New Jersey – has hit the headlines recently.

It had originally been picked as the host venue for the 2022 PGA Championship, one of golf’s four annual majors, however that offer has now been rescinded by the PGA in the wake of the riots at the Capitol Congress building, which Trump did little to placate….some might even suggest he incited the violence that left four people dead.

Either way, he’s been punished at the polls and now in his beloved golf, with the PGA yet to announce a replacement host. Their president, Jim Richerson, said:

“It has become clear that conducting the PGA Championship at Trump Bedminster would be detrimental to the PGA of America brand and would put at risk the PGA’s ability to deliver our many programmes and sustain the longevity of our mission.”

Typically for Trump, he’s come out fighting – claiming the PGA have reneged on a ‘binding contract’. This might be another battle he ends up on the losing side of.

Which Golf Courses Does Donald Trump Own?

In addition to the Trump National layout in Bedminster, the former President owns 16 other golf properties around the globe.

He came in for criticism when elected when he refused to divest his business interests, meaning that he governed policy that could possibly enhance the conditions in which his many corporate investments – including those golf courses – operate in.

His first dabble in golf real estate came back in 1999 when he opened his first course – the Trump International Golf Club – in Palm Beach, Florida. A $45 million lawsuit followed his purchase of the famous Mar-a-Lago resort after he complained about the number of aeroplanes flying overhead, which Trump won and used the subsequent finances to acquire the land upon which the course would be built.

As the financial crisis of 2007 and 2008 took hold, Trump began to purchase golf courses and resorts which had fallen on hard times. He renamed a layout in Colts Neck, New Jersey to Trump National, while other properties across Florida, Los Angeles and North Carolina – the latter redesigned by Greg Norman – duly followed.

One of his most famous courses is the Trump National Doral – that was a regular on the PGA Tour and features a six-foot tall portrait of Trump that was allegedly paid for using funds raised by his charitable foundation. The Trump National Los Angeles is another famous layout – the most expensive construction outside of Asia – although this faced disaster in 1999 when a landslide saw the 18th hole tumble into the ocean.…the subsequent rebuild cost $60 million and saw more than one million tonnes of earth moved.

And then there’s the Trump Golf Links at Ferry Point, New York. This curious relationship sees the Trump Organization and the New York City authority jointly operating the venue, with the city paying all of the course’s bills without taking a cent of the earnings….answers on a postcard.

For the Trump National course in Bedminster, the Don hired renowned architect Tom Fazio to build a layout worthy of hosting a major – the resulting construction is said to have cost Trump $60 million.

Outside of the USA, Trump owns numerous golf resorts in Dubai and has even used his financial muscle to snap up classic Links tracks in Scotland, including the former Open Championship host Royal Turnberry. It hasn’t been asked to host another edition of the Open since Trump got the keys in 2014. 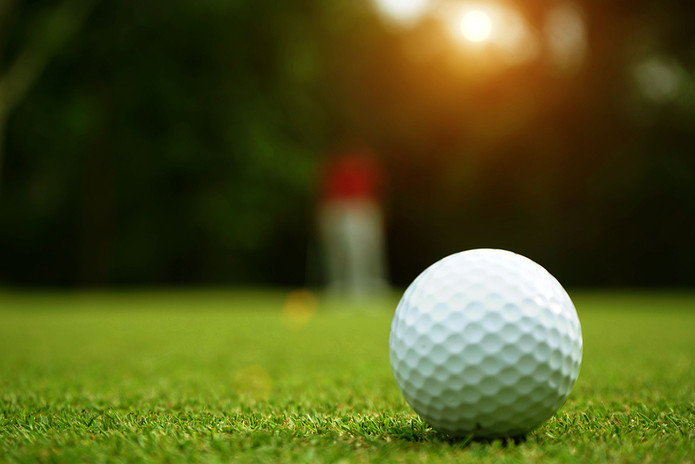 A number of Trump’s venues have been used to host professional events on the PGA and LPGA Tours, while his Trump National course in Potomac Falls, Virginia was used for the 2017 Senior PGA Championship.

The Blue Monster course at Doral hosted the PGA Tour’s WGC-Cadillac Championship between 2007 and 2016, before Trump suffered the ultimate indignity of seeing that event taken off him and moved to Mexico following some rather choice comments he made about Mexican immigrants in his pre-presidency campaigning.

After condemning his words and actions, the PGA Tour moved their Grand Slam of Golf from the Trump National LA, and yet bizarrely the PGA Tour Latinoamerica decided not to switch Shell Tour Championship from the Golden Palm course at Doral Miami.

Previous Post: « Heads or Tails: When Football Matches & Tournaments Have Been Decided by a Coin Toss
Next Post: Racing Behemoth Khalid Abdullah Dies Aged 83 – What a Legacy He Leaves Behind »