There was a research study carried out at the University of Washington where subjects were asked to take a test.

Due to the unique conditions of the examination, the participants were allowed to cheat but if they did, it would be obvious to the marker that they had. So would they go ahead and do it anyway?

The conclusion was a resounding yes, and alarmingly those who had cheated when later quizzed would reveal that their mood hadn’t changed at all despite their infraction, while those who hadn’t taken the opportunity to cheat found that they actually felt worse for not being dishonest.

And they say that cheats don’t prosper….

Cheating in sport has been around for centuries, of course, from the elite right down to grassroots. And those games that can loosely be described as ‘sport’ have also been blighted by nefarious acts of late.

Chess made global headlines when Magnus Carlsen, one of the best to take his seat at the board, accused his rival Hans Niemann by handing his opponent the backhanded compliment that his recent improvement had been ‘unusual’.

The Norwegian withdrew from a match-up with the American after just one move in protest, and FIDE – chess’ governing body – has confirmed it plans to investigate Carlsen’s accusation more thoroughly.

Poker has been gripped by a cheating scandal of its own after a player bet £100,000 with a hand of just jack-high….and stunned onlookers when she won the pot. Robbi Jade Lew has been accused of wearing a vibrating ring to alert her to her unlikely supremacy in the hand.

Even the sedate world of competitive fishing hasn’t risen above cheating, with the Lake Erie Walleye Trail contest won by two men – Jake Runyon and Chase Cominsky – who were later found to have stuffed their caught fish with lead weights to ensure they tipped the scales more favourably.

So why are human beings as a species so prone to cheating when competing in sports? 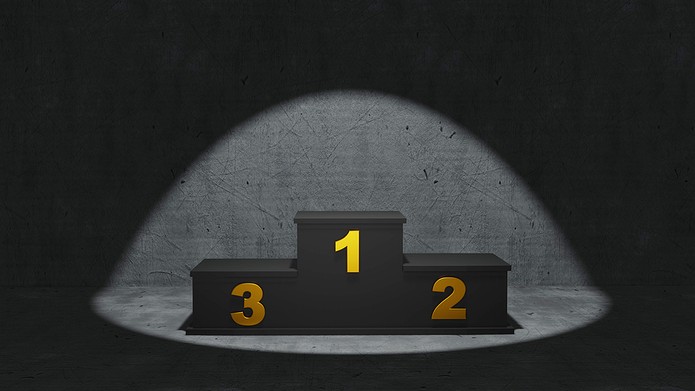 We can categorise cheating in sport into two broad camps:

Should we treat these two types of cheating the same? And what makes somebody predisposed to break the rules in such a way?

Some have the personality type which determines they simply have to win at all costs – even if their natural ability alone if not enough, whereas others cheat, it would seem, simply just to compete on a level playing field with their rivals.

Sometimes, cheating is administered at the state level, with allegations against Russia and their purported doping program seeing them banned from the pinnacle of world athletics, the Olympic Games.

We’ve all heard the phrase ‘will to win’, and it’s actually true that some people feel more of a desire to win than others. That can be seen as a side effect of evolution, as our ancestors would live, breed and survive from being the biggest, the strongest, the most able to secure food and the best at making a home. Some things never change, from the prehistoric age to the modern day.

Winning is also part of identity, and somebody who is renowned as a world-class athlete may be more likely to cheat when things aren’t going their way in order to preserve their reputation – an example of that saw Mike Tyson chew a lump out of the ear of Evander Holyfield in their heavyweight boxing contest in 1997.

Self-worth, rivalries, financial gain, attention seeking….all are viable reasons why somebody might cheat in order to get ahead – in life or in a sporting context.

The Worst Cheats In Sport 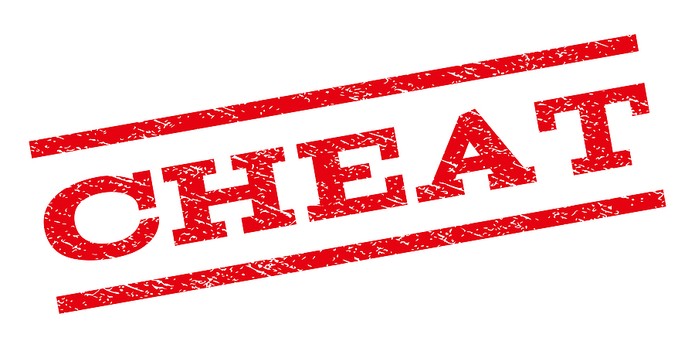 All cheating is bad, of course, in that it results in a person or team winning unfairly, and via means of deception.

But some cheats are so brazen, or so undeserving of their victory, that they really do take the biscuit over all others.

The Ukrainian pentathlete, Boris Onischenko, is one such example. He was actually pretty good at his chosen sport, but after winning a bronze medal at the 1972 Olympics in Berlin, Onischenko decided he would return in four years’ time and cheat his way to gold.

In Montreal, he participated in the fencing discipline with a foil that had been rigged in a way that allowed him to score points with his hand and not his weapon – confirmed by the beeping sound used to alert the judges. After one opponent complained that Onischenko was scoring points without striking him, Olympic officials found a wiring system engineered into the sword’s handle.

One of the attributes that cheaters seem to share is a complete lack of fear – there’s really no concern about getting caught.

It’s why athletes in track and field and cyclists continue to dope and take banned substances even though they will likely be drug tested – it’s cheating at it’s most brainless, you’d have to say.

Perhaps we can be more forgiving to those, like Onischenko, who are a little more ingenious in their ploys. The winner of the marathon at the St Louis Olympics in 1904 was originally Fred Lorz, however he was later disqualified when it emerged he travelled eleven of the 26 miles as a passenger in a car. You almost have to admire his hubris….

American jockey Sylvester Carmouche once did something similar on a foggy day at the Delta Downs racetrack in Louisiana. He pulled up his 23/1 mount Landing Officer after they were completely outpaced, and instead of riding back to the paddock Carmouche simply guided his ride round to the final furlong, re-entered the racetrack and crossed the line – ‘winning’ by 24 lengths.

Stewards, however, uncovered his scheme, and Carmouche was banned from riding for ten years.

And then there’s the spontaneous acts of cheating that define sporting history. When Peter Shilton and Maradona contested an aerial ball during the quarter-final of World Cup 1982 between England and Argentina, it seemed a given that the 6ft 2in goalkeeper – allowed to use his hands, of course – would outjump the diminutive 5ft 4in Argentina.

But no: Maradona rose highest to break the deadlock, and he ran away celebrating his unexpected athleticism.

However, replays showed that he had used his hand to punch the ball into the net, but the unsuspecting referee – this was in the days before VAR, of course – made a judgement call as he saw it: the goal was given, Argentina would go on to with the World Cup and the Hand of God, which formed Maradona’s cheeky defence of his actions, became part of sporting folklore.

It would take Maradona more than 20 years to apologise for his blatant cheating. But, in all honesty, do you think he really regretted it, given the hero status he earned in his native Argentina?

Previous Post: « Are Football Teams Allowed to Make Political Statements On Their Kits?
Next Post: Why Do Taxpayers Have to Pay for Sporting Events and New Stadiums? »