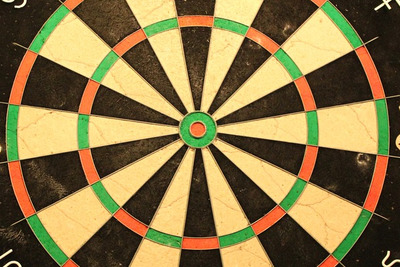 Anybody who watched the Grand Slam of Darts 2018 in November was in for a treat.

Not only was it a fantastic spectacle as far as the quality of play was concerned, there were also a couple of incidents that confirm darts as a unique, and highly entertaining, sport to watch.

Gone are the days of players chugging pints and smoking 20 B & H during a match, but even so some of the antics of the players at the Grand Slam harked back to the days of yesteryear when darts was seen as nothing more than a game brought out of the pubs and plonked on the telly for the same crowd who enjoyed snooker, bowls and the like.

First up was the last 16 clash between Gary Anderson and Wesley Harms, which was billed as a battle between the rival organisations that are the PDC, whom Anderson throws for, and the BDO’s Harms.

But any concerns of bad blood on the oche were, erm, blown to one side by a bad belly, with both Anderson and Harms accusing one another of breaking wind on stage.

In the end, Anderson held his nerve – and quite possibly his breath – before completing a 10-2 victory. Afterwards, the two players acted out a classic ‘it wasn’t me, it was him’ scenario that will be played out in homes across the globe this Christmas; particularly those where a) there’s Brussel sprouts on the menu, and b) elderly relatives are coming to stay.

Anderson did not let that ill breeze blow him off course as he made it all the way through to the final of the Grand Slam, where he took on Welsh bad boy Gerwyn Price.

Price has built a reputation on his ironman-like physique (he used to be a professional rugby player) and his aggressive antics on stage, which include rather over-zealous celebrations carried out within his opponents’ personal space.

He was up to his old tricks in Wolverhampton, and at one point Anderson pushed Price to one side as he tired of his opponent’s behaviour.

In the end, it was Price who prevailed 16-12 as Anderson completely lost his head, and the ‘Ice Man’ was quick to stick the boot in on his rival. “He can’t handle playing me. He just moans every time that I’m doing this, doing that. Concentrate on your own game,” he said afterwards.

“He doesn’t like it when it’s a little bit up him, so unlucky.”

Believe it or not, darts is a sport with a long lineage of bad behaviour, from accusations of cheating and putting an opponent off to physical dust-ups that threatened to boil over into something rather unsavoury.

Here’s a selection of the tastiest darts moments through the years.

Pipe Unblocks Himself During ‘Coughgate’

Darts is a sport of fractions, where millimetres separate success from failure, glory from despair.

And so it’s only fair that the players get the best of order as they step up to the oche and throw their arrers.

These days, you’re likely to get 10,000 people, ranging from the lightly sozzled to the absolutely hammered, screaming and shouting at you when you’re attempting a match-winning double, and there’s not much can be done about that.

But you certainly don’t expect your opponent to do their bit to put you off as well….

But that’s exactly what happened at the 2018 World Championships, when qualifier Bernie Smith took on Justin Pipe in the first round.

Kiwi Smith was in unchartered territory on the TV stage, but he took his moment to shine with aplomb, racing into a 2-1 set lead against the more experienced Pipe.

Smith needed to checkout 56 in the fourth set to win the match and set up a dream second round tie with Phil Taylor, and after hitting the single 16 with his first dart he had two in hand to complete a memorable victory on tops.

But Pipe had other ideas, and the Sky Sports cameras picked him up clearly coughing when his opponent threw at the double; the second dart being greeted by an almighty hack from Pipe that Bob Fleming from 1990s comedy hit The Fast Show would be proud of.

Pipe would go on to win the match, albeit a victory which left a rather sour taste in the mouth.

With 21 world titles between them, you know when Phil Taylor and Raymond van Barneveld met you were in for a cracking show.

But at the 2013 Worlds, it was the unsightly tussle at the end of the match which rather overshadowed the darts thrown during it.

The pair had played out a mini classic in the semi-finals, with The Power eventually getting over the line 6-4 against his old adversary.

Taylor celebrated with uncharacteristic exuberance when the final double landed, and after a momentary pause the two players came forward for the customary handshake.

At this point, RVB pulled in his opponent with quite some gusto, almost pulling Taylor off his feet. The 16-time world champion reacted with a show of aggression of his own, and it looked at one point as if these two greats of the game might come to blows on stage.

After cooling off, Taylor subsequently apologised to the Dutchman. “Raymond’s a big lad and he has a strong handshake, and when he pulled me, it hurt me.

“I’m very close to Raymond, he’s a great competitor and it was something that happened in the heat of the moment.”

Sometimes in darts the term ‘cheat’ can be used subjectively. Is Gerwyn Price cheating with his over-elaborate celebrations, and the time it takes for him to retrieve his darts from the board? That is open to debate.

But one player guilty of an act of cheating, there is no other word for it, was Phil Taylor at the Gibraltar Darts Open in 2013.

The Power took out 68 in the clip below, but it’s clear for all to see that the double 12 dart is actually outside the red bit.

Referee Russ Bray erroneously calls game shot, and you can visibly see Taylor pause before taking his dart out of the board while opponent Dean Winstanley cranes to get a closer look. The Power, you sense, knew what he was doing was wrong, but carried on regardless.

The Master of the Mind Games

If ever there was one word to sum up Peter ‘One Dart’ Manley on the oche, it would be nuisance.

He quickly earned a reputation for being something of a master craftsman when it comes to the dark arts of gamesmanship and naughtiness, and the experienced campaigner used all of his nous to see off his young opponent at the 2006 World Championships, Adrian Lewis.

The pair put on a close-fought match with the then 20-year-old Lewis giving a sterling account of himself despite a lack of experience on the big stage.

So Manley did what Manley did best: slow the pace of the game down, take an eternity to retrieve his darts and basically do his best to throw Lewis off his stride.

And it worked: at one point, Lewis was visibly upset and even left the stage, accusing Manley of swearing behind his back as he was throwing.

One Dart went on to win the match, and after wards Lewis complained that ‘he [Manley] turned round and said I was tutting when I wasn’t, and was saying things when I was throwing. I didn’t actually hear what it was, but it was swearing.’

In an interview with Sky Sports years later, Manley said: “To be honest, half the time I didn’t need to do anything, all I had to do was say things like ‘watch out, you don’t know what I’m going to do’ during this game.

“I was trying to ruin his concentration, not so much putting him off. Changing his mind-thoughts and mindsets. Whatever I could do, I would do to anybody.”

The Shark Bites Back

When you’re a former world number one and you find yourself struggling against a qualifier at the Alexandra Palace, the pressure can really get to you.

That’s exactly what happened to Colin ‘Jaws’ Lloyd, the former World Grand Prix champion who was expected to blow away the unheard-of Andree Welge in the first round of the 2011 edition of the World Championships.

But it didn’t quite work out that way, with the match poised at 2-2 in a race to three sets.

Welge took the first leg of the deciding set, and after a poor turn from Lloyd the man known as ‘the Shark’ let out his frustration be delivering an almighty haymaker on the board itself.

What a punch, you might be thinking, and it must have worked. After a stern telling off from the match referee, Lloyd turned the match around and eventually won 3-2.

Previous Post: « FOBT Maximum Stake Limit: How the Government Has Made a Shambles of Our Era’s Most Contentious Betting Issue
Next Post: UEFA Nations League Group Stages: Did Anybody Care & What Happens Next? »