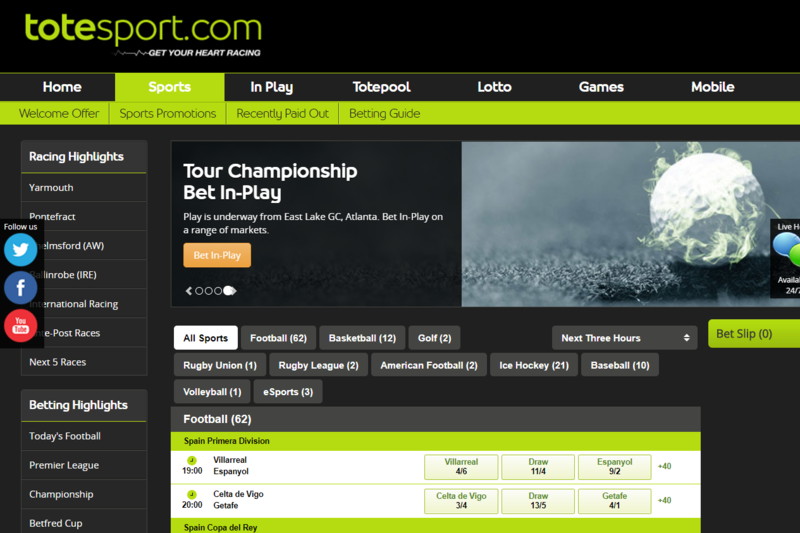 Before any horse racing fans out there get themselves in a panic, rest assured that ‘The Tote’ is alive and well. If you are wanting to place your bets alongside other punters as part of a large betting pool, the Tote firmly remains an option. If you want to wager your cash at Totesport, however, this is no longer the case as it ceases to exist both physically and online. 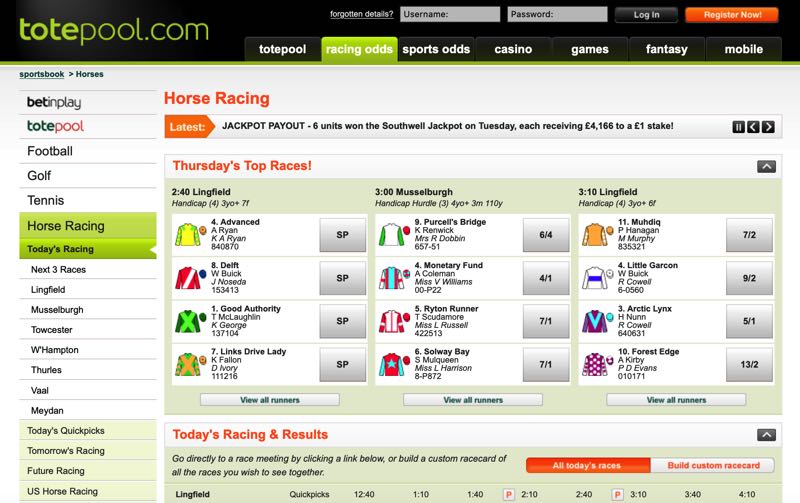 The Tote has a background unlike any other bookmaker still around today. Created in 1928 (by none other than Winston Churchill), it became the first and only bookmaker permitted to take bets on horse racing. The then government-owned bookmaker was created to provide a safe and legal alternative to off-course bookmakers. A government-commissioned study in 1989 recommended selling off the Tote but, due to opposition and other difficulties, it remained in the hands of the state until 2011.

Pushing on with plans of the previous Labour government, the new Conservation-Lib Dem coalition began a competitive bidding process to find a private buyer for the Tote. This started with 18 companies formally registering an interest but five months later only two remained, Betfred and Sports Investment Partners. The former was the company selected by Culture Secretary Jeremy Hunt with a deal worth a total of £265m to the government (later reduced to £233m due to early payment).

At this stage, it is important to note that the Tote’s offering had long evolved from simply offering their unique horse racing pool betting. In a significant rebrand in 1973, the Tote transformed into ‘Tote Bookmakers’. Within Tote branches, punters could now bet on a range of sports, at fixed-odds, in addition to any ‘Tote’ bets they wish to place. By offering both kinds of bets, the Tote ensured it remained a popular betting destination.

Jump ahead to 2004 and the Tote expanded their catalogue further when unveiling ‘Totesport’. Again, while the site offered their usual Tote bets, they stepped even closer to being a traditional bookmaker. Equipped with a new website, Totesport was able to offer a wide range of markets at odds determined by themselves, much like their main competitors.

By the time of the successful 2011 Betfred bid, Totesport had a large high-street presence thanks to their collection of 517 physical stores. Following the sale though, Totesport disappeared from town centres as they were converted into new Betfred stores. The name ‘Totepool’ did, however, continue to live on at UK racecourses despite the change in ownership. Additionally, Totesport continued to operate online, offering a very similar experience to major online bookmakers including Betfred itself.

Despite removing the high-street presence, Betfred continued to run Totesport as an online venture (as well as running Totepool at racecourses). In 2015, they made major improvements to the website and mobile app, as well as making a £155m commitment to thoroughbred racing, spread across several years. The issue, however, was that Betfred’s exclusive licence on pool betting only lasted seven years after their expensive deal to purchase the Tote. Seizing an opportunity, the Jockey Club and Arena Racing Company (who between them control the vast bulk of British racecourses) announced they would launch their own on-course pool betting, named Britbet.

The sour fallout from this saw Betfred close 49 of its 51 on-course betting kiosks in what was largely an act of retaliation. A bitter Fred Done, owner of Betfred, declared the racing would have to live without his company following his withdrawal. It was a move that cost the racing industry £6m, initially, as Betfred also stopped the sponsorship of all races. 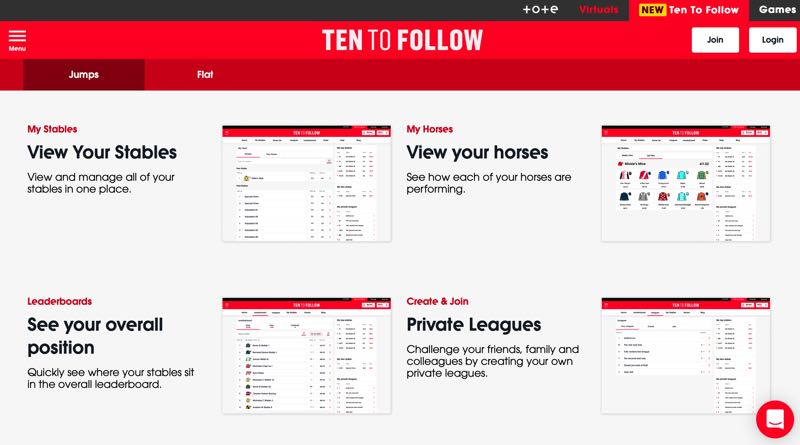 With the Tote now in disarray, a new buyer was desperately needed to come to its rescue. This came shortly after with the UK Tote Group (formerly Alizeti) able to strike a deal with Betfred. The deal was funded by over 130 different shareholders, who were united in their love and passion for horse racing. They had already purchased a 25% stake in May 2018 at a cost of £25m but made another commitment to pay £95m for the remaining 75%.

The new owners quickly signalled their intention for the Tote to return to its roots. Following the completion of the deal, which valued the Tote at £115m, the new Tote website launched, replacing the now-retired Totesport. The rebranded website, which used a red and white colour scheme rather than Totesport’s green and black came with one major difference. This was that the Tote would go back to only supporting pool betting and would not be offering fixed-odds bets like Totesport did.

The new Tote, therefore, is not a traditional bookmaker but they do offer an impressive range of pools bets spanning across lots of horse racing and selected football matches. One big change was the return of the Tote Ten to Follow. This unique season-long competition sees participants assemble a stable of 10 horses, with each awarded points for winning and being placed in races. The better the quality of the race, the more points are earned.

Although what the tote.co.uk site offers is significantly different from what totesport.com provided before its retirement, all active accounts were simply transferred over to the new site. This included both personal details and account balances so players could easily place their bets, just no longer at fixed odds. Indeed, if you try to head to www.totesport.com now you will simply be re-directed to the old website. This was a major rebranding effort and a move that helps the Tote stick out from the crowd as it is no longer directly competing with other bookmakers.

We should mention, however, that despite removing fixed-odds betting, the Tote has still kept a range of virtual games and casino games. In doing so they do retain a sizeable element of what many users come to expect from an online betting website. They have also done away with the Totesport app, replacing it with ‘Tote Placepot’.

What About Tote Kiosks? 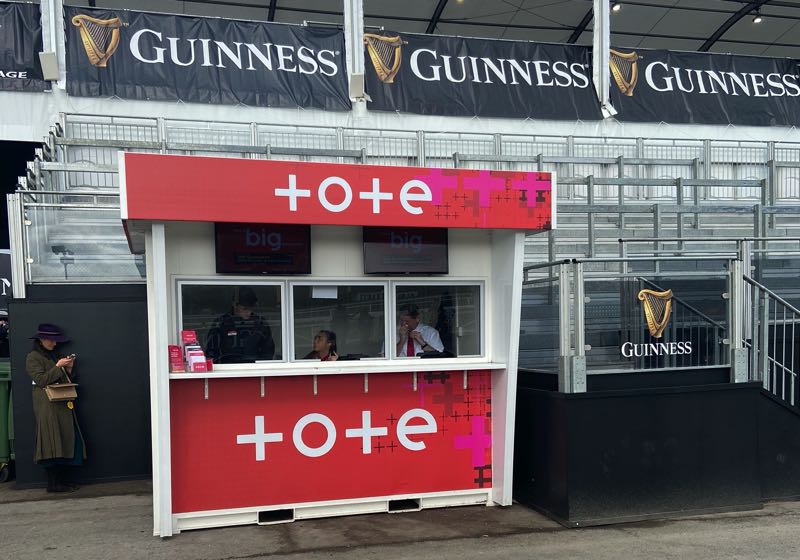 The only place you will find the Tote name in-person is at racecourses. When Betfred sold off Totesport, this did not involve getting rid of their converted stores. The UK Tote Group has an agreement with Britbet who manage the racetrack operations of the Tote across 55 racecourses. When a minority owner of the Tote, the UK Tote Group (then Alizeti) signed a seven-year deal worth £50m with Britbet.

Ultimately, this should be considered a win for the racecourse as Bribet is backed by the racecourse owners themselves. This means more money coming their way, rather than Betfred’s way, as was the case before. This should, in theory, at least, help maintain and improve standards at racecourses across the UK.